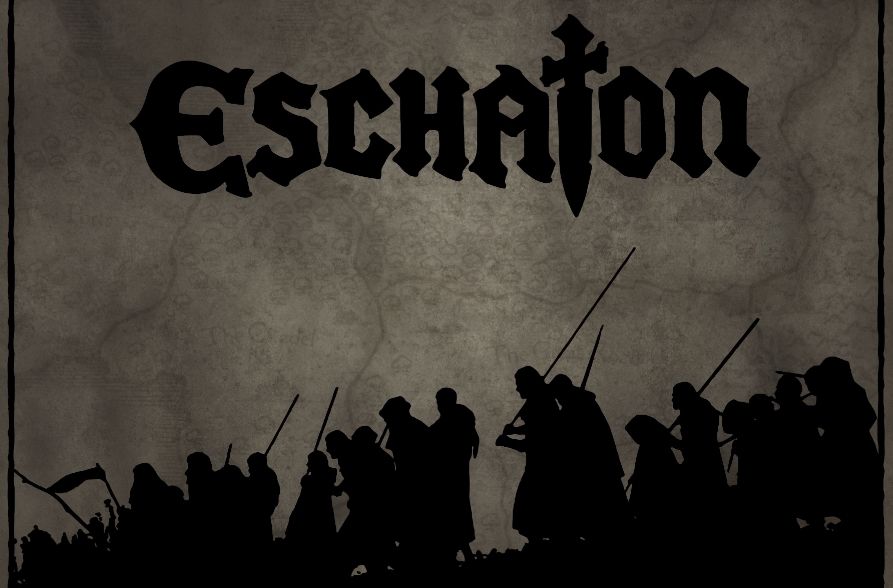 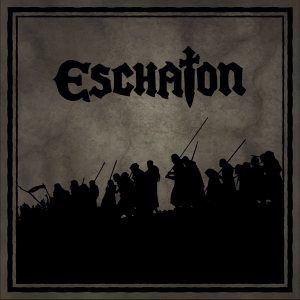 When Geeks Under Grace headed to PAX South 2019, we spent time wandering the exhibition room show floor, checking out games and talking with developers. On the last day, I dropped by the Eschaton booth. I hadn’t really had a chance to check the game out, but their booth seemed pretty busy all weekend, so I swung by and asked if we could give it a shot and write a review. My time with the game has proven it to be a fun deck-building game with strong, polarizing thematic elements that may turn off a lot of players. 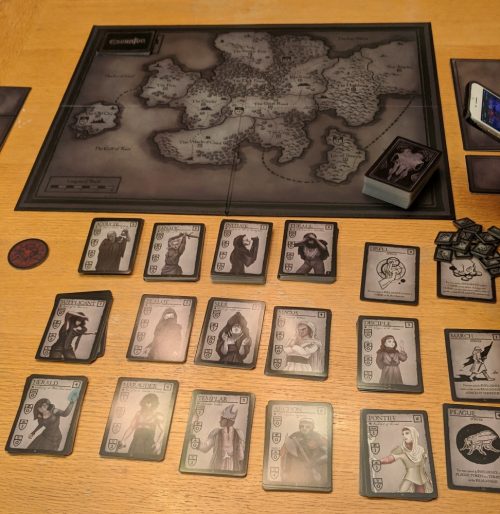 Eschaton is built completely around the premise of each player running a competing cult. Players will initiate new members into their cult. Using divination, players will be able to gain relics and summon demons to fight for them. You can cast curses on rival cults or call a plague to eliminate cult forces from different areas on the world map. You’ll then send your forces across the land each turn in a bid to control territories. All of this is in an effort to earn as much favor for the Dark One as possible before he returns at Armageddon.

At first glance (and probably a few more after that) the cult-based theme of Eschaton could be a major turn-off. Many of us have played games in the past where we were the heroes, taking up a side quest to eliminate the local cult. The cult is usually doing some shady stuff, like kidnapping locals or sacrificing Farmer Barnaby’s livestock. They typically feel like more of a nuisance than anything with real teeth. That is not, however, the case with Eschaton.

Here, you are that cult and there are no heroes to save the people. There are only rival cults to stand in your way. Not only is everything permitted; it’s encouraged. You’ll have to recruit as many to your cause as possible, often sacrificing the weak to strengthen your cult. You’ll pour through arcana, summoning dark beings to your cause and obtaining relics to aid your dark quest. Each turn, you’ll muster your forces and fight to control the land as well. All of this so when Armageddon comes, your cult will be able to earn your rightful place beside the Dark One (or, you know, earn the most points to win the game). 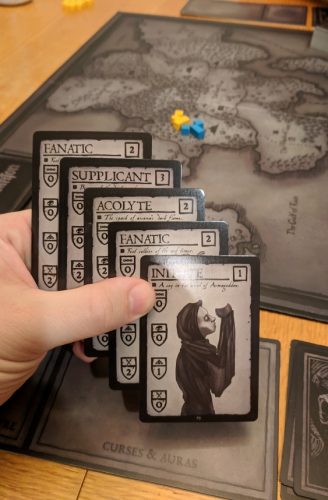 There’s a lot of dark window dressing to Eschaton, and that surely should be taken into consideration when approaching this game. It clearly isn’t intended for all audiences, but I believe it certainly could (and perhaps should) spark some serious discussion of faith and beliefs. When you tear away the facade, though, Eschaton is a solid deck-building game with some interesting mechanics.

There are three different card resources to consider. There’s an Event deck, an Arcana deck, and the Conclave, a library of cultists sorted into stacks to be recruited during the game. At the beginning of a game, each player will be given a basic 7-card starting deck. Players will shuffle and draw five cards. 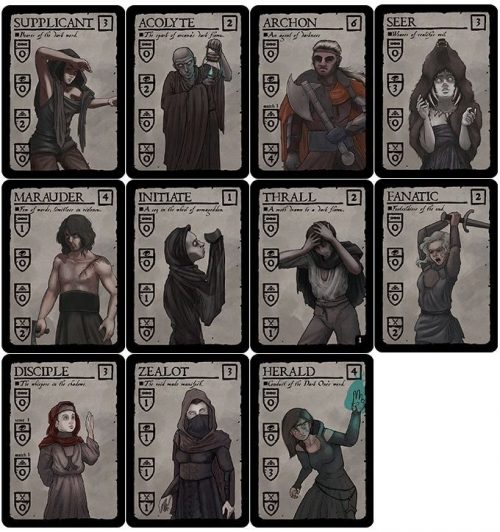 On a player’s turn, he’ll draw five cards. (If he doesn’t have enough in his deck, he shuffles his discard pile back into his deck). All five cards are revealed, and their effects play out through the turn. Each cultist revealed will have four major attributes to consider: Zeal, Divination, Influence, and Aggression.

For each Zeal across the five revealed cards, a player can immediately draw one more card and add it to the hand in play. If another card is revealed with Zeal, it immediately comes into play too. If a player builds his deck in such a way, he can basically create an engine that will have him churning through the bulk of the deck each turn for maximum effect.

For each Divination revealed, a player can look at one card from the Arcana deck, ultimately choosing one to place into his deck. (Some cards have effects that allow players to get more than one). This allows him to potentially augment the deck with nasty critters (demons) that have good stats in several categories or use artifacts to build out more long-term effects. 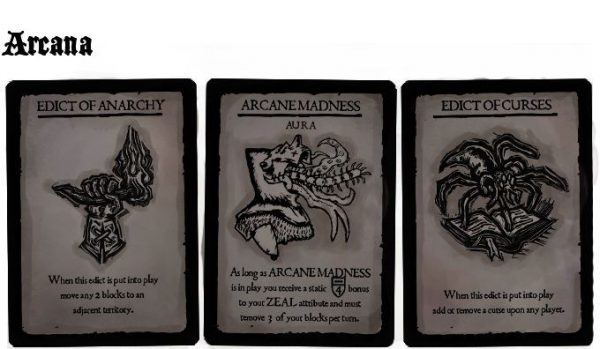 Influence is like a player’s currency for buying new cards from the Conclave. With enough influence, he can recruit 14 different types of cultists to augment the deck or activate powers (like summoning a plague on a location or cursing an opponent). With enough Influence, he can even mix and match. The player could get one Archon for 6 Influence, or a Zealot and Thrall for 3 each. He better use it or lose it, though. None of these stats carry over from round to round.

Finally, players have to tally their Aggression points. This is where the game’s board comes into play. Each player gets 25 colored cubes. For each Aggression a player has, he can perform one of three actions: adding cubes, moving cubes, or destroying cubes. The total actions a player take can go up to his Aggression total. For example, let’s say he have 10 Aggression. He could add 4 cubes, move 3 to an adjacent location, then destroy 3 of his opponent’s cubes in that location (for a total of 10 actions). It adds a neat territory-control twist to the board game, giving a bit of a light Risk vibe to the otherwise card-based game. 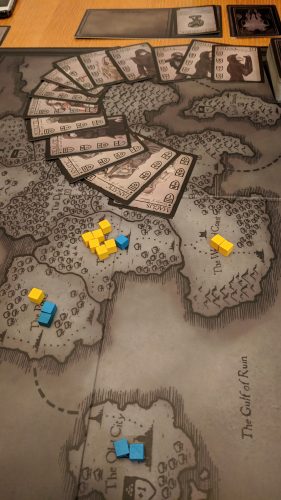 The length of the game is determined by the Event deck—a semi-random, shuffled deck of Event cards. After each full round, an event card will be played that can affect the world at large. When the Armageddon card is revealed, the game ends and players tally their total points (aka Favor). Players take their turns clockwise, starting with the player that has the round marker token (a big, red token with a goat-skull cultist on it). After each player has taken his turn, the token is shifted to the next player, an event card is played, and the new round begins.

From the character design on each card to the game board to the font, Eschaton‘s art style feels intentionally medieval. Everything is either dark, grayscale, or muted in such a way to make it feel dour. Characters feel flat and minimalist just like something you would expect from about 1200 AD. Apart from its dark thematic tones, it’s cohesive and almost inviting. 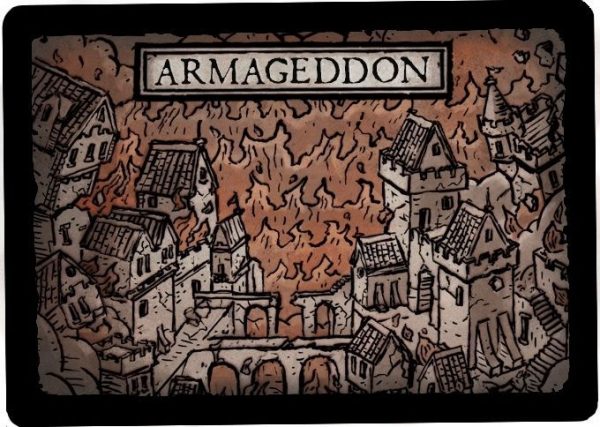 Overall, Eschaton‘s mechanics and art combine to make it a competent deck-building game that cleverly melds territory control (and arguably, engine-building) with it. There’s certainly fun to be had here with a group of folks. For the masses, this may be a difficult sell, though. Thematically, Eschaton feels like it may be the darkest game (tabletop or otherwise) I’ve ever played. I would strongly urge audiences to sit down and consider whether they’d be comfortable experiencing this content before they play.

Eschaton is a fun deck-builder that melds cleverly with territory control. It has strong, dark thematic elements that players should consider before playing.