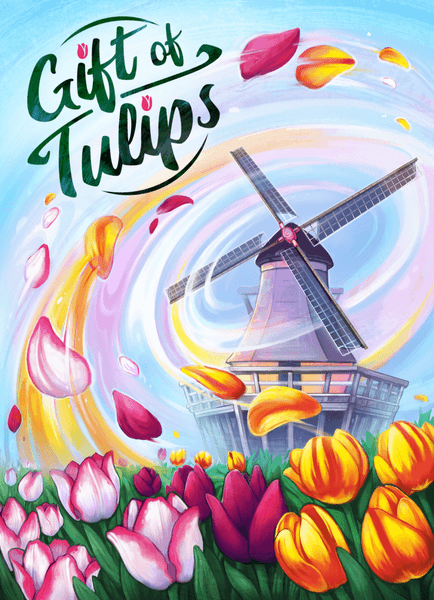 Gift of Tulips sees players visiting Amsterdam’s Tulip Festival, and trying to end with the most points by playing Tulip Cards as gifts, keeping them to bolster their own endgame rank, or using them to manipulate the market. With four beautiful tulip colors, and deeper strategy than you might notice at first glance, it’s time to take a trip to Amsterdam!

There are plenty of competitive, cooperative, and semi-competitive games, but how many games are there in which being generous to opponents is a viable strategy? Gift of Tulips manages to almost weaponize player’s kindness, as giving away the most valuable cards is a boon.

The tulips are ranked from first to fourth place, and a tulip’s rank can mean a number of things. For instance, if the blue tulips are first-ranked, a player can score up to 7 points just by giving away a blue tulip. But if those same tulips are fourth-ranked on the next turn, the player can only get the card value for giving them away. The game actively incentivizes players to donate the most valuable cards, which can lead to some interesting strategies. 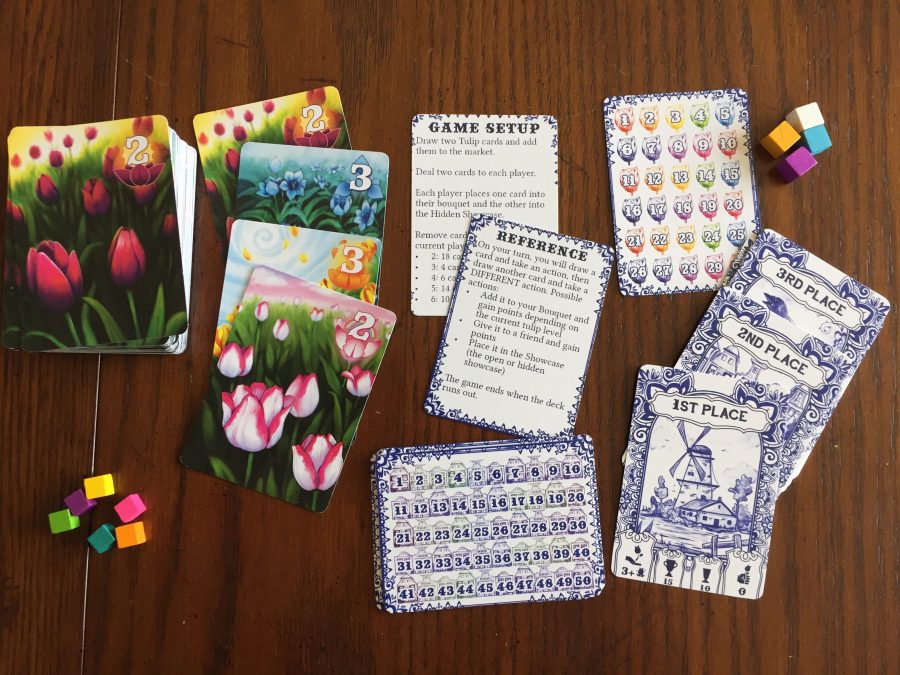 On a player’s turn, they will twice draw a tulip card and take an action. Players may keep a tulip in their bouquet (tableau), give a tulip, or add a tulip to the festival.

Keeping a tulip only scores points immediately if that color is currently ranked 3rd or 4th – otherwise the player is just adding more of the most popular color to their bouquet. Giving a tulip is smart if that color is high-ranked as it will net a lot of points. But players need to be careful to not pass out so many of the top-ranked flowers that they can’t win the endgame bonuses. Adding a tulip to the festival means playing a card underneath a different tulip’s rankings, which will change if that color is now equal to or greater than any tulips previously ranked above it. For example, if blue is in first with a pair of “4” cards in the festival, pink has a single “3” and purple and orange have none, if I add a “3” to orange it will replace pink in the #2 spot, and purple will be last with no flowers in the festival. Players may also add a card to the Secret Festival deck, which is revealed at the end of the game and may alter the rankings. 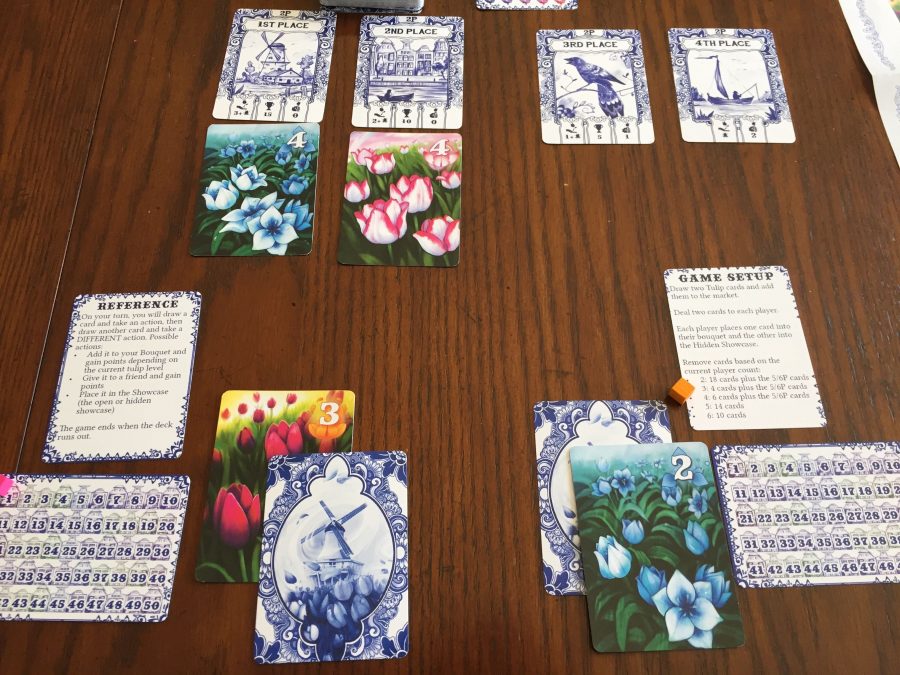 The game setup for 2 players.

Before each game, a number of cards are removed depending upon the player count. This means the quantity of tulips in each color may vary from game to game. I really like that you can play Gift of Tulips with as few as 2 but as many as 6; happily, the game scales well by altering the number of cards used.

Also rare is how players have to help their fellow tulip enthusiasts to win; I can’t think of any game with a similar mechanic that requires gifting cards to opposing players. It really feels backwards but I quickly realized that hoarding cards for myself and trying to alter the rankings in the festival wasn’t nearly as good of a strategy as giving high-ranking cards which can net as many as 7 points a turn. Players should be careful not to have any Anne Wheaton-type moments where they bump a scoring card; since the market is always changing, it would be difficult to count back. 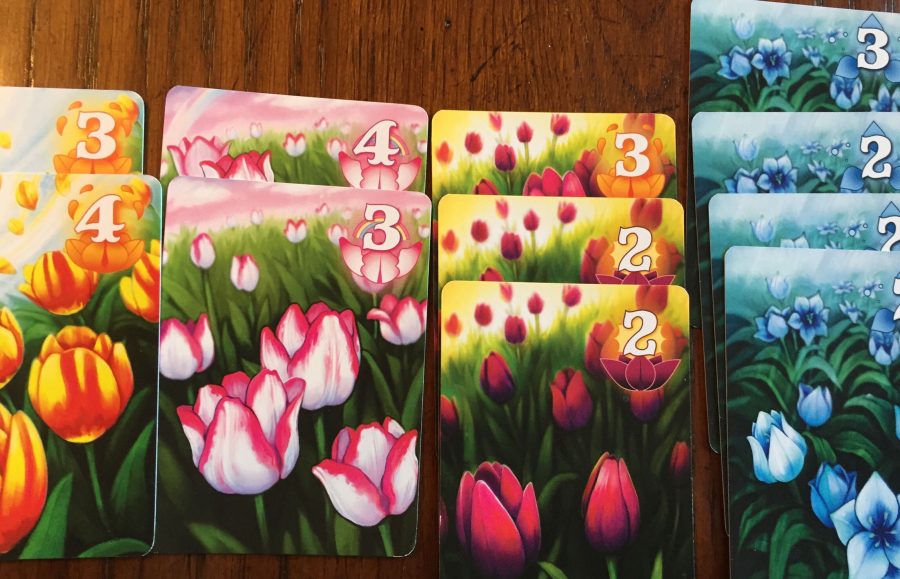 My beautiful bouquet at the end of the game. You may notice that one of the purple cards has the wrong (orange) symbol on it – the publisher is fully aware of this and has taken steps to rectifying it in the final print.

Other than that possible scoring issue, there is a lot to like here. I found Gift of Tulips to be a deeply strategic experience with beautiful artwork, and would love to break it out with my usual game group and surprise them as it surprised me.

A prototype review copy was provided by the publisher.

Don't let the beautiful flowers and sharing of cards fool you- this game has a deep strategy, and isn't over til it's over.