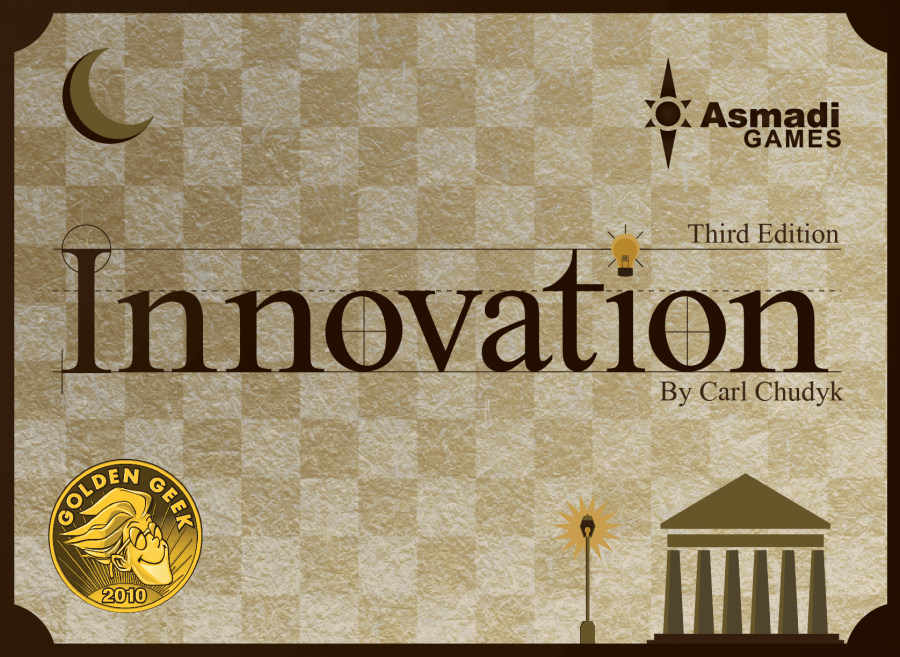 When it comes to tabletop gaming, my favorite genre is Cards with Rules on Them. I played Magic: the Gathering exclusively for years, and now my favorites are games like Star Realms, Race for the Galaxy, Dominion, and 7 Wonders. Innovation falls squarely in the same camp, offering players the chance to build up crazy card combos as they compete for victory. But Innovation’s reputation precedes it, in two ways: the art is bad, and the game is too “chaotic”. Are these claims true, and if so, do they hold Innovation back? Let’s find out! 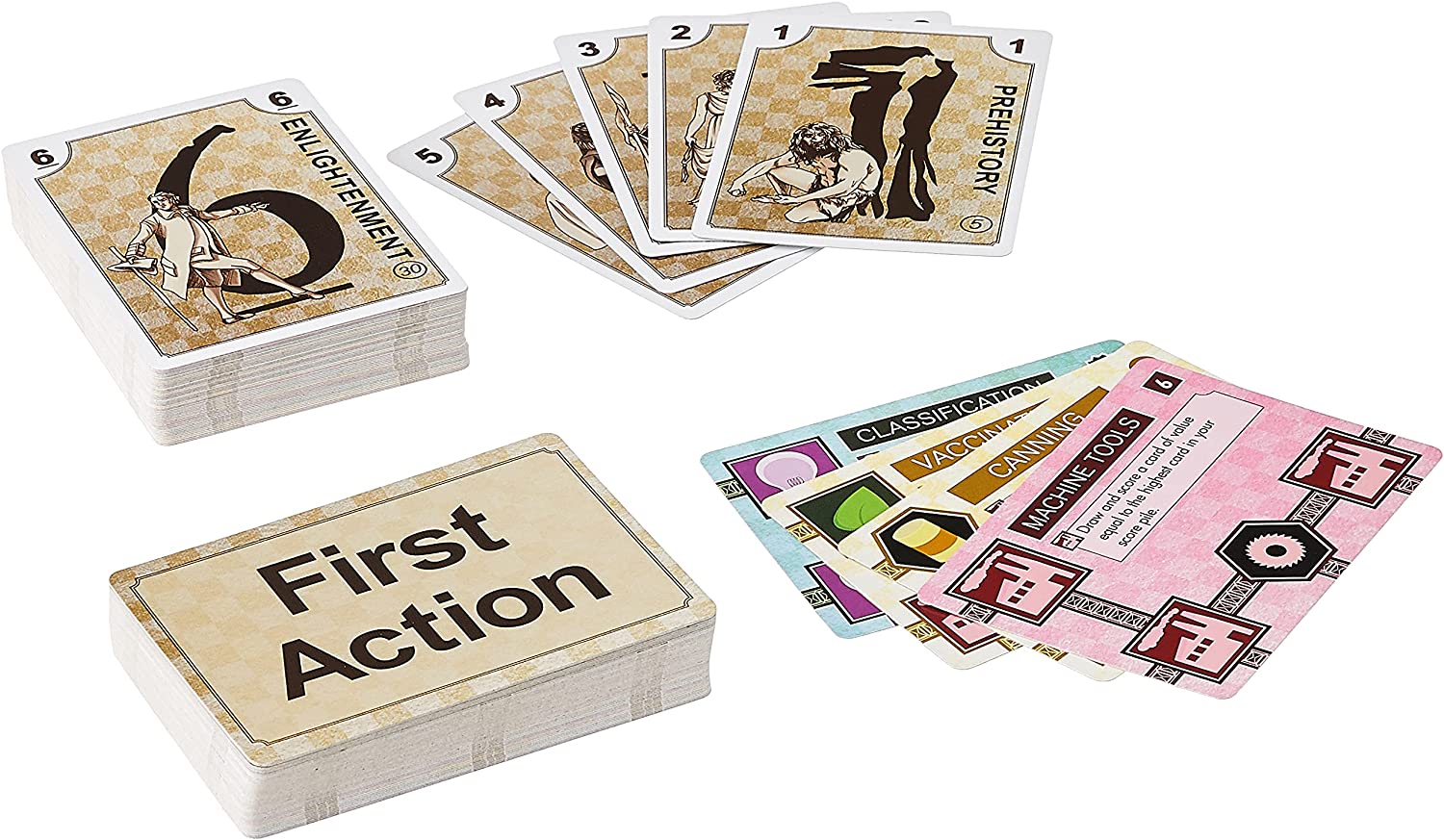 Let’s start with the claim that Innovation is too “chaotic”. The way Innovation works is actually fairly simple: you play cards in front of you, in five different piles of matching colors. The cards progress in “age” and get better and more powerful. Later in the game, you can “splay” the piles, showing icons from cards underneath the top card. Having more icons than your opponent is how you trigger certain “I demand effects”, or prevent your opponent from also gaining the same benefit as you (although, in this case, you get to draw a free card for “sharing”). You’re trying to climb to get better and better cards, but you are also trying to score points, which allow you to claim achievements to win. Additionally, five other achievements can happen if you do a few unique and special things with your tableau.

All of this is actually a very straightforward, very strong ruleset. It feels like you could have made a game akin to Splendor with these rules, a family-friendly engine builder built around icon majorities. Actually, thinking about that at this moment, I hope that game gets made someday. But that’s not what Innovation is, at all, and here’s why: the text. Each card has a unique ability, and these abilities get crazy. At later stages, you can erase huge chunks of your opponent’s tableau or score pile in one swoop. You can force one of several out-of-nowhere alternate victory conditions. Just about every time you play this game to start, especially with brand new players, you’ll hear the same refrain: “wow, that card is really broken / unbalanced.”

But when everything is broken, is anything broken? I have played Innovation about 40 times now, and every play has been truly incredible. I have had so many times where I wanted to concede, and then all of the sudden I’m winning, then I want to concede again, but then I win, or I lose but it’s neck-and-neck. Those wild swings of excitement are what makes this game a masterpiece. The amount of work that must have gone into getting the card text just right for 105 different cards must have been mind-boggling. Carl Chudyk is truly a mad genius.

And part of what makes the text work so well is that incredibly strong foundation: the basic ruleset is very clever and logical, and the game uses crystal clear iconography and keywords. That leads us to discussing art, but first, one important caveat on the “chaos”: I have only ever played this game with two players, and I would never consider playing with more. These crazy effects work very well as a strategic tit-for-tat with two; it really would feel like chaos with even just three players. The fact that the expansions provide rulesets for 5 or more players at once is mind-boggling. I would rather buy a 2nd or even 3rd copy of the game and have a miniature tournament.

Now, back to the other criticism: the artwork. There was another version of Innovation released by IELLO, with much, much better art, but horrible keywords and iconography. So I think somewhere in an alternate universe there is a version of Innovation with great art and great keywords and iconography, but it’s not this plane of existence. Given the choice, I think I prefer proper gameplay over pretty pictures. (Also, the IELLO version is out of print, and only ever received the first of four expansions). Someday I’d love to see a Kickstarter of an equally minimalist version of Innovation, but with much more vibrant colors (think Vincent Dutrait) and some more actual pictures, but what we have doesn’t bother me. Actually, the problem with the current artwork isn’t at all about my enjoyment of the game: it’s about getting other people to play it. Nothing on the box cover or inside the box itself looks attractive at all; it takes some coaxing to convince those not “in the know” to play this one.

And that’s a crying shame, because Innovation is one of the best card games ever made. The fact that you can get this much gameplay for $20 or under is unreal. Other game designers have developed massive, overproduced, gorgeous games that take hours to play, all in an attempt to give the appearance of a deep (and likely too complex) and interesting game. Here, Chudyk makes a game that’s simple, approachable, and brilliant with just over a 100 cards. Every time I play, I find little nuances that make me love the game even more, like the moment you realize sharing isn’t optional and you can cleverly force your opponent into a bad move that gives you a way out of a bad situation. Every single move you do in this game matters, and it’s anyone’s game until the very end. And when it’s over, I just want to play again. I don’t know what else to say other than that. For such a small price of admittance, every lover of card games needs to try this game.

Innovation is one of the best strategy card games ever designed.