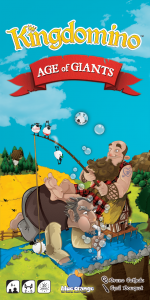 Kingdomino: Age of Giants is the first expansion to the smash-hit, Spiel des Jahres winner Kingdomino. Building on a classically-simple system, it offers new strategic choices and enhances an already great family game.

It’s no secret that I love Kingdomino. It was one of the best games of 2017, and it sees tons of play in my game group. While Queendomino was something of an integrable “sequel,” Kingdomino: Age of Giants is the series’ first true expansion. Compatible with both games, it bumps up the player count and features new tiles, direct player interaction, and sweet chrome.

For the purposes of this review, I won’t be covering how to play King/Queendomino. If you haven’t played them, then 1) you should change that, and 2) check out our reviews, linked here and here. I’m just going discuss the expansion.

To begin, Age of Giants adds an extra player color, so the game can now accommodate five people. It includes twelve new domino tiles, which show either a giant or a giant’s footprints. 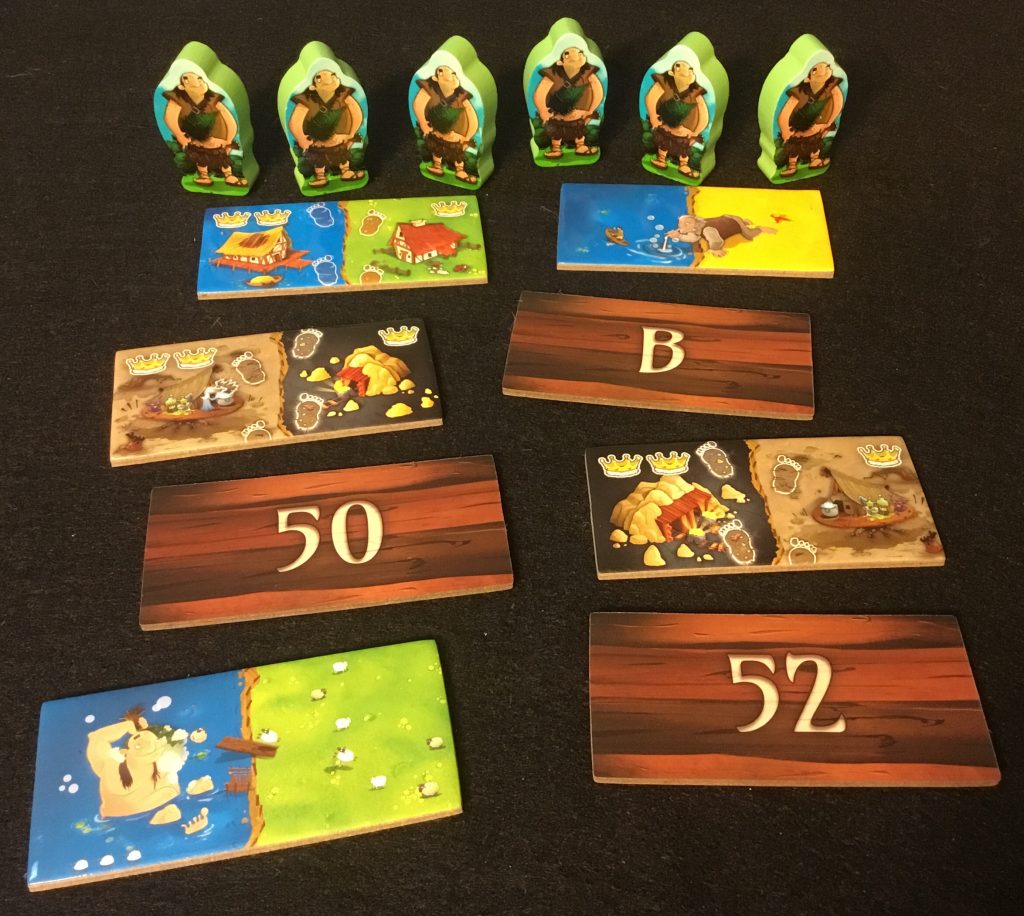 The tile selection works basically the same, except that players always display five tiles, no matter how many people are playing. From these five, one or two may be removed, depending upon the number of players; this just ensures that they all get drawn each game. And speaking of drawing tiles: 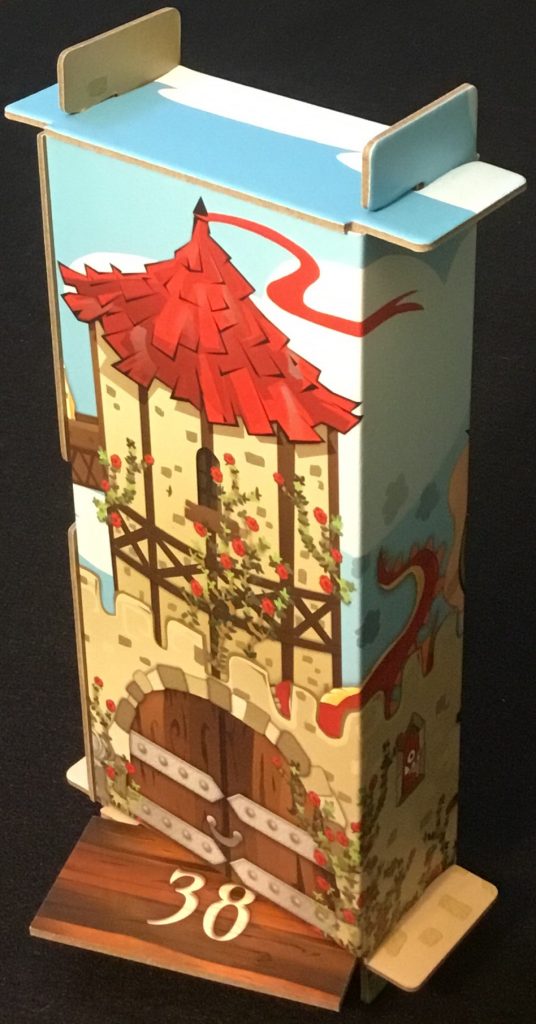 This tower provides an AMAZING game upgrade. It neatly houses all sixty tiles and smoothly dispenses them one at a time. Though not necessary to gameplay, it is a huge bonus with great functionality.

If a player takes a tile with a giant on it, she must immediately add a giant meeple to her kingdom, covering a crown of her choice. At the end of the game, covered crowns do not score. Put another way, each giant in an area reduces that area’s score multiplier by one. 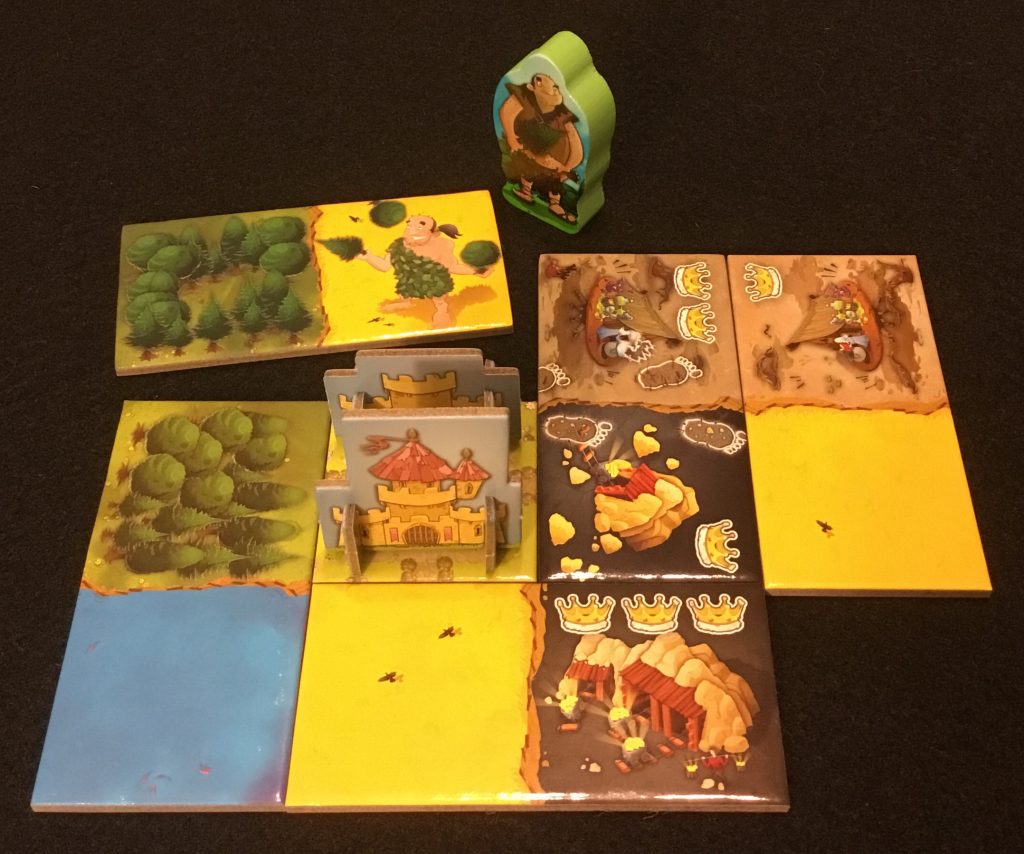 This player is adding a tile showing a giant. She must immediately take a giant meeple and place it on one of her crowns.

The good news is that giants can be removed. If the player adds a tile with a giant’s footprints, she immediately takes a giant from her kingdom and gives it to an opponent, who must place it on one of his own crowns (thematically, the giant wandered elsewhere).

These two interlocking rules create a sort of “hot potato” system with the giants—players will likely have to take them throughout the game, but they’d better make sure someone else winds up with them in the end. Footprints tiles are usually quite desirable: they bear lots of crowns, they allow their owners to get rid of giants, and hate-drafting them prevents others from doing the same. Additionally, it may in players’ best interests to keep a small land area open (say, a single square with one crown), specifically to place giants there and minimize their effect on the overall score.

Age of Giants also provides new variability in end-game bonus scoring. The original game rewards players for completing a five-by-five grid and/or having their castle in the middle of their tableau, but the expansion gives the option for alternate bonuses. With seventeen to choose from (players select two each game), there are tons of possibilities. 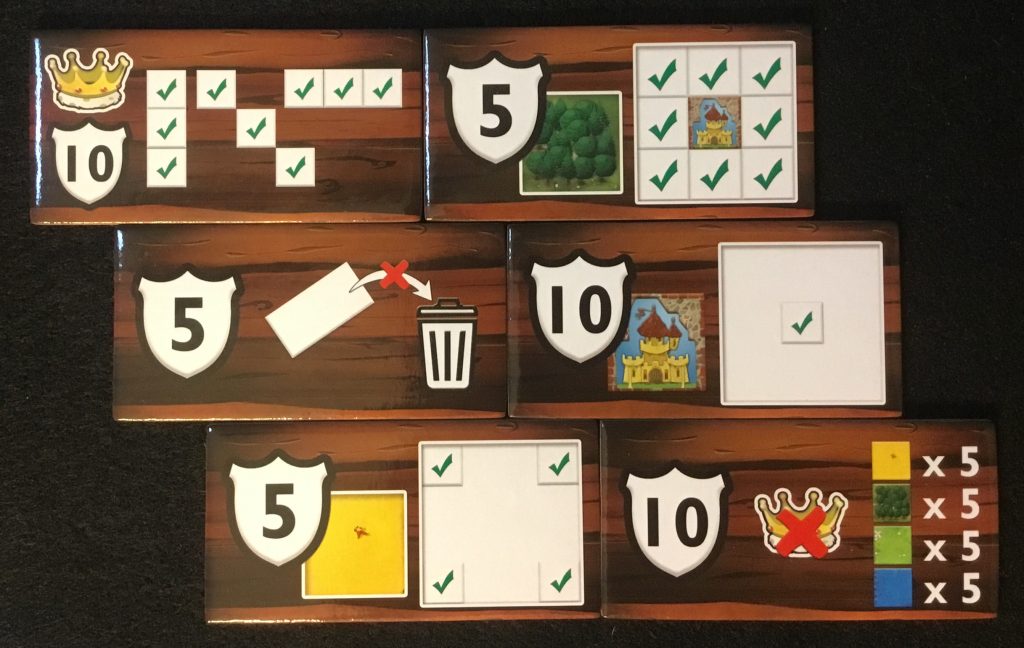 Kingdomino: Age of Giants is a great expansion for a great game. It manages to maintain the simplicity of the Spiel des Jahres winner, while providing players with new, meaningful decisions. It works well with either base game, so whether folks prefer the original or its big sister, Age of Giants makes a great addition. I highly recommend it.

Kingdomino: Age of Giants takes a great game and makes it even better. If you like either of the series' base games, this expansion is a must.