Is it as good as the original, or does it suffer from a sophomore slump? 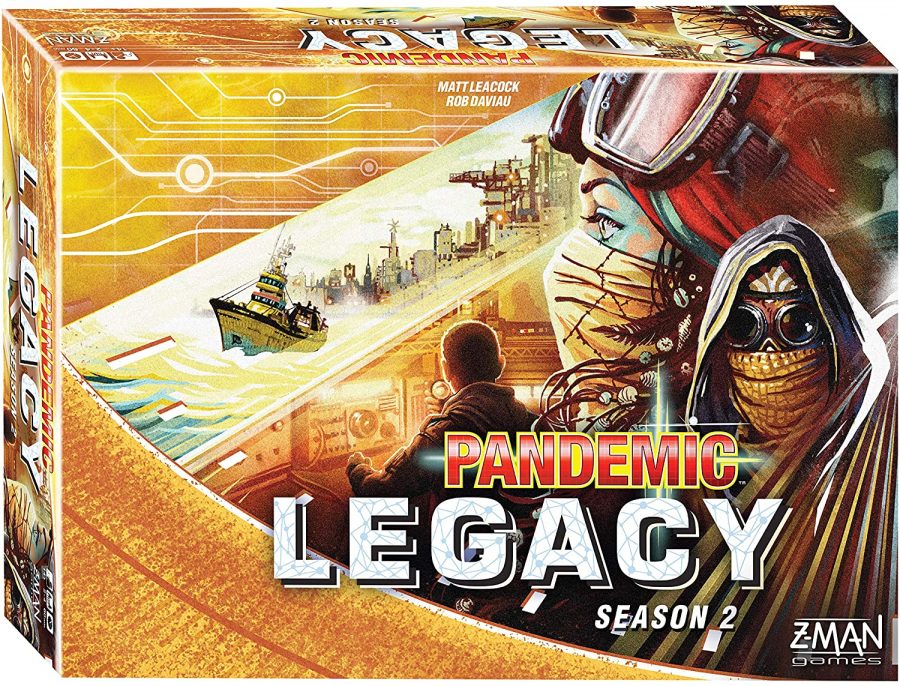 Though it came out in 2015, Pandemic Legacy: Season 1 remains #2 on the BoardGameGeek rankings. Season 1’s accessible campaign experience, filled with engaging storytelling and decision-making, has kept it in the “Best Game Ever” conversation for the past 6 years. Pandemic Legacy: Season 2 came out 2 years later, but does it meet the high expectations its predecessor set, or does it suffer from a sophomore slump?

Full disclosure: this review is based entirely off my the 2-player campaign I played with my wife. We played Pandemic Legacy: Season 1, and it quickly became our favorite game. We are by no means experts, but we have logged many hours playing the Pandemic games. I will endeavor to be as spoiler-free as possible, only discussing specifics from the first month. 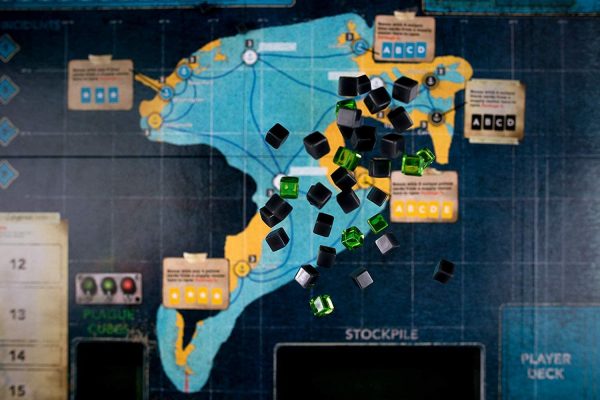 The starting map for Season 2 is small, with only 10 cities for players to worry about. The small map helps the first few games not feel too difficult. Instead of frantically putting out fires as in Season 1, players will spend their first few turns strategically placing supply cubes to prevent the fires from starting. Once the fires in Season 2 start, they can’t be put out because players can’t remove any of the 8 disease cubes from the map.

Player can collect more supply cubes from the 3 havens. The 3 havens also serve as respite for the players. The infection deck does not have haven cards, which essentially guarantees that players in havens will not begin their turn in an area with a disease cube (if players begin their turn in such a city, they gain a scar).

One major difference in Season 2 is its focus on exploring and expanding the map. Players can build research stations (often a requirement for winning the month) in certain cities, which allow them to further explore that area if they play the required set of cards. 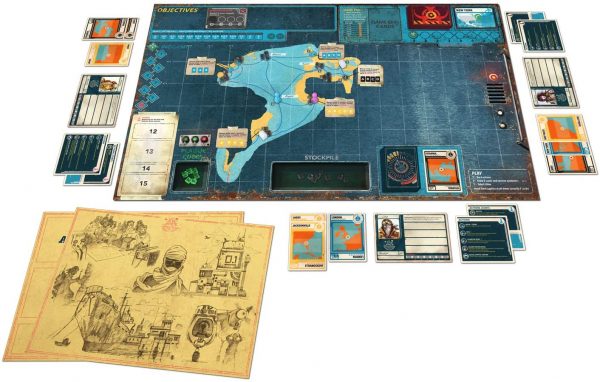 The 2-player experience was a joy because my wife and I both felt like major contributors every game. (Sometimes, when playing as a character who can give cards freely to other players, a player can feel like their only purpose is distributing.) However, there was a three-month stretch where 2 players felt like not enough butter for too much toast, which made us wonder if 3 players might be more optimal.

The story is dystopian, wasteland-ic fun. The flavor text adds to the game’s lore by hinting at more than they explicitly say. This is one area where Season 2 is clearly better than Season 1. The world-building has more meat to it and more potential for discovery. The art on the cards and player boards is wonderful. Even in the instruction booklet or the back of the sticker packets, the distressed artwork manifests the world it represents. 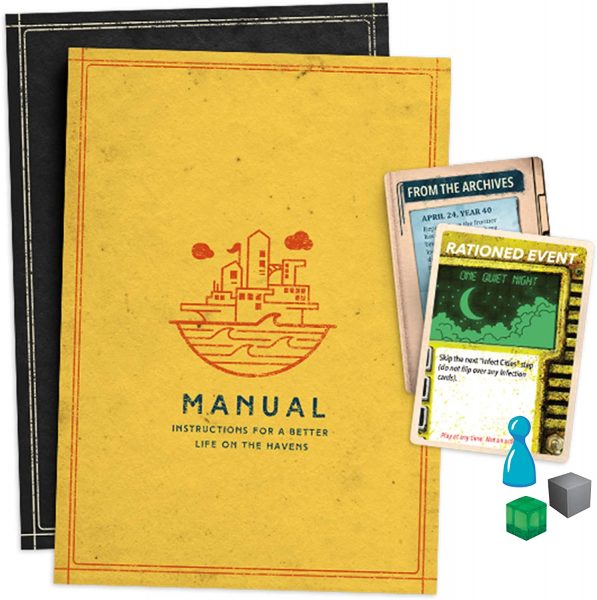 This is a legacy game, so expect lots of stickers, writing, and rules additions. Before their first game, players will create and name their characters (ours were Fingerless Sidious and DJ). Players will also name the 3 starting havens, which is a wonderful way to include players in the world-building. (Ours were Isla de la Muerta, Scrub City, and Hope City—maybe you could be more creative?).

Season 2 seemed less structured from a design standpoint than Season 1, which made it feel less contrived, but also opened the door to a few dull months where it felt like nothing happened. Those few dull months were followed up by joyful, almost-overwhelmingly exciting months, like the board game equivalent of Knives Out. 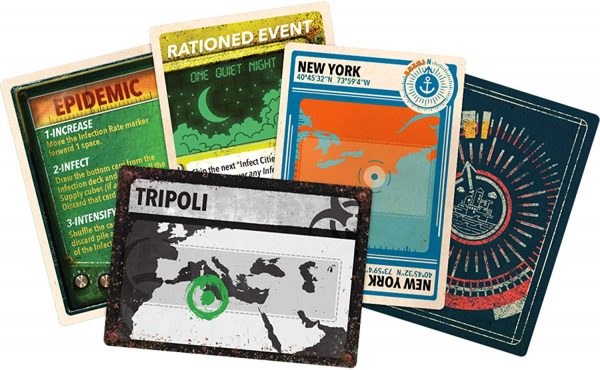 Neither season’s pacing is better or worse than the other; they’re simply different. Season 1 is more structured, which can make it feel like the players have less overall impact on the story, but most months remain interesting. Season 2 is less structured, which makes the players feel like they have more impact on the story, but this can also lead to some less interesting months if players aren’t able to accomplish much.

Season 2 outshines Season 1 in lore, artwork, and player story-building. However, due to the nature of some mechanics feeling less novel, Season 2 falls short of Season 1 in satisfying twists and turns and pacing. The physical components in both are stellar. It is immensely satisfying to uncover and maneuver around the map.

At the end of the day, Pandemic Legacy: Season 2 is a great game. It’s not as good as Season 1 simply because it doesn’t have the same novelty factor, but it outdid Season 1 where it could (lore, artwork, player story-building). Even if you didn’t enjoy Season 1 as much as you expected, Season 2 might still be worth picking up because it’s different enough from the original that it’s a great game in its own right, not just as a part of a series.

At the end of the day, Pandemic Legacy: Season 2 is a great game. It’s not as good as Season 1 simply because it doesn’t have the same novelty factor, but it outdid Season 1 where it could (lore, artwork, player story-building).