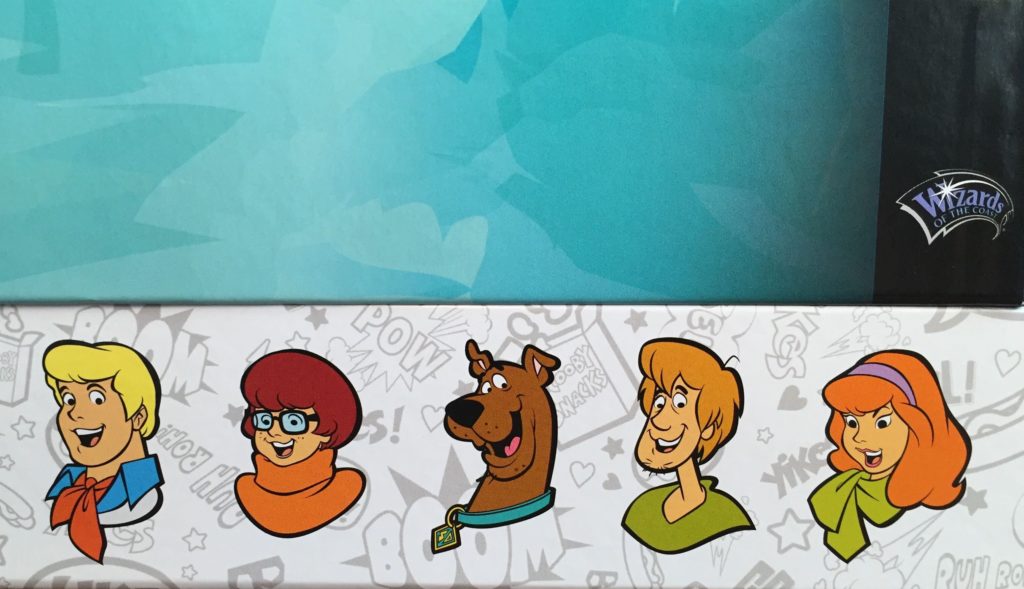 Scooby-Doo, Who Betrayed You?!? 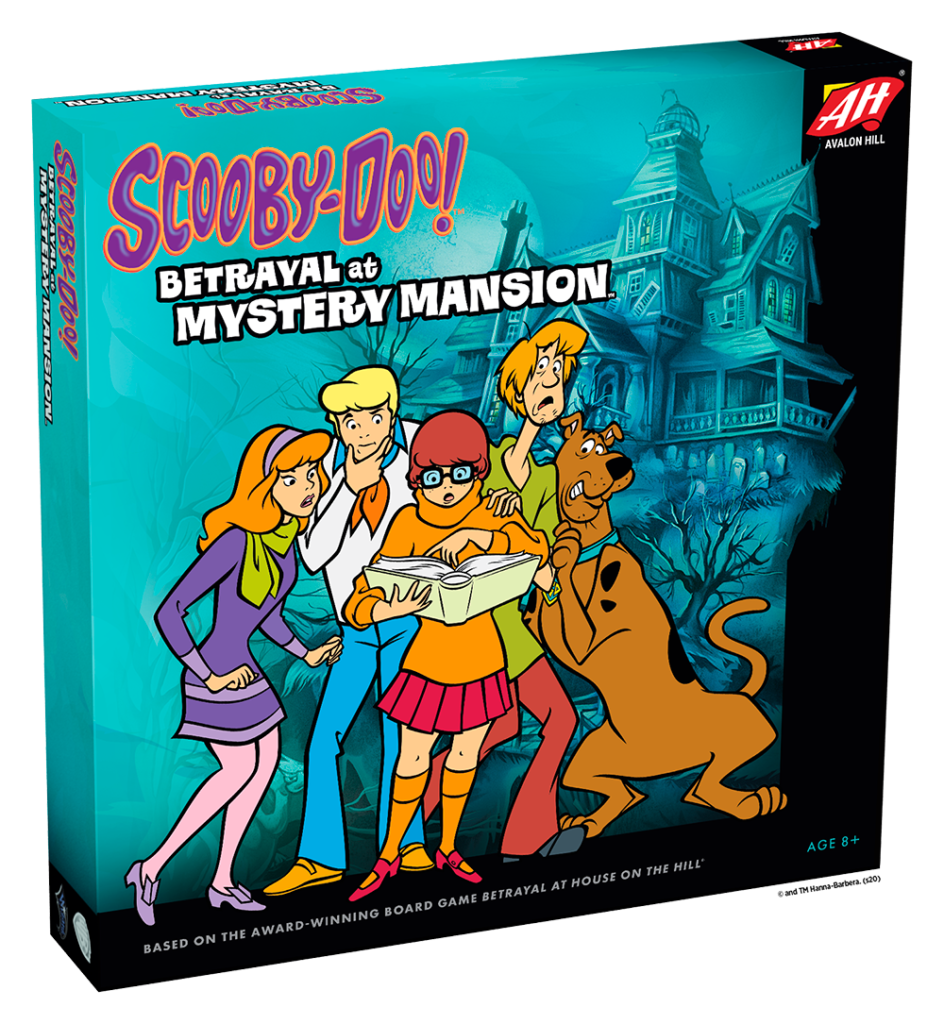 Scooby-Doo: Betrayal at Mystery Mansion puts 3-5 players in the shoes of the gang from Mystery Inc. as they chase down leads for a spooky mystery. Anyone familiar with the Betrayal series will know the formula: you search around, discovering rooms and clues until a haunt is triggered and a friend becomes an enemy. So how does this licensed, more family-friendly investigation go? Read on to find the clues!

Players will encounter traps, spooky locations, and bad guys who are almost always regular criminals in disguise. Occasionally the henchmen have an actual witch or immortal in charge, but usually it’s on par with Scooby-Doo, Where Are You? where the gang will trap or defeat the baddie, pull the mask off, and gasp at how obvious it was. There is no blood or gore; as long as they can accept the betraying part of the game, kids could play this.

The 2nd edition of Betrayal at House on the Hill is one of my favorite games, so I loved the idea of combining it with the investigators from Scooby Doo. Betrayal at Mystery Manor (BMM henceforth) takes all of the best bits from the original and makes it more family friendly and accessible.

Instead of Omen cards you have Clue cards, but the haunt is triggered similarly – when players gain a clue they’re prompted to roll a die for each clue that’s been found, and on a 5+ the haunt starts and the “betrayer” is revealed. But since it’s the gang from Mystery Inc., what happens is some form of a switch, where one of the characters disappears and the villain takes their place.

To avoid spoiling anything, I don’t want to talk about too many specifics, but in one of my games Velma vanished behind a revolving bookcase and was replaced by the baddie. So it feels less like one of the group is turning on everyone else, and more like that player’s character is getting switched. The game also makes it clear that you can decide as a group who becomes the enemy character, something absent from the original. Also, characters can’t be killed – if any of your stats drops to the bottom skull and crossbones, your character is merely stunned and will come back the next round with stats back at their base scores.

This felt like a really natural pairing, since the old Scooby-Doo shows were always based around an investigation. And even though there wasn’t always a mansion, the different locales available in the Inside/Outside tiles are reminiscent of several different episodes, as well as generic spooky places. Riverboats, deserted Sawmills, and Mausoleums all make appearances, but sadly no abandoned amusement park (maybe in an expansion?).

Unfortunately there’s only 28 location tiles (versus 44 in the original), though they all feature art that fits with the show’s style and pairs nicely with the 5 character standees. I’m not even bothered that they’re cardboard with clips instead of the minis like the original – because translating a well-known 2D character into a 3D miniature is a steep task. 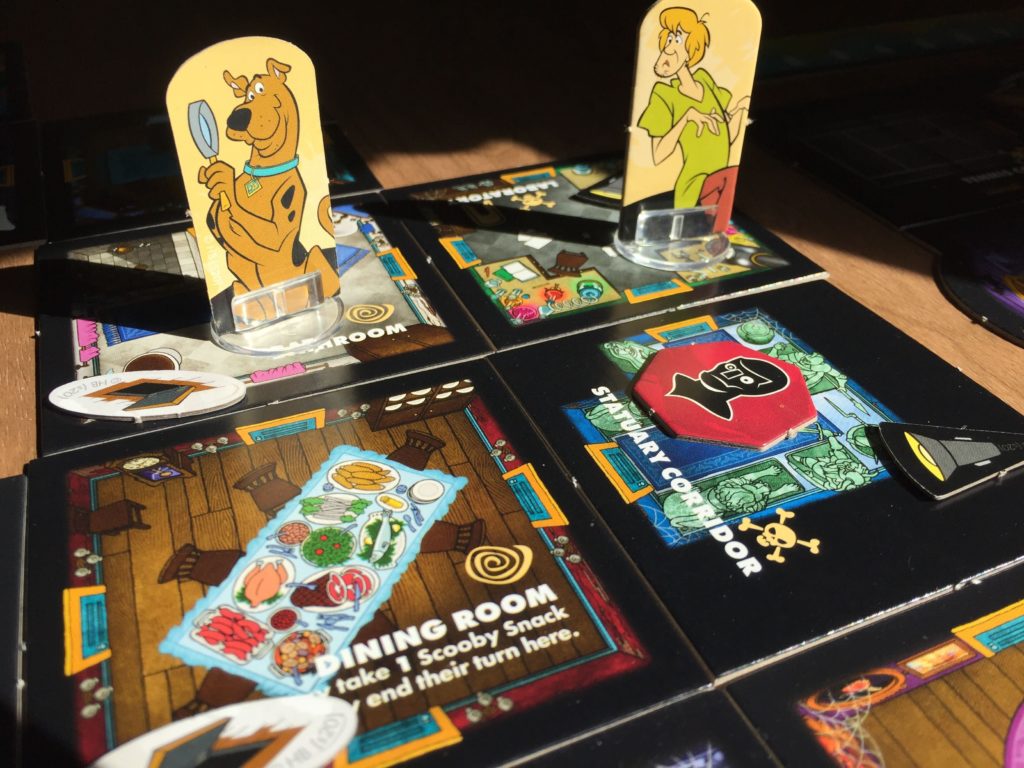 The art gets high grades, but the component quality is the weak link here. All of the tokens and tiles are thinner, cheaper cardboard. I wouldn’t use the word “flimsy,” but they’ve definitely gone on a diet since the first game’s printing. Another problem is there is still a lot of tokens. You won’t use all of them in a given game, but you’ll have to find the right ones once the haunt kicks off, and several of them are double sided. I understand the economy of this, but only after I searched for several minutes trying to find the right token only to realize it was flipped over. The player’s stat clips that point to your current ability scores were the one upgrade – now they’re snug enough that they won’t fall off if you bump the table. But make sure you take care putting them on for the first time so they don’t damage the player boards. 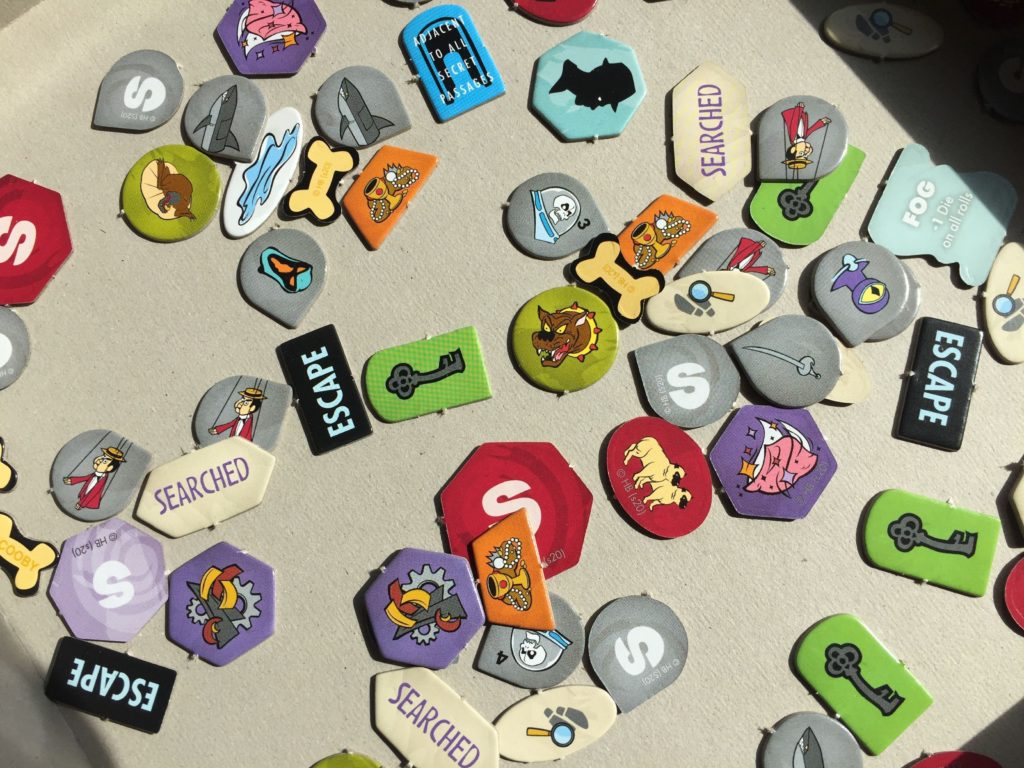 Overall I loved this licensed adaptation of one of my favorite board games. I do wish the components in BMM were a little more on par with the gameplay, but it’s not a big enough problem to keep it off my table. I look forward to playing through as many of the 25 different scenarios, and hope that they do some Scooby-Doo expansions in the future.

I wish the components in Betrayal at Mystery Mansion were a little more on par with the gameplay, but it’s not a big enough problem to keep it off my table. I look forward to playing through as many of the 25 different scenarios, and hope that they do some Scooby-Doo expansions in the future.