Schacht is a famed designer who has titles such as Coloretto, Zooloretto, Felina, Mogul, Hansa, and many more. Z-Man Games is a board games publisher responsible for a long line of great titles, including the Pandemic series, Terra Mystica, Agricola, A Feast for Odin, and many more. 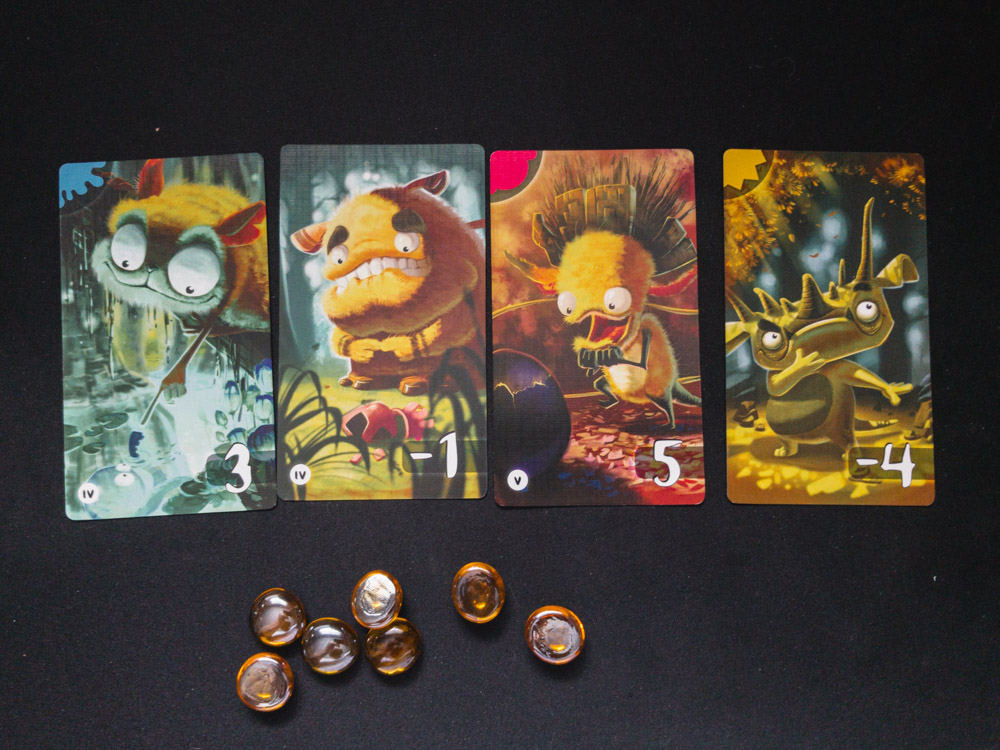 Short games typically leave me grasping for conclusive thoughts, but Smile also leaves me baffled. It’s an odd game mechanically, but made infinitely more eccentric by the accompanying artwork. 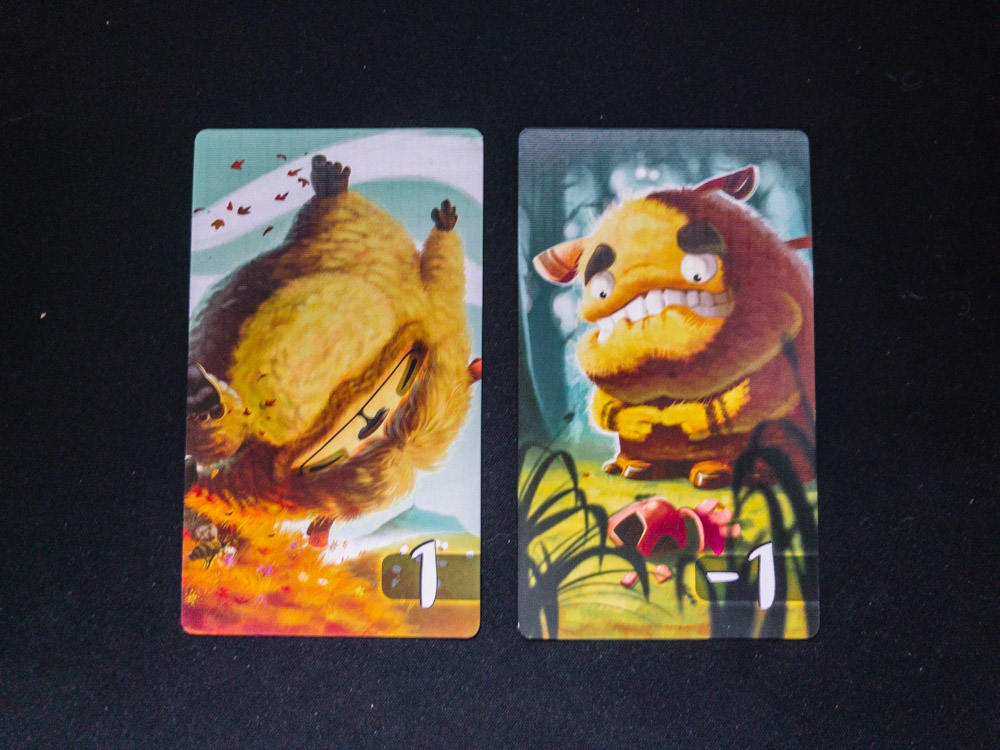 The sheep is my favorite.

In Smile, players are attempting to lure very strange beasts with tasty lightning bugs, the latter represented by golden marble pebbles. A round begins by revealing as many creature cards as there are players. The starting player may either take the first card in line with a firefly on it, or place a firefly onto the first card in line. Since the starting player begins a round, no fireflies have been placed, so this player must leave a firefly on the card. This is important for later in the game.

If a player chooses to take a card, he places it in front of him and grab all the fireflies left on the creature card by other players.

These cards feature absent-minded beasts, a point value (sometimes negative points), and either none or one of four colors. Played over twelve or so rounds, each player gets a creature each round. If a player ever takes two creatures of the same color, he loses both cards. Because many cards are also neutral, those will stick around for the entirety of the game. Low or negative point creatures are always first to bat each round, so players usually attempt to keep a healthy store of fireflies, lest they be stuck potentially taking a miserable creature into their fold. My personal favorite fiend is the lackadaisical sheep which graces the cover of the game box.

If a player lacks fireflies, he takes a teardrop and gains fireflies into his inventory. Managing your income of fireflies is crucial to survival, because teardrops will be worth negative points at the end of the game. 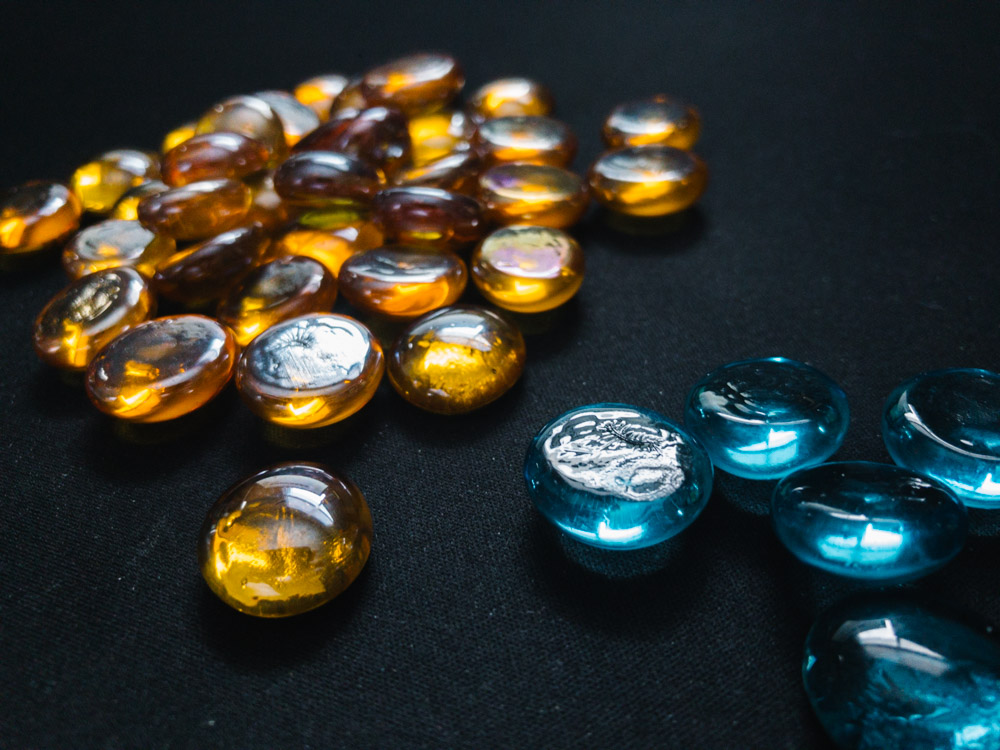 Fireflies are great for your bright economy, but teardrops couldn’t be more thematic.

Once the creature deck is empty, players tally their points and add a few bonus points from sets of fireflies. Whoever has the most points from their flock of fools wins the game.

No one I’ve played with understands precisely how end game scoring works until they’ve been forced to discard two creatures. The mystery of these benign beasts makes itself evident once you realize you can take a -4 point blue creature one round, in hopes of finding another blue creature later on to offset your misfortune. Ultimately, it’s not uncommon for players to end a game with under ten points. In fact, if I recall, our first game had the highest score of eight.

Smile is such a light game that once the initial confusion wears off, you begin to think less about your score, and more about the activity of playing Smile.

See, the rulebook instructs players to hold their firefly jewels in their fists, keeping the total secret from the other players. This means closed hands which finger the jewels; people carefully counting and dwelling on which weirdo they’ll draft next. 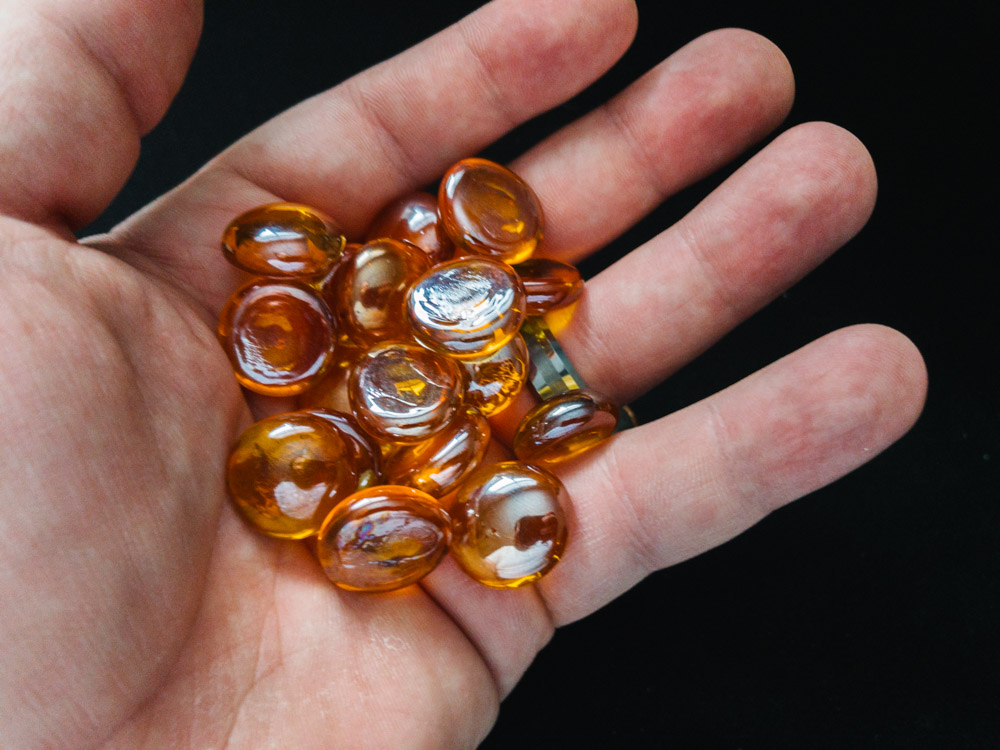 Seriously, my hands are normal. These gems must be coated with something. It’s not just me!

I’m outing myself as a natural hand-sweater, but one by one, I would place each goopy firefly onto a card. Don’t be so callous, it wasn’t a thoroughly drenched component, but once a round of players has gone and placed 2-3 fireflies each onto an undesirable card, whoever ended up taking all the pieces was greeted with a cold, yet nearly dry wetness. It’s absolutely fascinating to me. Like your hand has spent time inside the gullets of one of these tacky monsters, yet you pulled it out and let it air dry from the passenger seat on your way down I-469. I noticed my friends around the table would begin storing their fireflies in a coat pocket, or rolled up in their sleeve like a makeshift accessory bag. Why not bring a purse along, or keep an empty plastic cup for storage?

It’s a relaxed game, for sure. If you lose, it’s quite alright. You’ll play another round. Each game lasts less than 20 minutes, so it’s no casualty to start anew.

Smile is a cool game, but I feel so indifferent to it. I’ll easily sit down to play with friends, but I can ultimately take or leave it. I’ve nothing impressive to say about it, but I’ve certainly never seen anything like it. If anything, the title stays true to the experience of playing.

A review copy of Smile was provided by Asmodee. 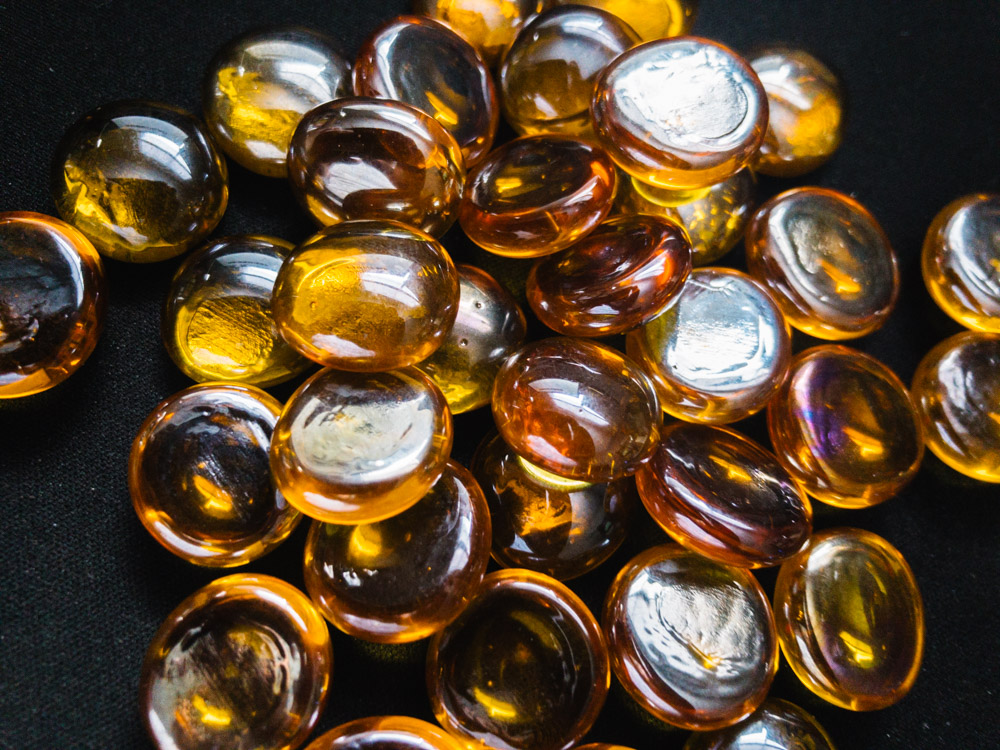 Smile is a weird game, both mechanically and thematically. It's charming enough that I think I'll always sit down to play it.