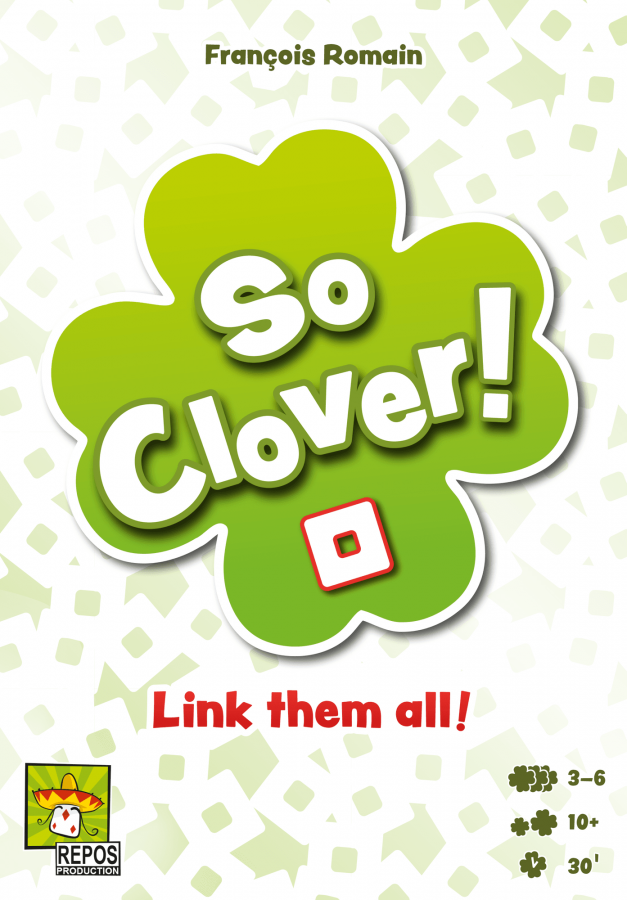 One of the most impactful games of my board game reviewing career was Codenames. It introduced me to many new friends shortly after I moved to a different city, and it showed me just how much “party game” and “strategy game” could actually overlap. It also kicked off an era of party games among the Spiel des Jahres nominees, with Just One and Pictures winning not long afterwards. So Clover! is an attempt to recreate that magic: it is another word association game, requiring players to combine words like Codenames but in a cooperative game like Just One. Do we have another Spiel des Jahres nominee on our hands? Let’s take a look! 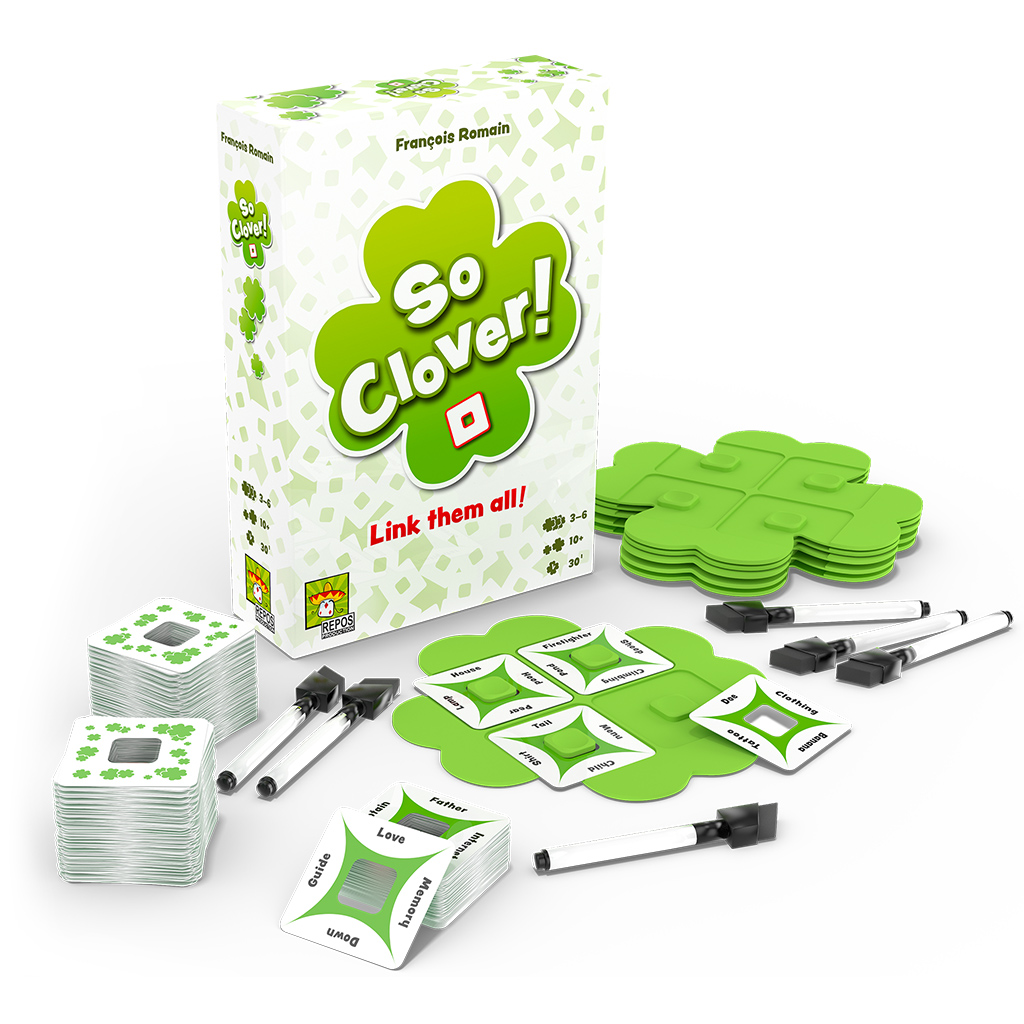 So Clover!‘s biggest strength is its simplicity. Players randomly place four of the square cards (pictured above) in a 2×2 grid, and then write on the one word on each edge of the underclying clove board. The word is meant to connect the two words below it (e.g. in the picture above, “wool” for sheep + clothing). Then cards are removed, a “red herring” fifth card is added, and then everyone works together to reconstruct the boards (of course, the player who chose the words must be silent). Players collectively aim for a high score after everyone has taken a turn. That’s it!

The components of So Clover! are high quality, especially the clover boards, and the game is reasonably priced at $24.99. Presumably we could have another big hit on our hands. However, So Clover! is missing that same spark that Codenames has.

The main problem is that the cooperative play reduces So Clover! to an activity, in the same way that kept Concept from truly taking off. Yes, Just One is also cooperative, but its extreme speed and simplicity make it fit for a broad audience. So Clover! is linguistically complex enough that I am less inclined to play it with kids under, say, ten. And whereas younger kids can just always guess and never be the clue-giver in Codenames, So Clover! is not as versatile in this regard. We found ourselves deliberating for a long while at times, which would be fine, except that it eventually felt, well, pointless.

The team play of Codenames, along with the assassin rule, bring a high level of tension to the game that keeps everyone engaged. Without any stakes, and very little laughter, So Clover! never makes a good argument for itself. And the last problem is that it can be somewhat metagamed: more than once, I’ve seen a player simply hit one of the two words so hard that, due to the geometry of the cards, the other players were able to determine the correct orientation. The player never actually had to wrestle with making a linguistic connection between the two words, which kind of feels like the point of the game.

I can’t say that the game is objectively bad, but I can say that there are just way better options out there.

Regardless of the theme, Witchstone is a masterful design. Midway through the first game, I was already eager to play again, rethinking how I’d approach various parts of the game, and I’m looking forward to doing just that.

There are just way better options out there.