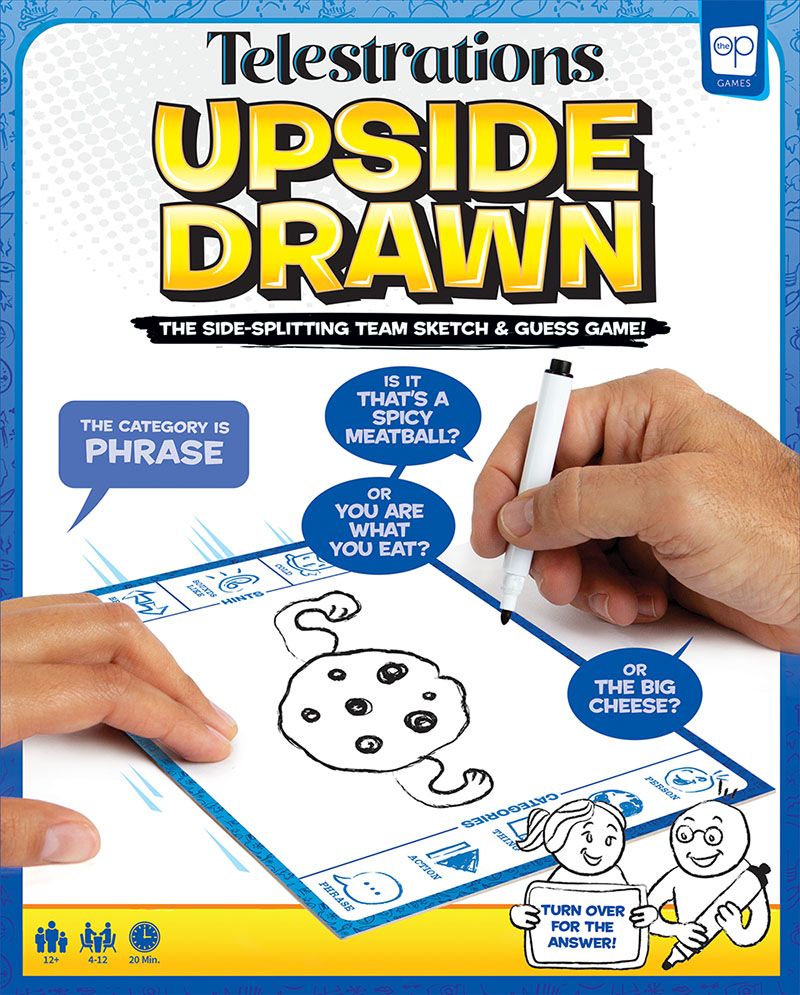 Every now and then, publishers are able to take a public domain game, spruce it up with nice components, and make a decent profit off of the title. Examples include Time’s Up!, Werewolf, and of course, Telestrations. A game easily played with pieces of paper, players alternate writing a word, drawing it, guessing the word (without seeing anything but the most recent drawing), drawing that word, and so on, often with hilarious results. However, while Telestrations: Upside Drawn inherits the title of its predecessor, it does away with the “telephone” style gameplay in favor of a goofier drawing method. Is it any good, though? 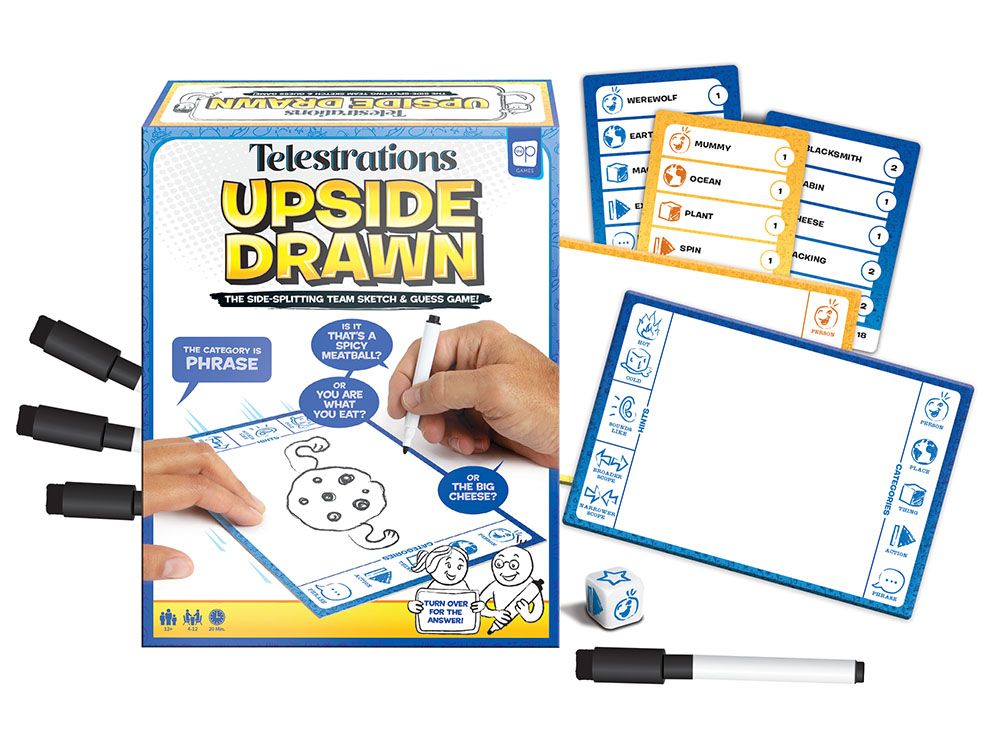 Upside Drawn doesn’t have a lot of stuff in the box; by focusing on a team approach to drawing, they’re able to get by with far fewer dry-erase boards, and reduce the price to an attractive $19.99. The components look a whole lot like what you’d find in a regular Telestrations box, otherwise. However, despite the surface similarities, they play very differently.

I struggle to consider Upside Drawn a Telestrations game at all; simply because the boards are not passed around. The “story” that develops in Telestrations as an idea deteriorates into nonsense is completely gone. Instead, Upside Drawn relies upon the buffoonery of trying to awkwardly dry something as a pair to generate laughs. However, it simply wasn’t funny enough.

It seems to me that the pair-drawing concept is more frustrating than funny, especially the awkward difficulty of trying to use the clues on the sides of the board. Furthermore, with the rules as written, the round doesn’t end until someone guesses the (possibly quite difficult) word. These are common issues to both drawing and trivia games of the past — issues that Telestrations had already brilliantly avoided. It seems nonsensical to bring them back.

Really, I’m not sure how much more I can say about the game: there’s not much here, which would be okay if it worked well, but it doesn’t generate near the amount of laughs of other drawing games like A Fake Artist Goes to New York or its predecessor, Telestrations. I would encourage you to spend the extra $10 to get Telestrations instead.

Thank you to The Op for providing a review copy of Telestrations: Upside Drawn.

There are just too many better party games out there than Upside Drawn, including Telestrations itself.