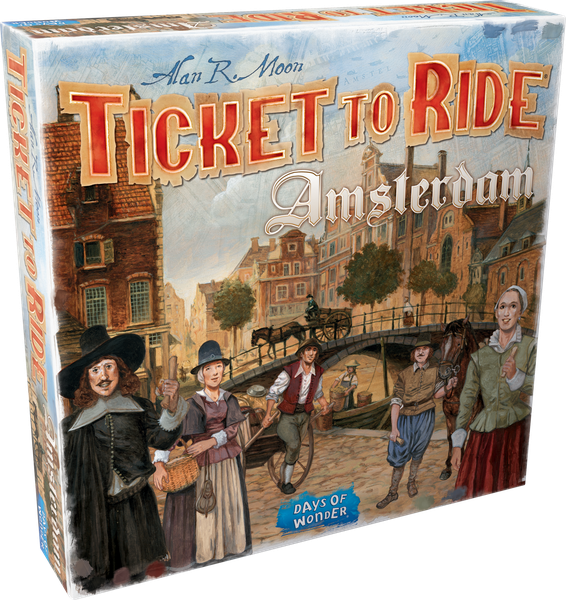 Ticket to Ride: Amsterdam continues in the vein of the newer, smaller TTR games like London.  Amsterdam also moves the gameplay back to the 17th Century, so players can look forward to laughing at each other trying to pronounce old Dutch names. Also, the trains are now wooden carts. Tickets, please? 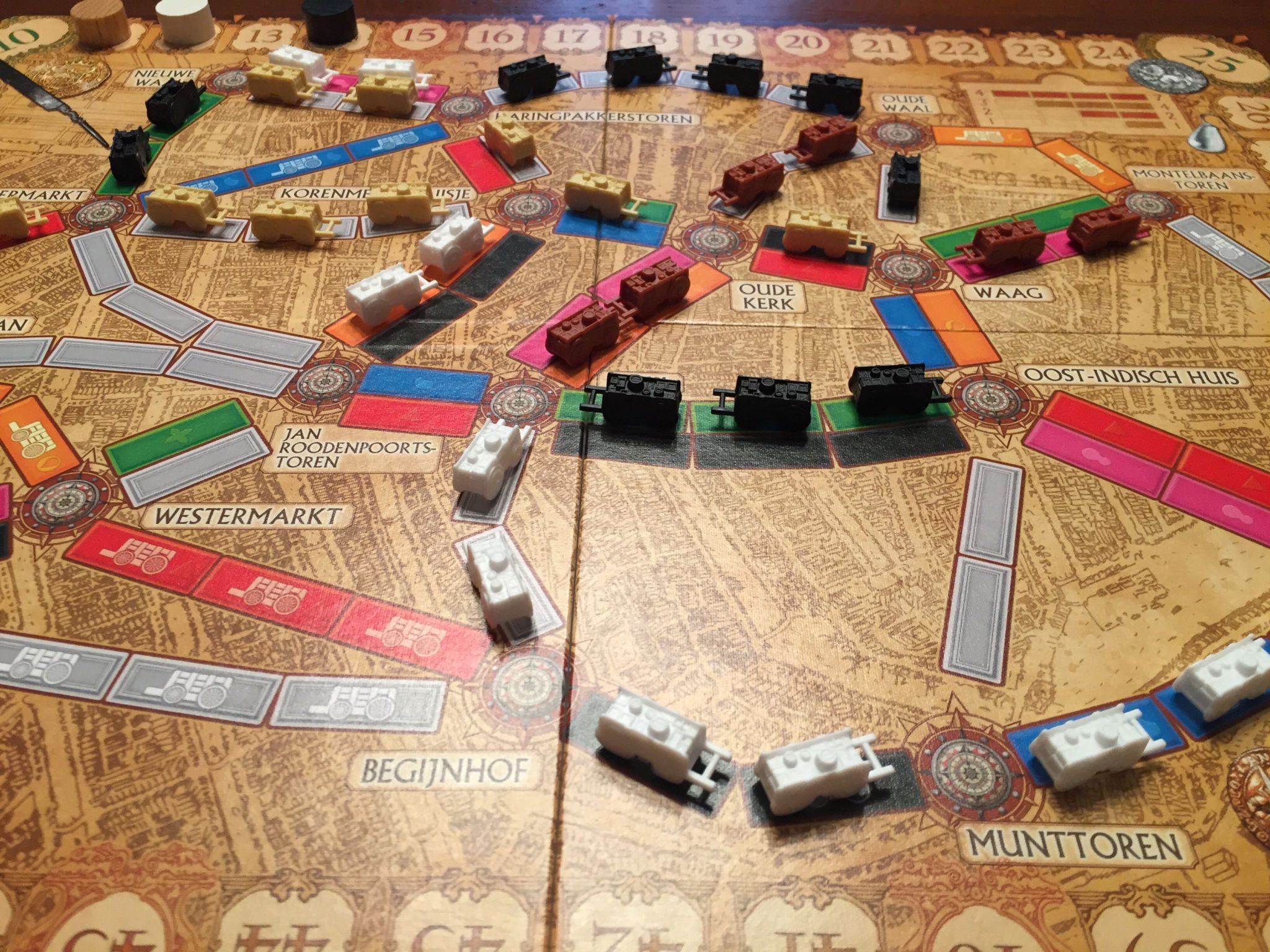 The appeal of a smaller Ticket To Ride is easy to see: quick games and low explanation thresholds make for broader appeal – it’s far easier to get people who don’t usually play board games to sit down to a 20-30 minute game than a 1-2 hour affair. Ticket to Ride: Amsterdam continues in this by making the game a small, easily digestible affair. This is a double-edged sword, however. On my first playthrough I failed to realize that there were less Carts for each player, and therefore it was barely possible to make it to my 2 different destination cards. 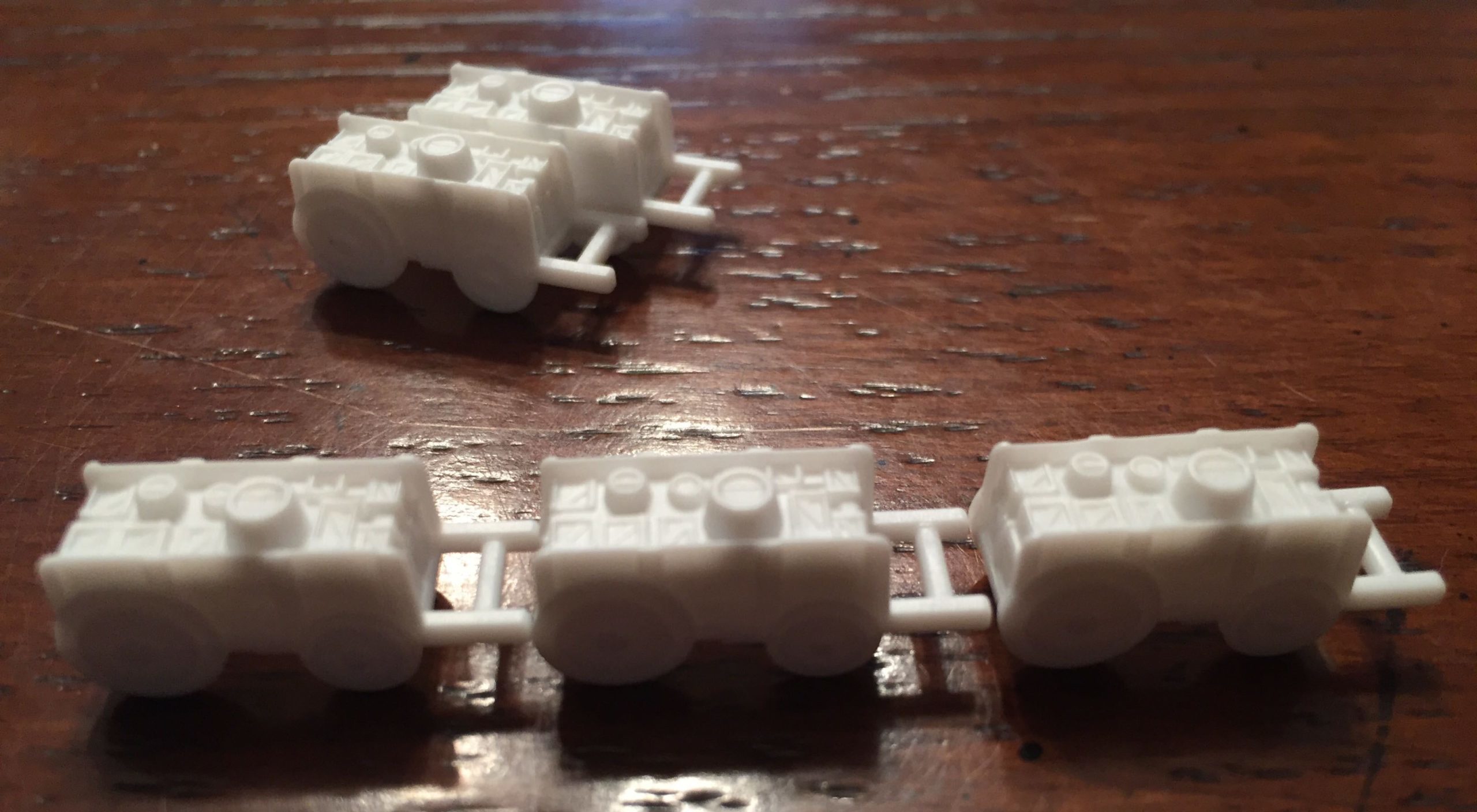 The game warns you somewhat, by offering that you don’t have to take both destination cards you’re offered during game setup. However all 4 players in my first game opted to go for both of their cards. Failed destination cards still cost you points. In fact, if you’ve played any TTR game before, you’ll feel immediately comfortable in Amsterdam. The only new change other than the smaller scale is the addition that certain routes give you Market Cards. Players are awarded points based on how many cards they have, and how many players are in the game. As I said in my TTR: London review, when playing with the maximum 4 players, the smaller map can feel very constrained; these smaller TTR games seem best with 2-3 players. 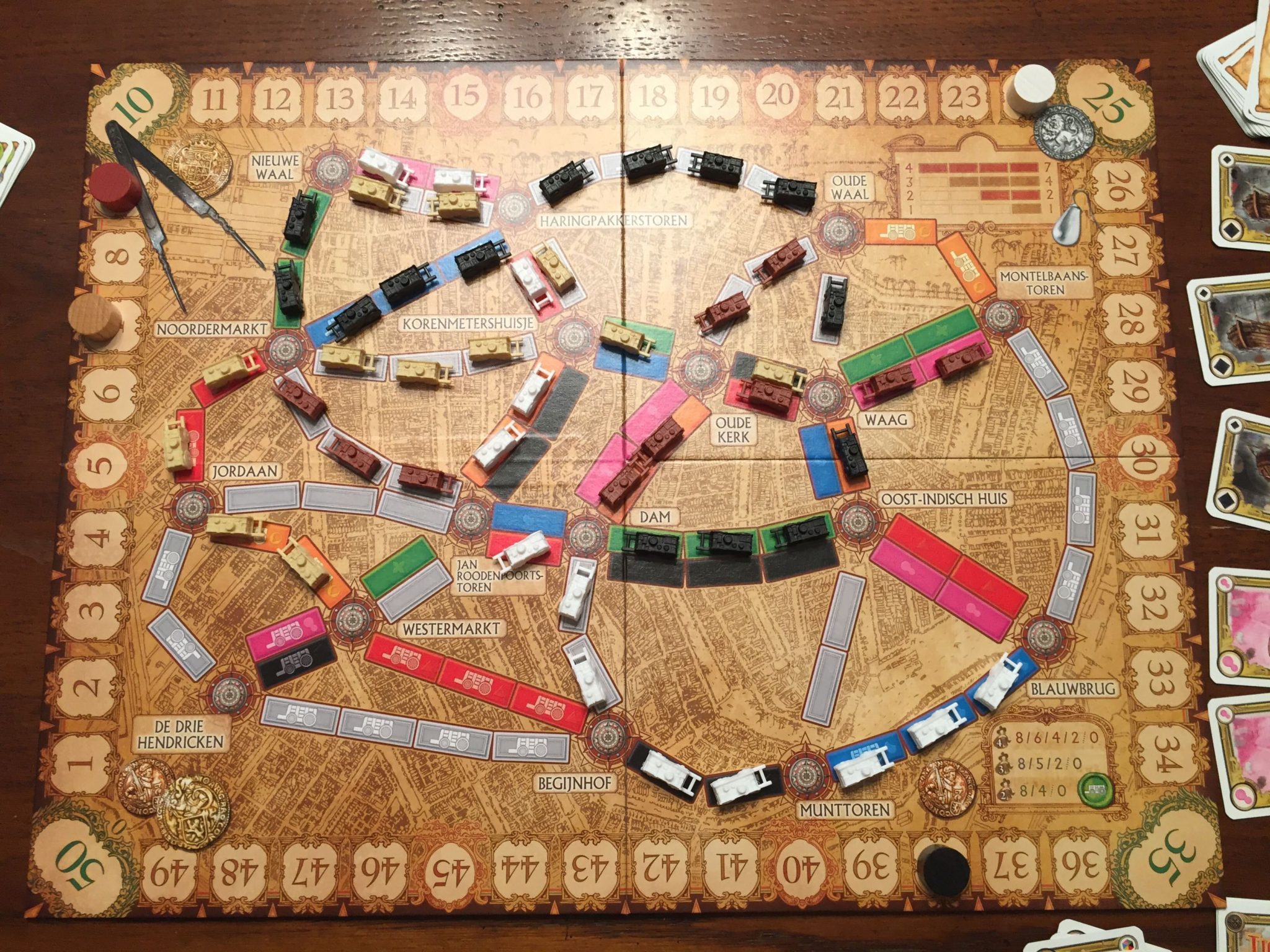 The full map, after a 4-player game.

Artwork in the game is reminiscent of 17th Century professions and people. The colored cards players are used to collecting now have boats, donkeys, barrels being rolled, and carts, instead of trains. My favorite new thing however, is the city names. Make everyone say them out loud, because my players were rolling trying to pronounce cities like, “Korenmetershuisje” and “Oost-Indisch Huis,” to say nothing of, “Begijnhof.” 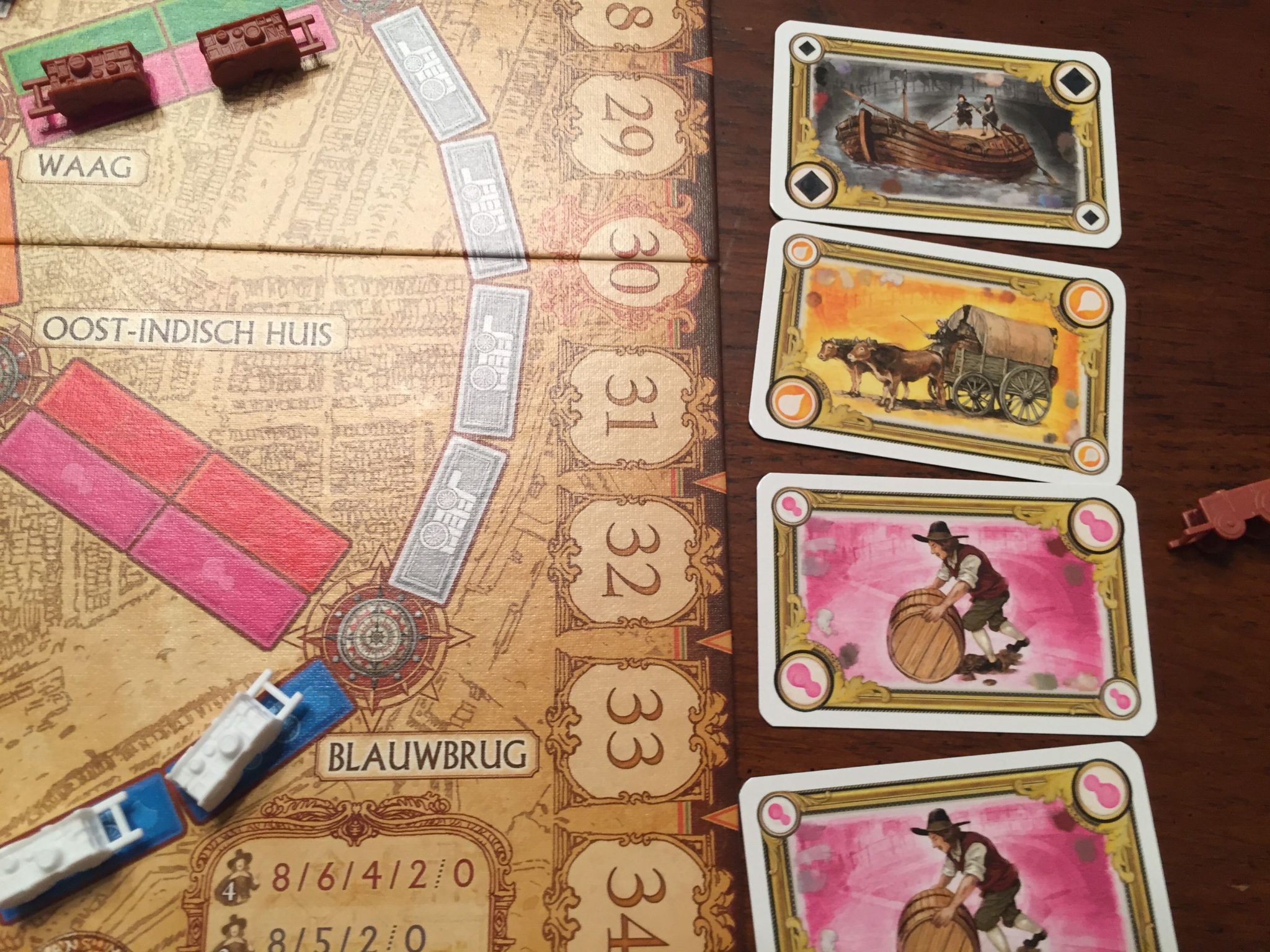 Overall it’s a fun little addition to the Ticket to Ride line, but it doesn’t add so much that you need to get it if you already have a similar small-box TTR game. But as an entry-point game, it excels and will easily draw people in who might balk at the original’s 60+ minute playtime. Just keep in mind if you’re used to the bigger TTR titles, a smaller map also means less space, and less carts/trains. The upside of it being a smaller scale is even if you fail terribly at getting to your destinations you’re only out 15-20 minutes.

A fun, quick game, Ticket to Ride: Amsterdam is a distilled version of the original. It will draw in a broader audience, but players used to longer games might have to adjust their expectations.