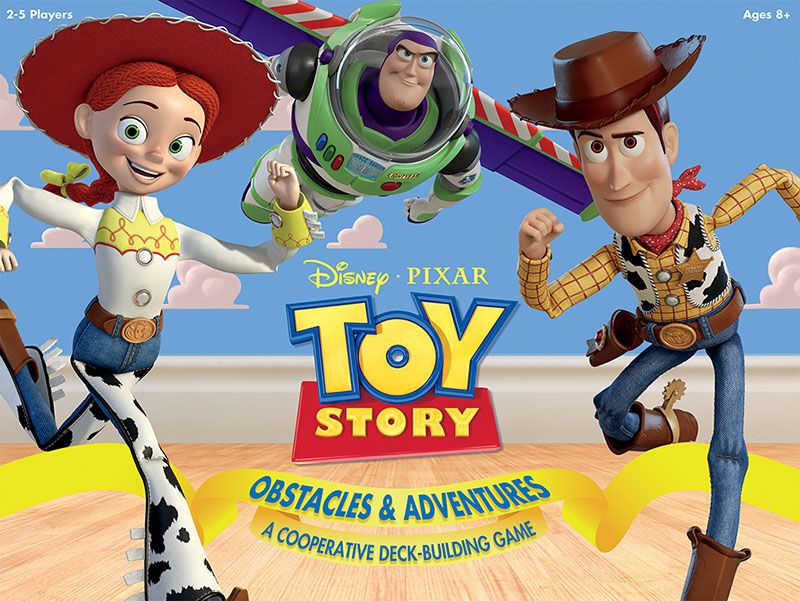 Two big trends in board gaming have converged at publisher The Op. The first is the advent of deckbuilding as a central mechanism in hundreds of games, ever since the runaway success of Dominion. The second is the growing focus on IP-related games, mostly led by Marvel, Lord of the Rings, and other ultra-geeky franchises. The Op first connected these two concepts with Harry Potter: Hogwarts Battle, and to be blunt, Toy Story: Obstacles & Adventures is mostly a reskin of the same game with a new setting. But does it still work? Let’s find out! 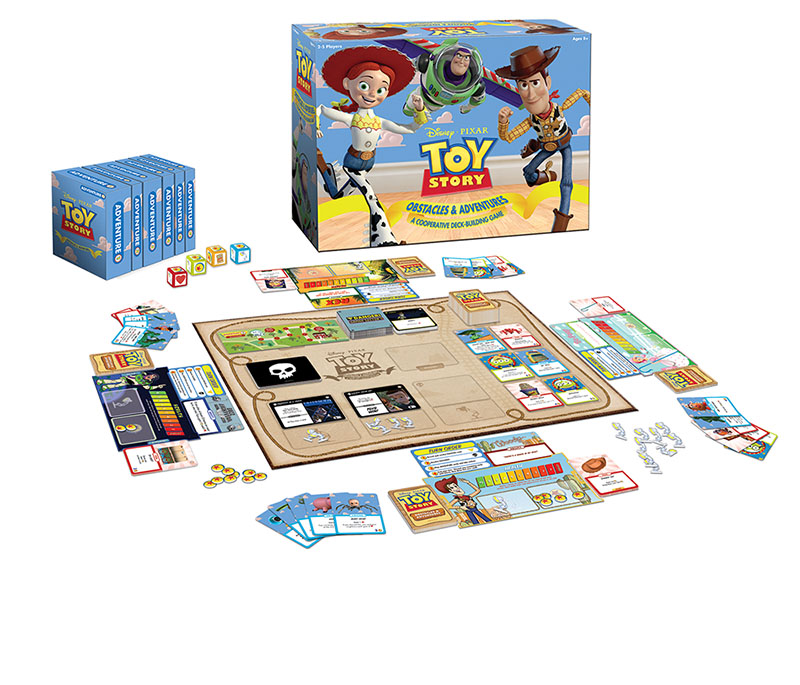 Some “children’s” movies become timeless classics that still work for adults years later, and Toy Story is one of them. I wouldn’t be surprised to see a bunch of adults playing a Toy Story game, but I also have a six-year-old who likes Toy Story, and my hope was that we could play this together. And we did!

Deckbuilders and card-combo games in general are my favorite, so being able to share this with my daughter was a wonderful experience. I was over the moon about it. Since this is a cooperative game, I was able to do all the bookkeeping and read the cards to her when she needed help. It was truly a gaming moment I’ll never forget.

Of course, that was Game 1. Part of the design of Obstacles & Adventures is that new mechanisms are added with each Game of the campaign, which becomes longer and more difficult as you go. My daughter mostly made it through Game 2, but she had pretty much given up by the end of Game 3. I don’t mean that as an indictment of the game, but more as a warning. The publisher says 8+, but for the enitre campaign, I think 10+ is about right. However, my daughter and I could just stay on Game 1 and play that whenever we feel like it, and that would be fine.

While Obstacles & Adventures is too complex for younger kids, it’s probably too simple for deckbuilding veterans. Scrapping/trashing, a standard deckbuilding mechanic, isn’t even introduced until Game 4, leading to some fairly narrow decision spaces early in the campaign. There are some cool card effects, but they aren’t anything out of the ordinary. This level of simplicity also causes a bit of a problem in the sense that the game becomes more and more demanding of your time without really amping up the brain-burn. The later Games can easily push 90+ minutes with just 3 players; I’m used to playing far more complex card games (Star Realms, Race for the Galaxy, Dominion) in 15-30 minutes instead. I also recognize I’m not the primary audience, though. 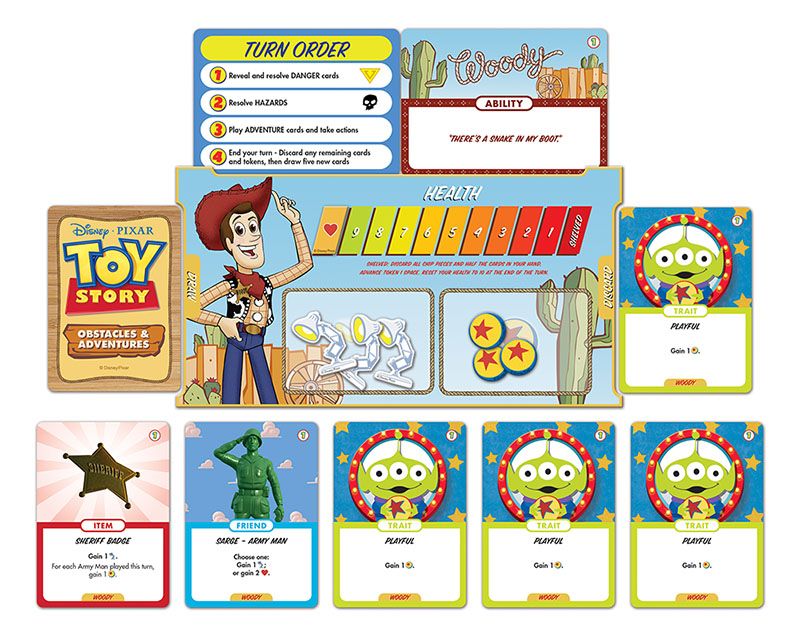 So who is the target audience? The campaign design makes it a great introduction for older kids or even adults who have never played any kind of deckbuilder, though I would still find it helpful to have an experienced player answering questions and doing the bookkeeping.  And for that audience, Obstacles & Adventures does a lot of things right.

While seasoned gamers have largely learned to put up with ugly games, those are not going to attract new players. Fortunately, Obstacles & Adventures has a wonderful aesthetic. It’s very vibrant, and evocative of the movies. I wish there was some more diversity with the art of the “Trait” cards, but overall it’s very easy to tell which kind of card is which, and the iconography is completely clear. I also found the rules to be really easy to follow, in part because things are added in piece by piece. The player boards and player aids also do a great job of reminding players of how to play and what goes where.

It really is carefully designed to invite new players in and to keep them there for the full 6-part adventure. However, once the campaign is over, I suspect that much like Andy grew up and moved on from his toys, players will then progress to something like Marvel Legendary or Aeon’s End, or competitive deckbuilders like Star Realms or grandfather Dominion. While it doesn’t really work as a kid’s game or a veteran’s game, Obstacles & Adventures is a great introduction for the right people, and could lead them down a whole new path in their gaming lives.

Thank you to The Op for providing a review copy of Toy Story: Obstacles & Adventures.