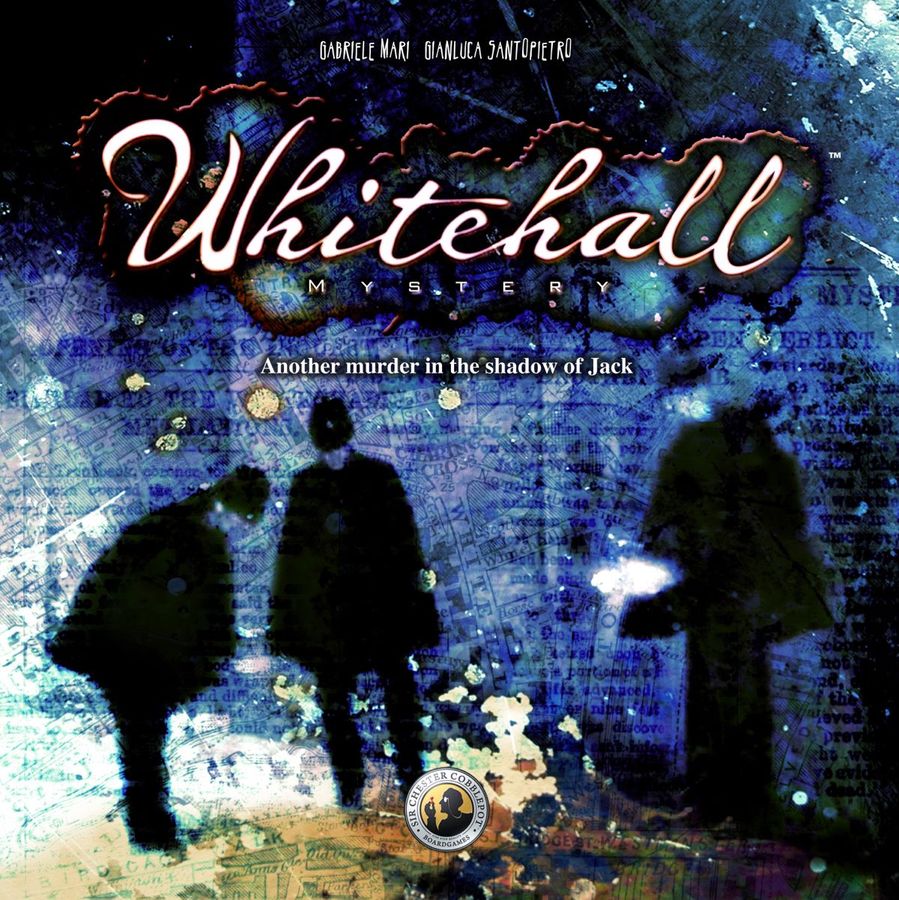 Whitehall Mystery is the sequel to the Jack-the-Ripper-themed game Letters from Whitechapel. In this game, the Ripper continues his reign of terror as the police race to apprehend him. One player plays as Jack, moving about the board in secret, and the rest of the players try to find clues to stay hot on his trail.

Like Letters from Whitechapel, the theme of Whitehall Mystery is grisly murder. This game shows much less blood-splattering than its predecessor, and the theme of prostitution is removed, but its narrative is quite dark nonetheless.

Waaaaay back in 2017, I reviewed Letters from Whitechapel, an intense cat-and-mouse game that has spent many hours on my table over the years. It is not a perfect game, but it has provided with me some amazing memories.

Whitehall Mystery is the follow-up to Whitechapel, in which Scotland Yard is once again hunting the murderous Jack. Its gameplay is extremely similar to Whitechapel, but is has been streamlined slightly for ease of play. The basic premise is the same: the Jack player moves in secret along numbered circle spaces, and the police move along non-numbered square spaces. 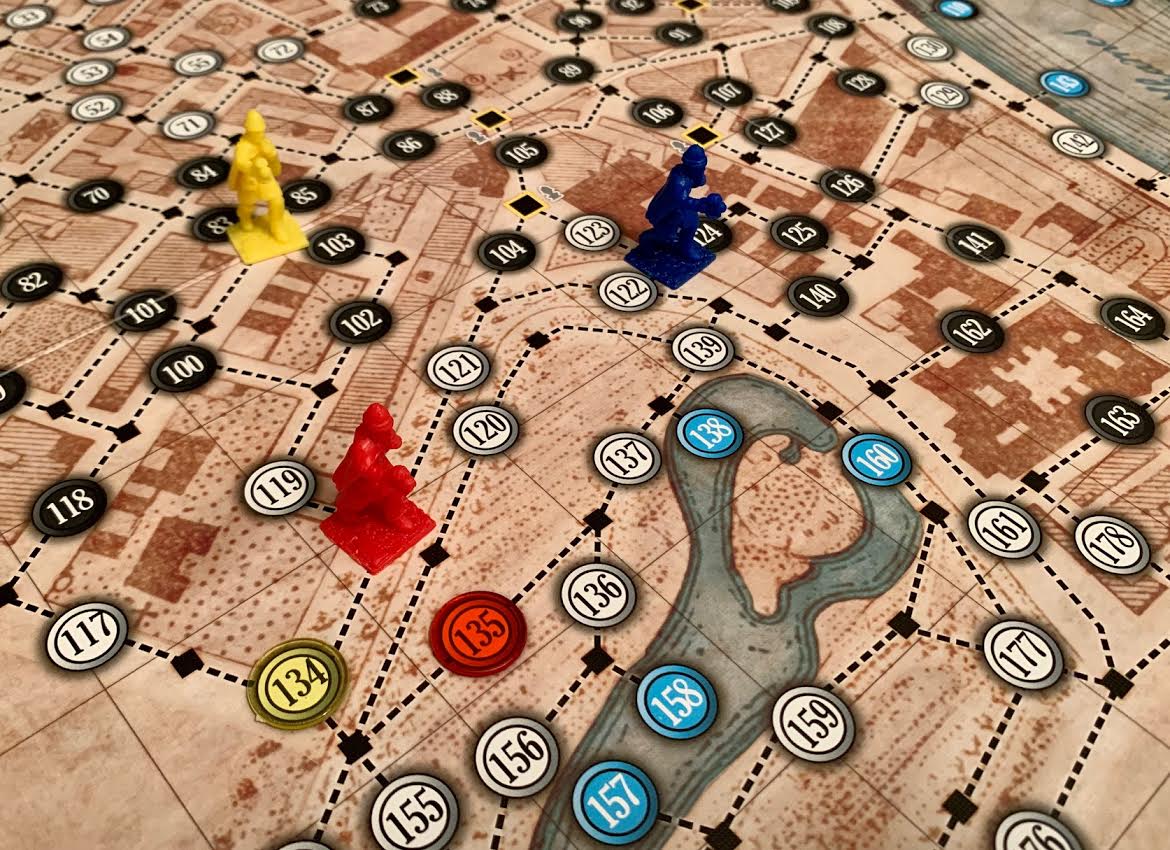 Wherever the policemen stop, they may ask Jack about spaces adjacent to them. If Jack has visited a space he is asked about, a clue token is placed there, and as the game progresses, the police will use clues to retrace Jack’s movements. If they believe they have reached his current location, they can attempt to arrest him; if successful, the police win. Otherwise the game continues. Jack wins if he outlasts the police.

The key changes that make Whitehall Mystery different than Letters from Whitechapel are: 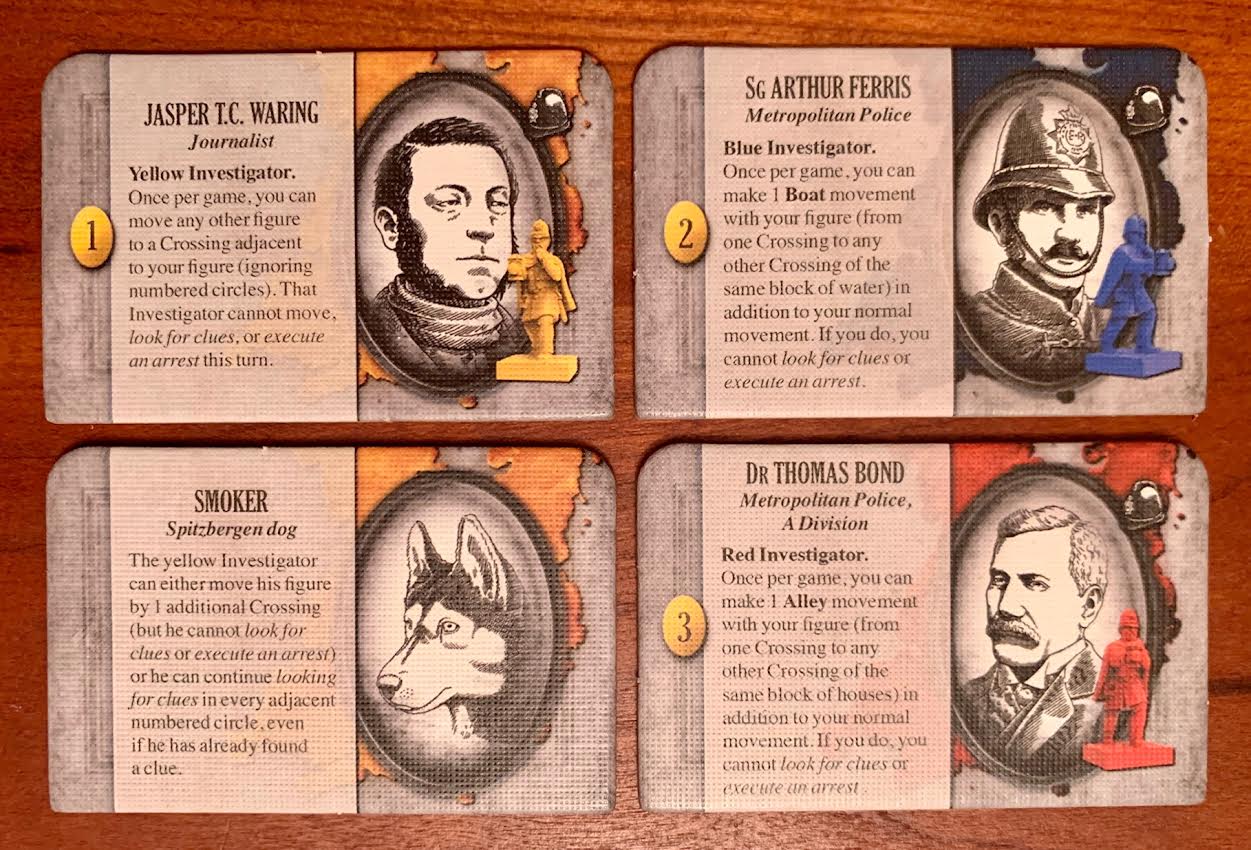 At its core, Whitehall Mystery feels almost the same as Letters from Whitechapel, but it has some streamlining that smooths out the rough edges of the original. It does away with some of the mechanisms that slowed that game down, resulting in a cleaner, simpler experience.

Since Whitehall Mystery is whittled-down, I’ll admit that it loses some of the psychological strategy that made Whitechapel so intense. That said, though, Whitechapel can easily feel like a slog to play, in large part because of the mechanisms that make it more strategic. Given how punchy and brisk the sequel feels, I would usually find myself reaching for it, rather than the original. 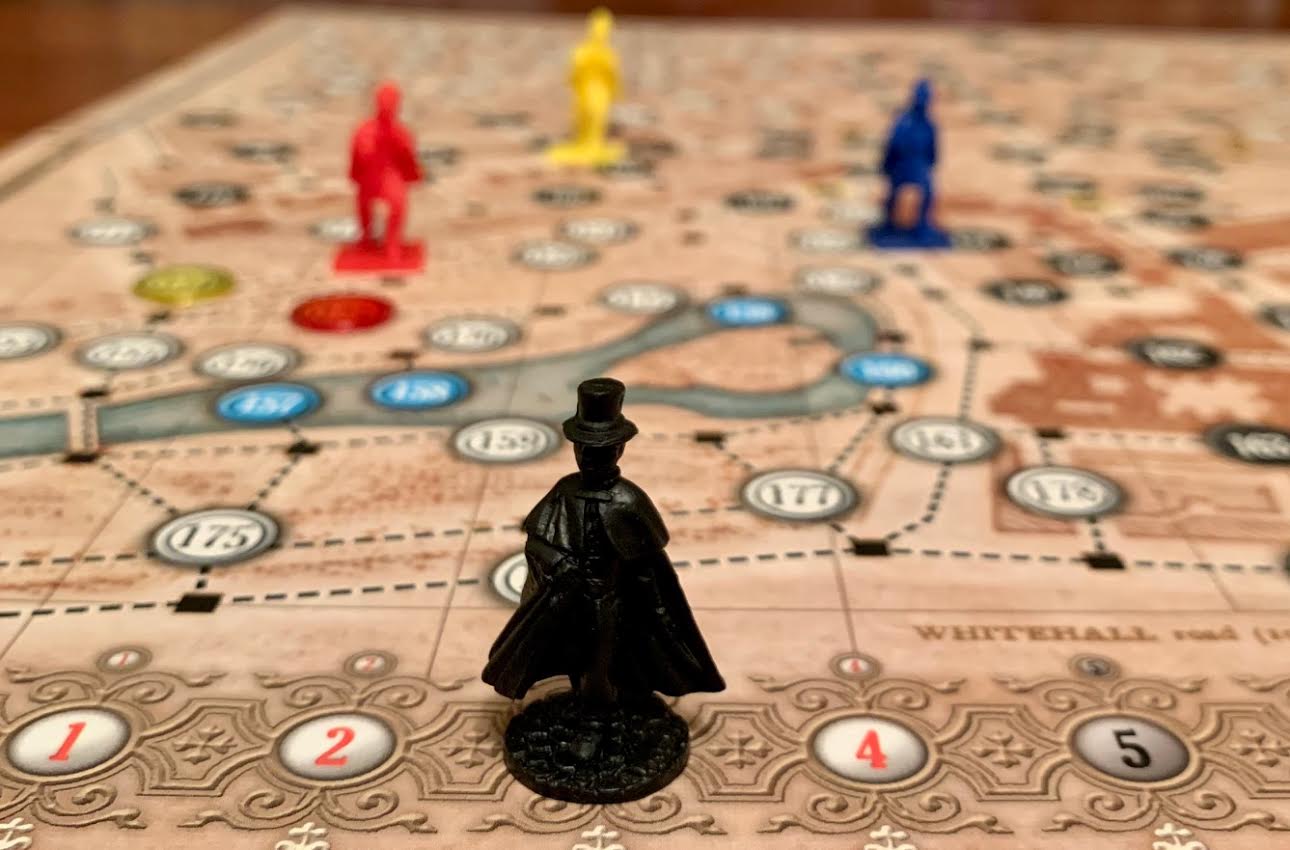 As for my recommendation, I definitely suggest getting one or the other of these games, but you probably don’t need both. As for which one you should get, it depends. Letters from Whitechapel, while sort of a fragile design, has the potential to provide unforgettable, theme-drenched experiences. It is more of a gamer’s game, while Whitehall Mystery is more of a family-weight game. The sequel is much more accessible to new players, but it may not make folks sweat quite as much as Whitechapel. Still, though, I give it a slight edge over the original.

Whitehall Mystery cleans up some of the issues I had with the original Letters from Whitechapel. Though some of the psychological strategy gets lost in translation, I prefer this game overall.