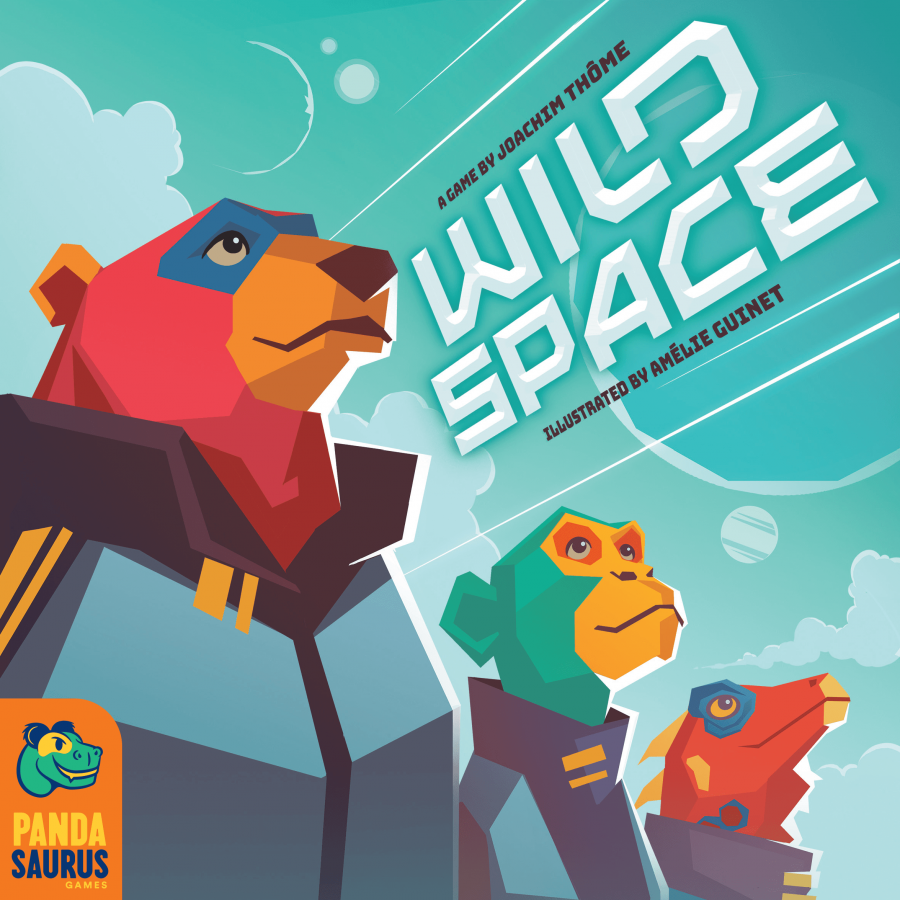 love a good card game, especially one that lets me “combo out” and play several cards in one turn. So, when I heard about Wild Space, a combotastic game with very simple rules and great art, I knew I had to check it out. But is it any good? Let’s find out! 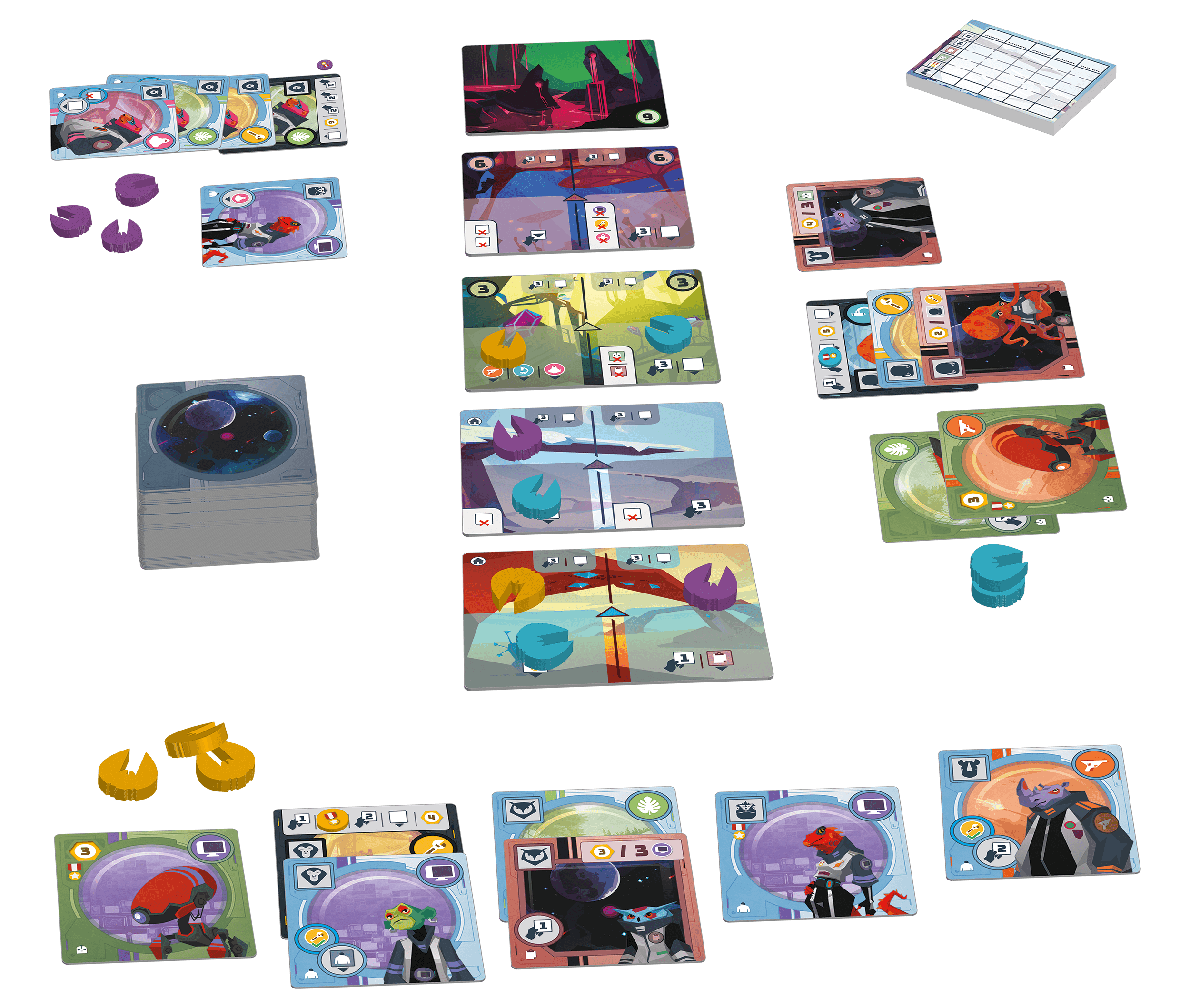 Let’s start with the components. This game looks absolutely fantastic, with some of the best “cutesy” artwork I’ve seen in a board game. The colors are bright and cheerful but the iconography (the game is language-independent) is completely clear, assuming the person teaching the game is not an idiot. (Sorry, friends!) The game is very competitively priced at $29.99; it feels the same gameplay niche as Splendor and Century: Spice Road, both of which run ten bucks more. My one complaint: I can’t stand square cards, and there’s no real reason for them here.

Back to the comparison to Splendor and Century: Spice Road, it feels like the right comparison, except that Wild Space tries to walk the line between two genres. It’s a simple card game of set collection, but it also generates those long combotastic turns games that so many deck building games are known for. This is primarily done by cards that let you play another card, which let you play another card, which lets you draw cards…. And so forth. There are no resources; the game is primarily one of set collection and drawing new cards to set up new chains of combos. It is at the same level of complexity of a Splendor or a Spice Road, but endeavors to be much more than that, without the extra rules weight.

And for the most part it succeeds. You get the great feeling of chaining several cards in a single turn — crucial in a game that only has ten! But at the end of the chains, the accomplishments don’t feel quite as good as I had hoped they would. “Yay, I have all six of a thing” just doesn’t across with the right level of oomph, and I think it’s because the game is so completely devoid of player interaction. There’s no racing to grab the last cards in a pile, no hitting each other in the face, not even any blocking on what really feels like worker placement spots. The only way you can compete is to grab cards from the row of available cards before they do, but this game has the most forgiving rules on refreshing the cards available that I’ve ever seen, so this is hardly a bump in the road. Without the tension — without me actually scared of seeing someone “combo off” — the system falls just a little flat.That being said, the game has everything else going for it. It’s fun, it’s fast, it’s simple, and it allows for big combos. If you don’t care much for player interaction anyway, then Wild Space is an easy recommendation, but it won’t replace games like Dominion, Star Realms, or Innovation.

It won't fire any other games in your collection, but Wild Space is a lot of card-comboing in a short amount of time.