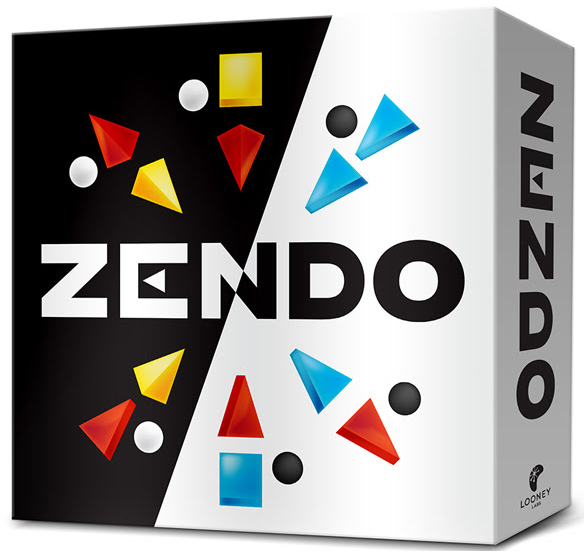 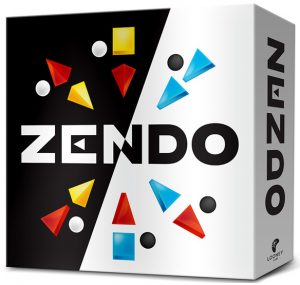 Zendo is a popular game of inductive reasoning from Looney Labs. One player is chosen as the “moderator,” and she establishes a secret rule. Throughout the game, players build abstract structures and learn whether or not they follow the secret rule, in an attempt to determine what the rule is.

Zendo is like no other game I’ve played. This game of inductive reasoning grew out of Looney Labs’ popular IceHouse game line. If you’re not familiar with the IceHouse system, it is a large group of games that all use a single set of components. The colorful, plastic, IceHouse pieces serve as generic parts that can be used for a plethora of games. Essentially, they are a clever means of creating a limitless supply of play experiences with a single, abstract set of components.

Zendo was originally released as a standalone game in 2003. The brand new, 2017 re-release of the game includes tons of IceHouse pieces. They come in three colors and three shapes. Each turn, one player becomes the “moderator.” This player secretly creates a rule using one or two criteria. To do this, he draws a card which usually lists several possible criteria on it. He then uses special sliders to select his desired rule. For example, the rule might be:

The structure must contain at least one blue wedge piece. 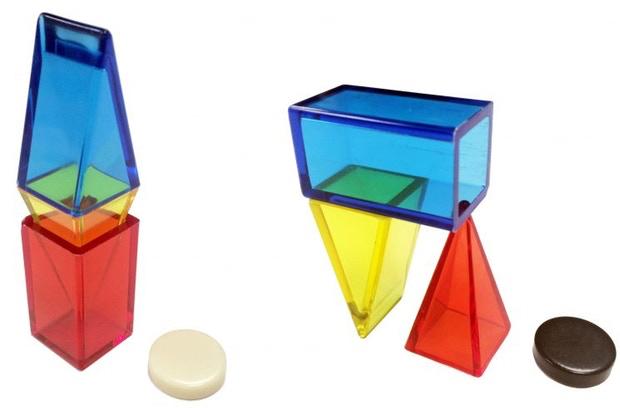 Once the moderator has established the secret rule, he builds two structures, one that follows the rule, and one that does not (see photo above). These structures are marked with a white and a black chip, respectively, to denote which is which. On a player’s turn, he builds a structure of his own. He may then do one of two things:

If a player wishes to guess the rule, he spends one of his green cubes and states his guess. If he is correct, he wins. If he’s incorrect, the moderator must build a new structure that disproves his guess. For example, suppose a player guesses that the rule is, “The structure contains no red pyramids.” If this is not the rule, the moderator must build a structure that includes a red pyramid and follows the secret rule, thus proving the player’s guess wrong.

Throughout the game, there will be more and more structures built. As this happens, the rule will (hopefully) become more clear, as players use inductive reasoning. If a player guesses the rule correctly, he wins.

The 2017 version of Zendo looks amazing, with top-notch components. When I first opened the box, I tossed the rules aside and just started playing with the IceHouse pieces (don’t judge me–you’ll totally do the same thing if you play this game). The tokens have a nice weight to them, and the minimalistic graphic design really works. The original version of Zendo had an Asian zen theme, but I think Looney Labs made the right choice by removing the theme altogether. This is an abstract game, and I don’t feel that it needed any window-dressing.

I really like that the game includes two books. The first is simply a rulebook, covering the basic game concepts. The second book, appropriately titled “Going Deeper,” provides players with strategy tips and ideas for customizing the play experience and exploring the game further.

With that said, the rules are not perfect. This may be a minor quibble, but they never mention what the green cubes are used for. It’s fairly easy to infer that they are guess markers, but the rules should really say this outright. 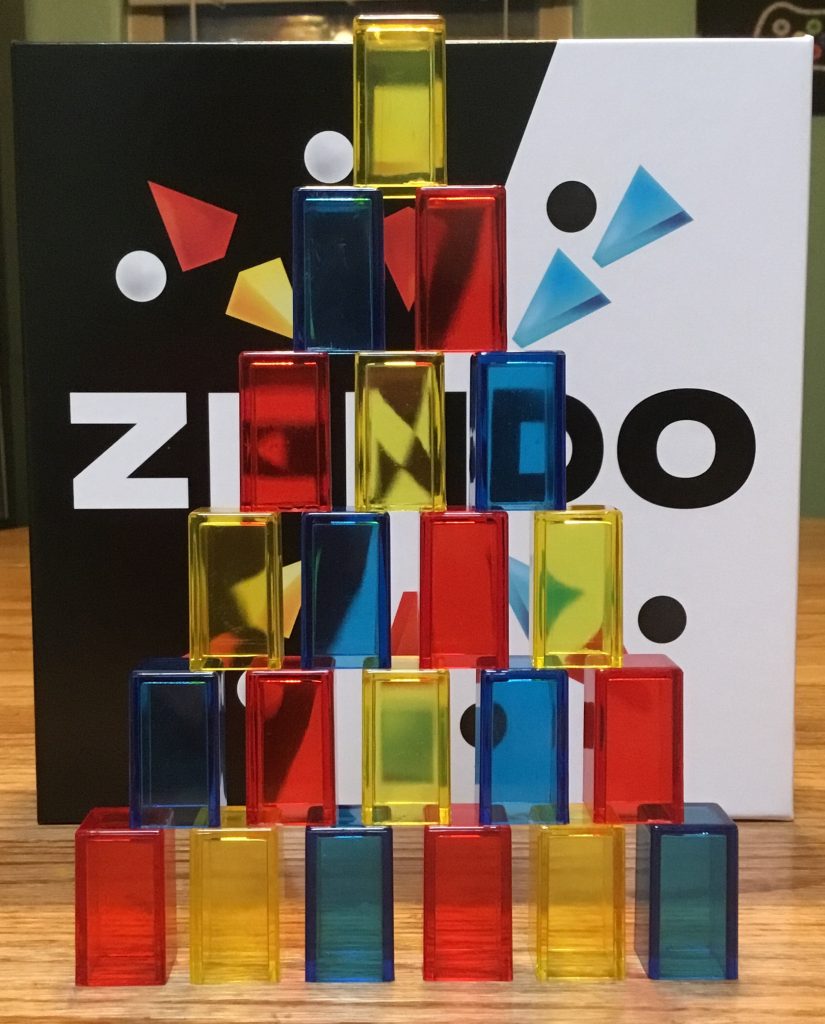 Zendo is intriguing to play. It feels like a unique experiment in game/puzzle design that turned into a full-fledged product. It’s different than anything I’ve ever played, but it’s fascinating. It’s part puzzle, part game, part weird mental exercise. If Andy Warhol designed games, I think this is what they would look like.

I think a very specific type of person will like Zendo. Oddly, I don’t think it will appeal much to fans of abstract games, since it is so freeform. It lacks the rigid structure and tactical depth of Chess, Go, or the GIPF series. It does not have an overwhelming amount of strategy, but I think that’s okay, since it’s not a “game” in the traditional sense. It’s an experience.

My guess is that Zendo will be a hit for folks who love puzzles. It is a pretty amiable experience, with no attacking or nastiness. I could see this game being used as an instructional tool to teach logical reasoning; it tickles the brain and asks players to think in new and creative ways. It’s not a game I’ll be playing every week, but I encourage you to check it out, especially if you’re just looking for something new and fresh.

A review copy of Zendo was provided by Looney Labs.

Zendo is its own thing. It's a very unusual game—one that demands repeated plays to really explore. Great game if you're looking for something different.