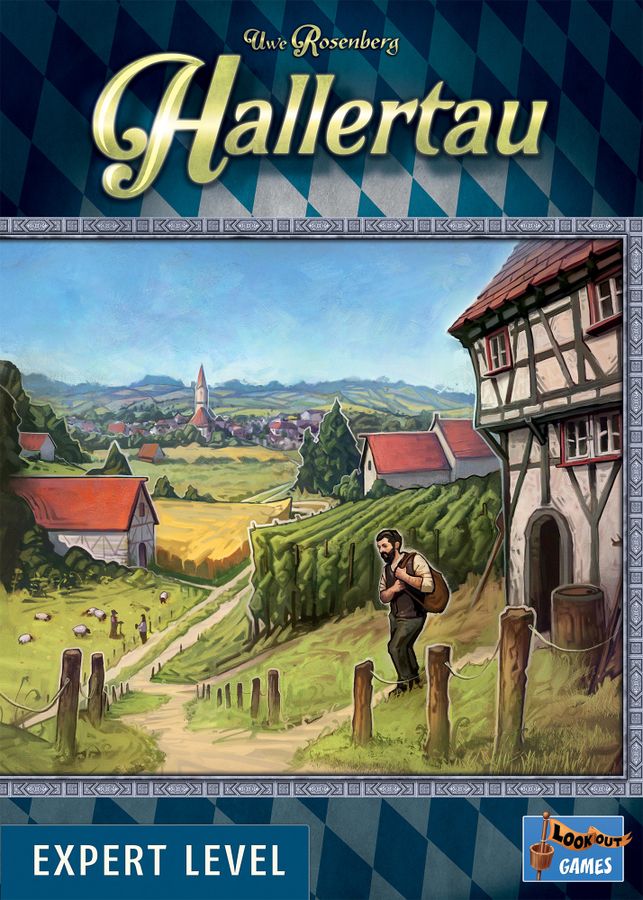 Hallertau is a new release from prolific eurogame designer Uwe Rosenberg. Using worker placement as its central mechanism, this game challenges players to grow crops, interact with local artisans, and develop a humble township. It bears many of the hallmarks of Rosenberg’s design style, so it will likely appeal to folks who enjoy other games of his like Agricola and Le Havre.

Hallertau is an epic game from Uwe Rosenberg of space combat, diplomacy, and betrayal.

The goal of Hallertau is to earn the most points, something players achieve by (among other things) playing cards, breeding sheep, crafting jewelry, and developing a community center. In this game, each player maintains an individual tableau, and they share a common action board, as well. Players’ tableaus include:

A field board, where they grow and harvest crops… 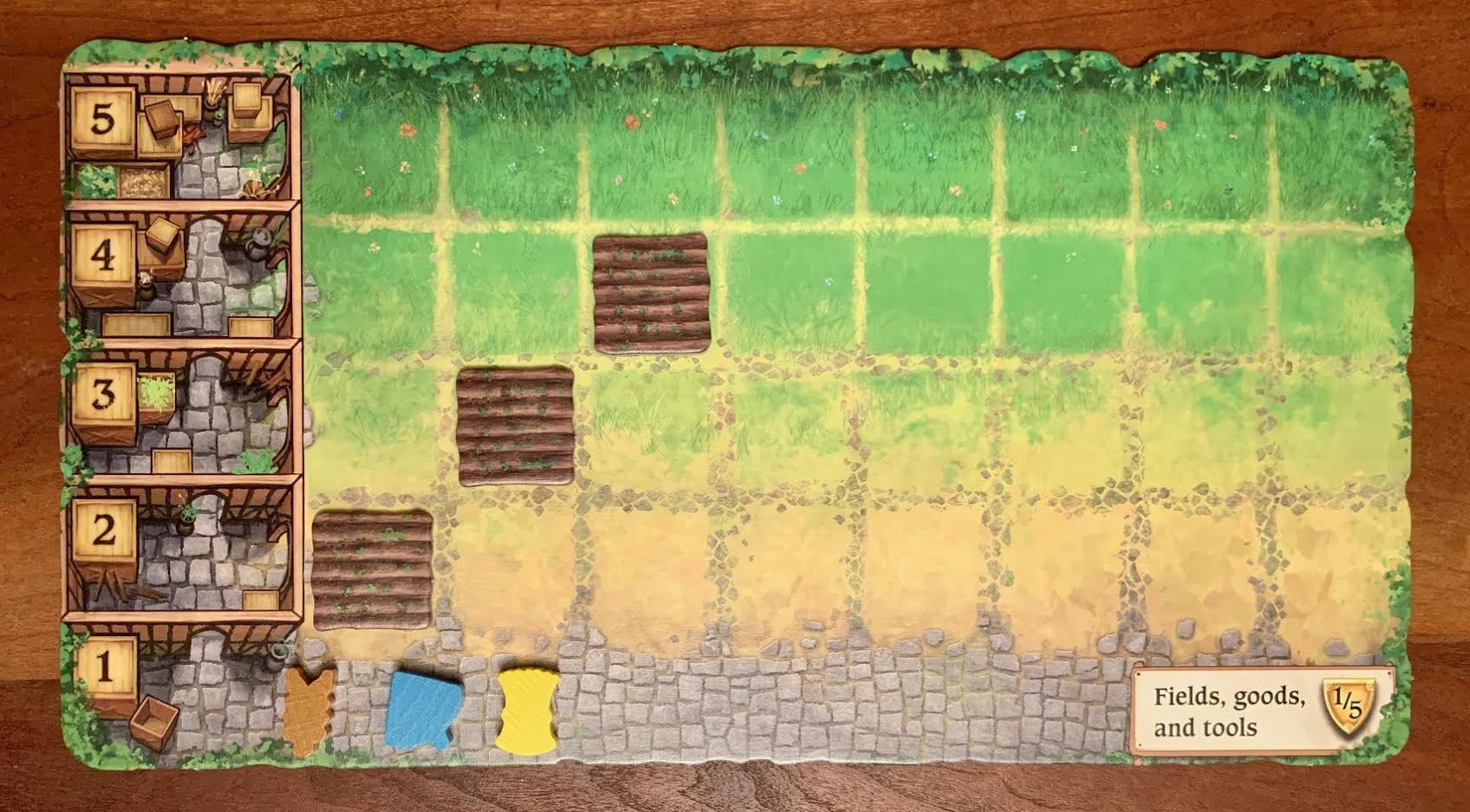 a community center board, which they use to develop their town and increase its reputation…

a farmyard board, where they breed sheep… 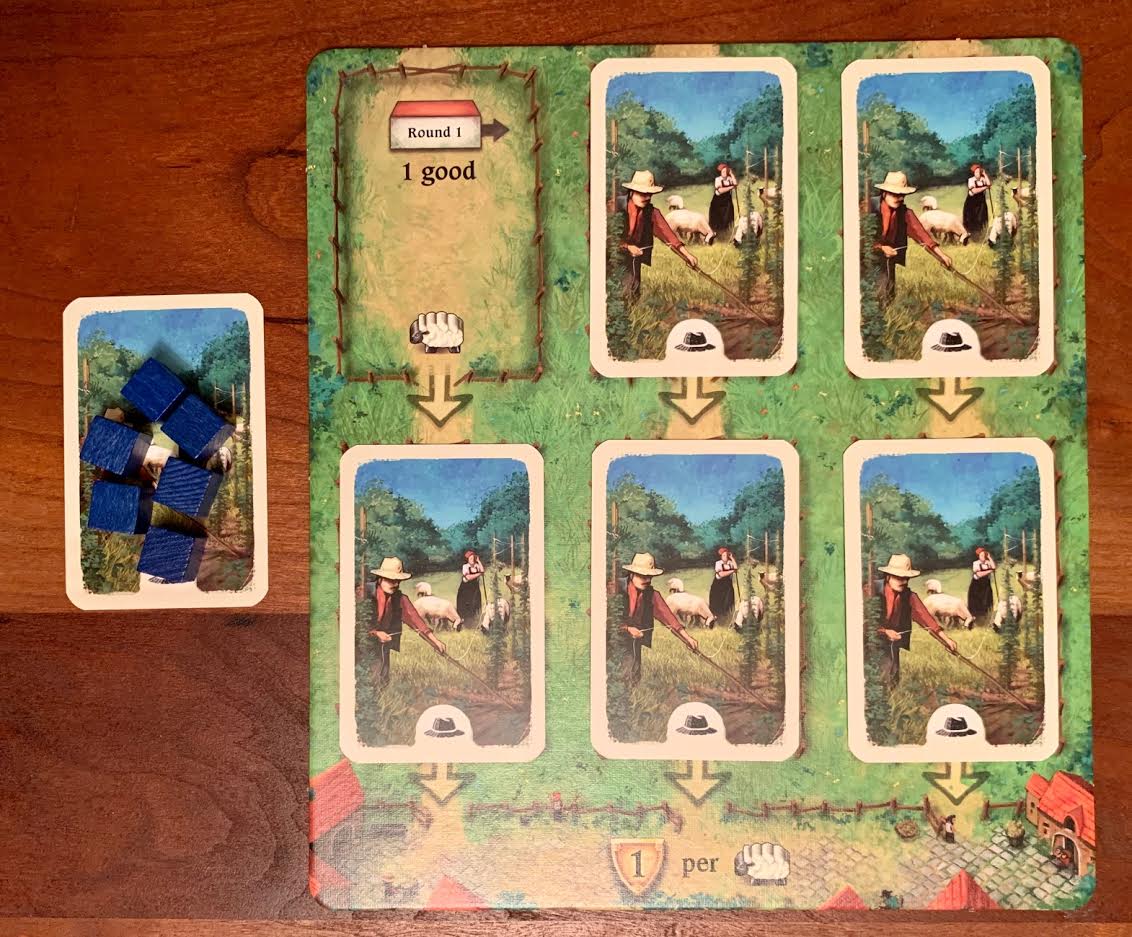 Each round, all players remove a card from their farmyard board. The number in their community center window (6 at the start of the game) determines how many workers that player will get for the round. After all workers have been placed, the farmyard card is added to the player’s hand.

and a hand of cards.

When everything is set up, there is a lot to look at on the table.

The game is played over 6 rounds, each of which is comprised of 10 phases. There is no sense in covering all of the phases – doing so would make this review far too long – but I will focus on the 2 most important ones, the ones that contain the main strategic elements of the game. (The remaining phases are mostly just maintenance/upkeep, etc., anyway.)

Each round, players alternate placing workers (blue cubes) to take actions. The action spaces are displayed on the central board, and each space has slots to place workers. 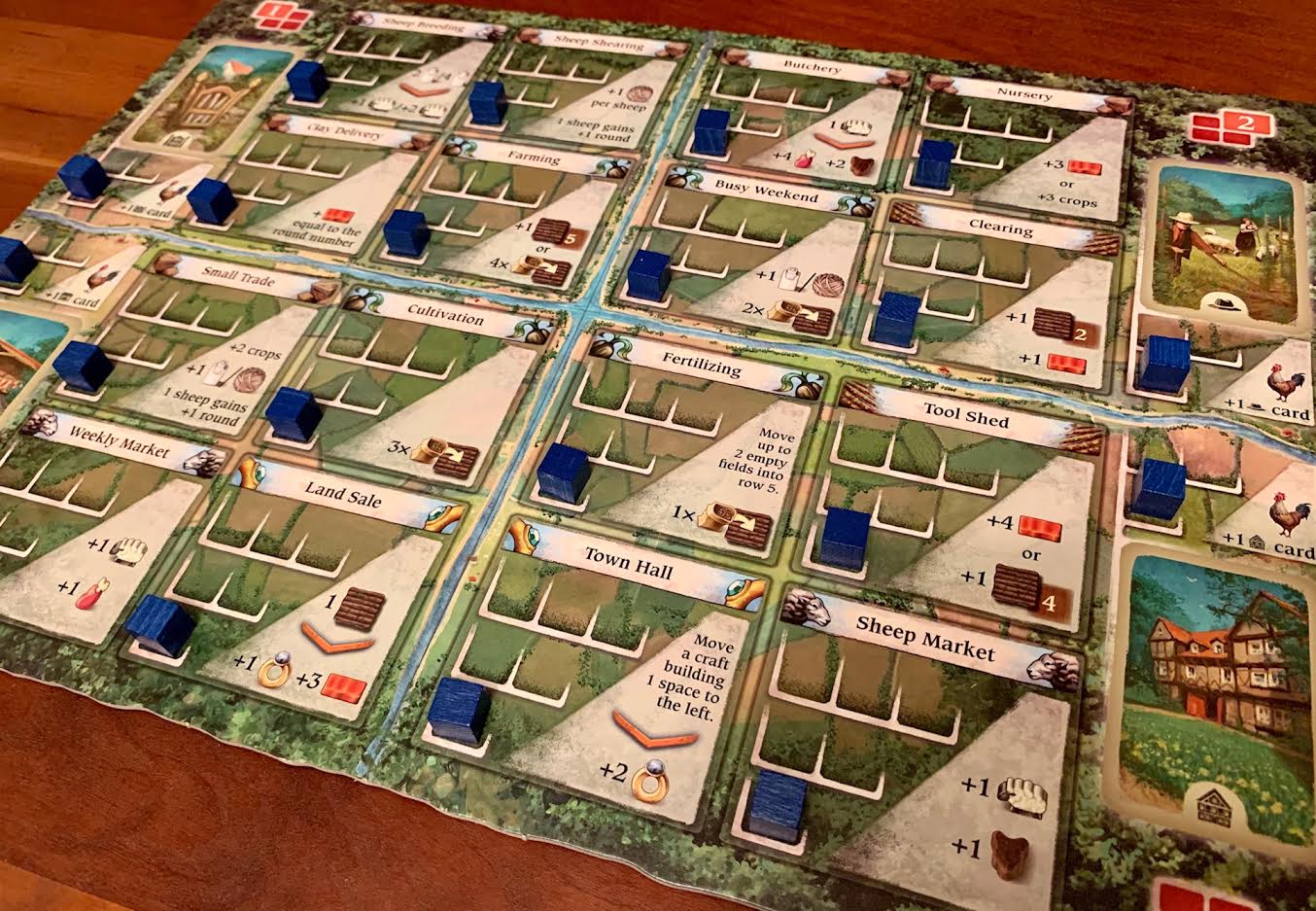 An interesting aspect of Hallertau is the way actions increase in cost. Any time someone takes a particular action, its worker cost increases for the next person. If a space is empty, for example, the first player to place there has to spend only 1 worker, then the next person 2 workers, and the next person 3. If a space fills up completely, its action becomes unavailable, at least temporarily. At the start of every round, a number of workers are removed from the board, but many cubes will remain from round to round, keeping the options tight.

Actions can allow players to: 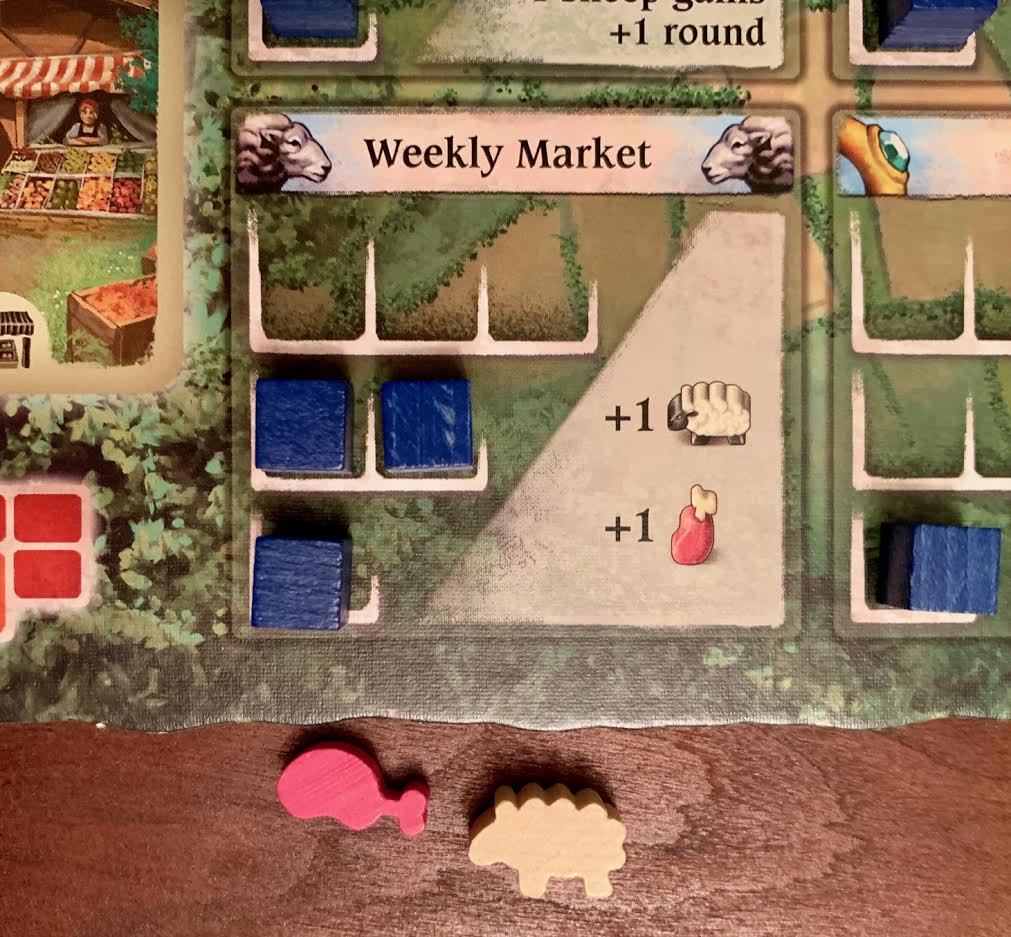 Suppose the first player wants to use the “Weekly Market” space. There is already 1 worker there, so the player must spend 2 workers, which are placed in the middle row. They then gain the resources shown on the space. If another player were to use this space later, it would cost 3 workers!

Note that this player now gets 7 workers instead of 6, since their community center has moved to the right.

The game lasts 6 rounds. At the end of the final round, points are tallied (they can come from a number of different sources), and the player with highest score wins!

Now, before I get into my thoughts on this game, let me say once again that I glossed over many of its finer points in my overview above. I didn’t mention, for example, how jewelry is used, how fields can become more or less efficient, or how tools are used to move boulders on the community center board. Hallertau is quite involved, so describing every detail of its gameplay just wouldn’t be feasible. For a more complete picture  of its mechanisms, check out an instructional video on YouTube or BoardGameGeek.

As for what I think of the game, it is another strong euro offering from Rosenberg. His signature design style comes through here; this game is an efficiency puzzle in which players can do more and more each round until the critical endgame where everything comes to a head. (And of course, it is themed around farming.) Folks who have enjoyed his other games will probably like this one too. While the gameplay is far from thrilling, it has some cool ideas that I haven’t seen before, even in other Rosenberg games.

The production quality of Hallertau is comparable to other Lookout titles. Inside the box are a whole mess of wooden bits, hundreds of cards, and a bunch of cardboard components. The graphic design is functional, but not very dynamic. That said, though, the boards are all fairly large, which keeps them readable. Like many euro games, the focus here seems to be on function rather than form.

Bottom line: Hallertau is yet another highly strategic game from Uwe Rosenberg. Players familiar with his ludography will immediately see hallmarks of his design style in it, but it manages to feel unique among his other designs. Fans of mid-heavy euros should check it out.

Hallertau is yet another highly strategic game from Uwe Rosenberg. Players familiar with his ludography will immediately see hallmarks of his design style in it, but it manages to feel unique among his other designs. Fans of mid-heavy euros should check it out.