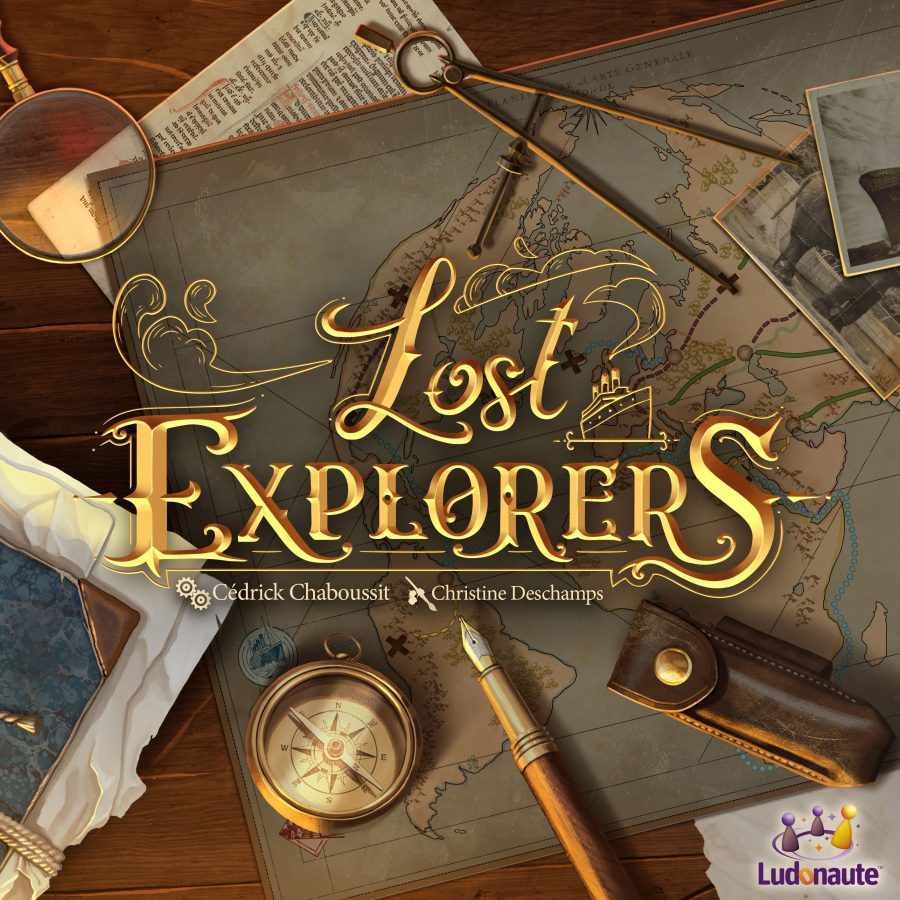 One of the most common themes in modern board games is that of exploration and discovery, especially among European designers. Cédrick Chaboussit’s first big game was Lewis and Clark: The Expedition, followed by a dice game with the same theme, Discoveries. Now he’s brought us Lost Explorers, which plays out more like a Ticket to Ride style set collection game, but players are again explorers, this time looking for clues to the entrance of a lost world… 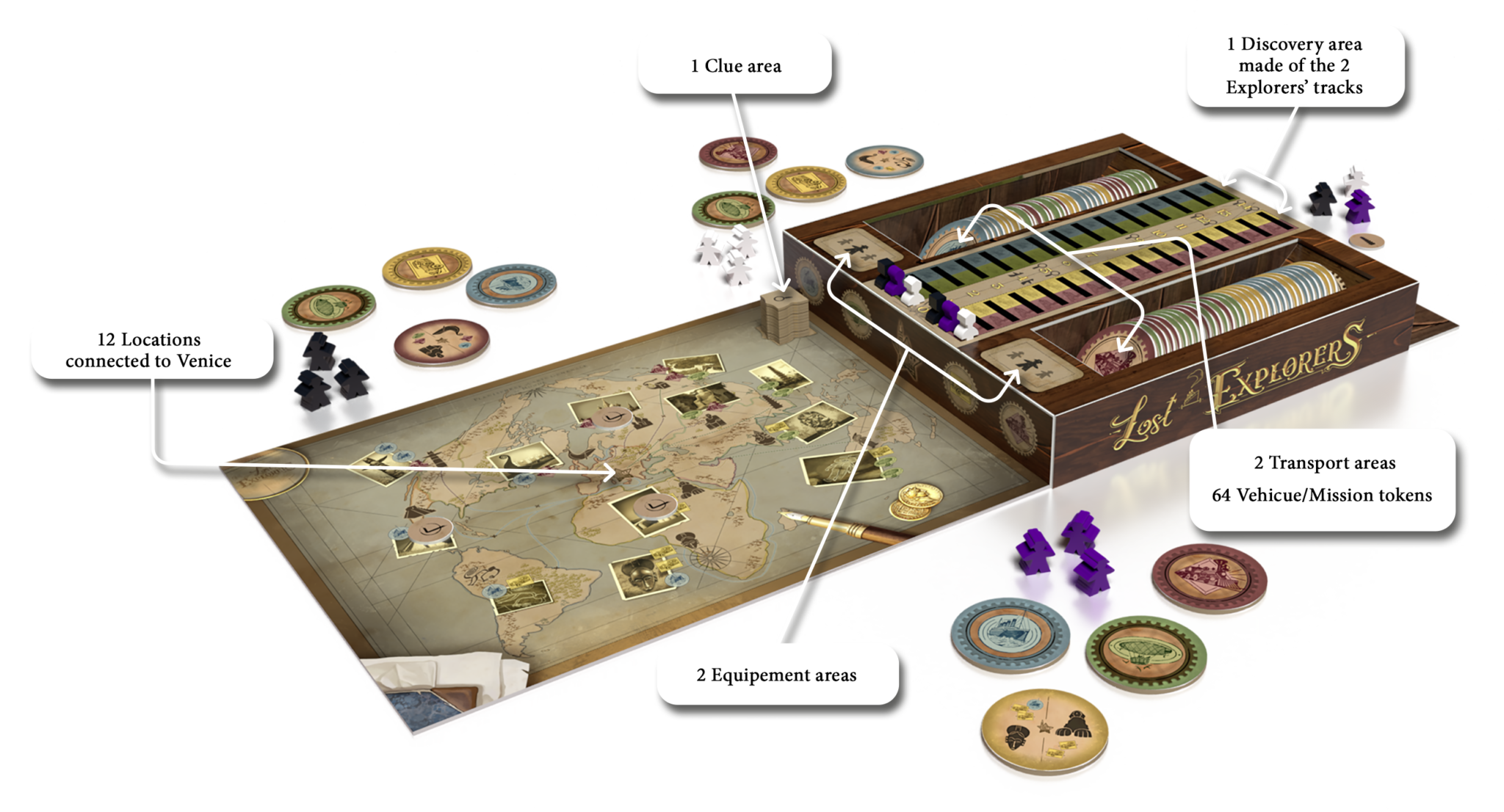 The gameplay in Lost Explorers is incredibly simple. This is definitely meant to be a family game, for late elementary school kids all the way to grandma. Players are collecting different colored tokens and using them to complete “missions” that provide points; the points are split into two types (blue/green, red/yellow) and players need to advance on both tracks to gain clue tokens. The first player to get four clue tokens is the winner. There is some subtlety in the ways that players acquire new missions and new tokens, and the way workers are attributed to spaces. But the most importantly subtlety is the giant disguise that Lost Explorers wears; its layout pretends that it is more than what it is, and generally makes the game worse. As an example, what wasn’t clear in the rulebook is that the numbers on the clue tokens are irrelevant for gameplay, but simply add up to a QR code on the rulebook that shows you where the entrance “really” is – a great idea, but I was expecting some sort of audio or video or artwork, not just a Google Maps pin.

However, the actual main “gimmick” of Lost Explorers is the way that the game box also acts as the playing area. The top of the box lid, which unfolds on a hinge, creates a map where plays can place workers. But this is a facade; the only adjacencies on the map are everything connecting to the center. This is essentially just a worker placement board with the appearance of being a route game; there are no routes. While the iconography is helpful, the incredible amount of grey and beige are not, it is often difficult to quickly identify which city is needed for a mission.

The tokens themselves are the other main part of this gimmick. They are presented in two columns, stored in the box, between the removable point tracker. Each has a mission on the back, but you do not know the details of the mission until you take the token and choose to use it as such. You can also commit extra workers to dig deeper into the pool of tokens, which means you need to be able to see clearly what’s available. Except, you can’t, because the minute you take 2-3 tokens out of the box, the whole thing slides flat. We eventually had to give up and just very, very carefully splay the tiles on the table.

Mechnically, Lost Explorers is an okay, if unoriginal game, but its gimmick brings it down considerably. Halfway through our first game, it finally clicked with me that this should have been a card game. Point Salad essentially beat this game to the punch, with ways to score VPs on the back and resources on the front, and that game works because it’s simple and fast, cheap, bright, and cheery. Instead, Lost Explorers tries in vain to take a very similar system and make it out to be bigger than what it is, at its own expense. I would rather just play Point Salad, and have more fun in a shorter amount of time.

Lost Explorers bets everything on its gimmicks, but they make the game worse.