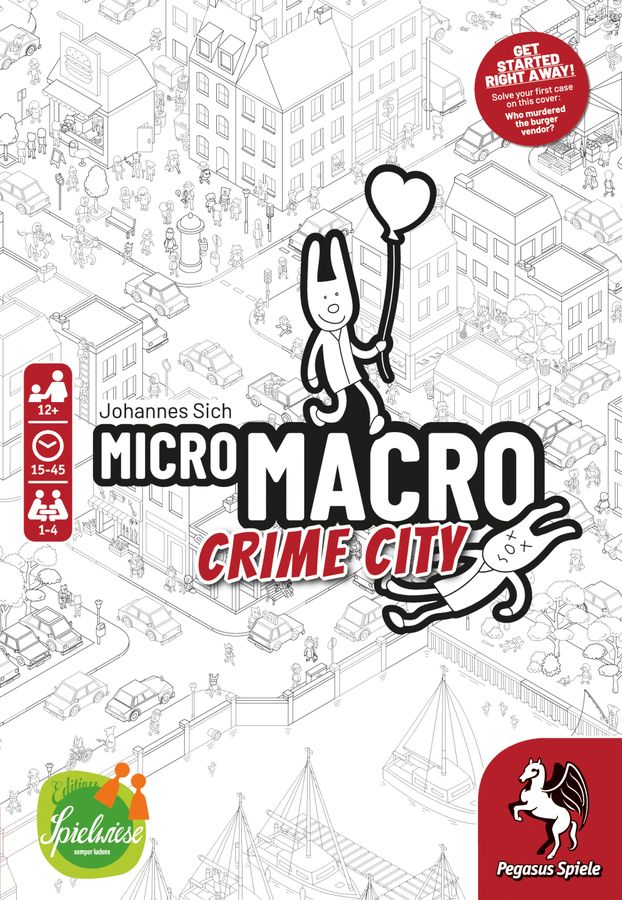 MicroMacro: Crime City is a game of visual sleuthing. In this game, players carefully study an oversized map of a cityscape, looking for clues to solve a variety of crimes. It is a very unique game, one that will appeal to a wide audience, especially families and puzzle-lovers.

Amid the constant tidal wave of new games, it is rare to find one that feels really, truly unique, one that provides a totally-new experience. I’ll come right out and say it: I have never played a game like MicroMacro: Crime City.

Though the idea of seek-and-find is nothing new – it has been used in countless children’s books like Where’s Waldo? and I Spy – it’s an untapped concept in the hobby board game world. MicroMacro takes this notion and makes a mystery-solving game out of it.

Now, normally my reviews include several paragraphs describing gameplay, but for this game, you can actually try it yourself, right now, for free in your browser (no downloads required). Follow this link to play the demo case! I’ll wait.

For fear of spoilers, I don’t want to show any of the actual cards that come in the game, but the demo case provides a good idea of what they are like. In a cool design choice, the box cover itself also bears a mini-case: “Who murdered the burger vendor?”

Looking closely at the cover, we see the following sequence of events: 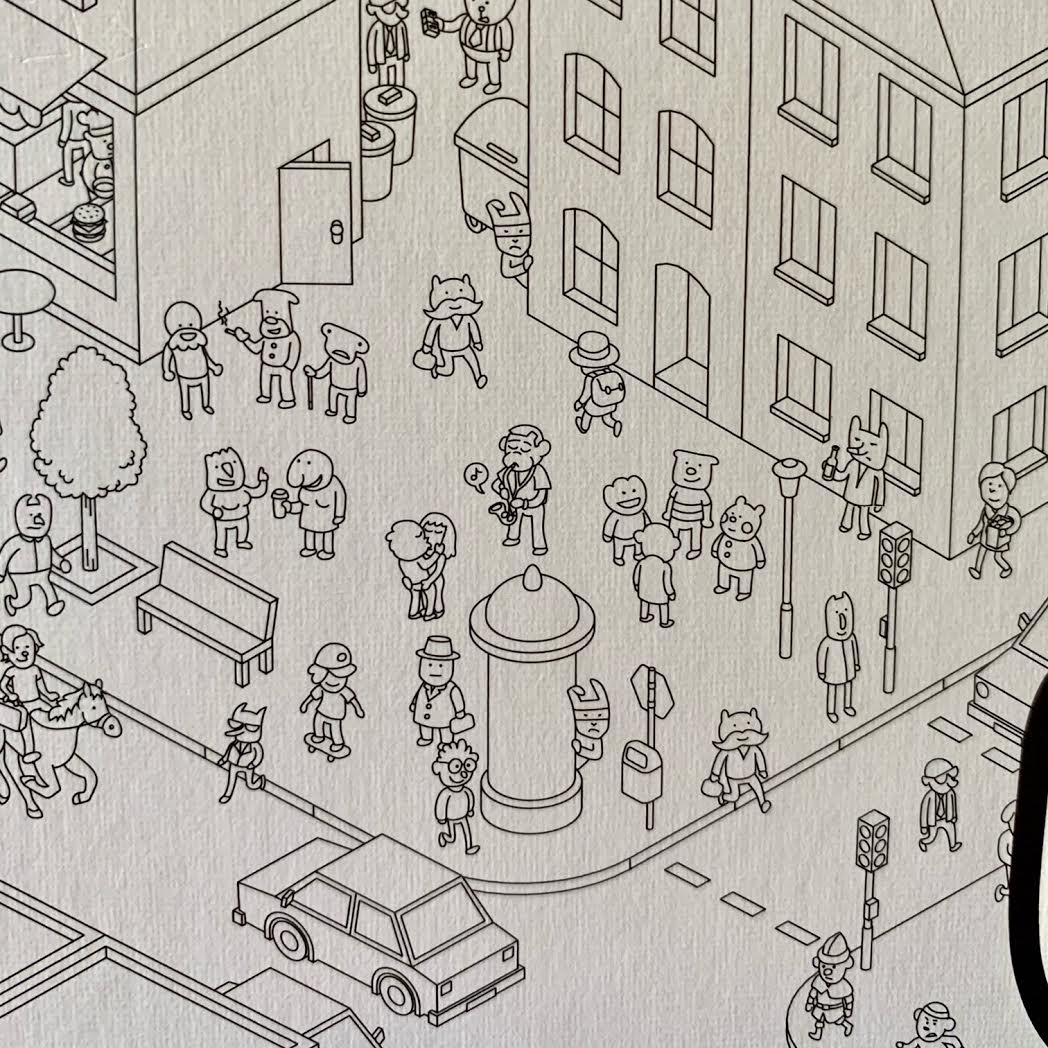 The burger vendor leaves his stand and crosses the street, as a seedy-looking rabbit watches him from the shadows… 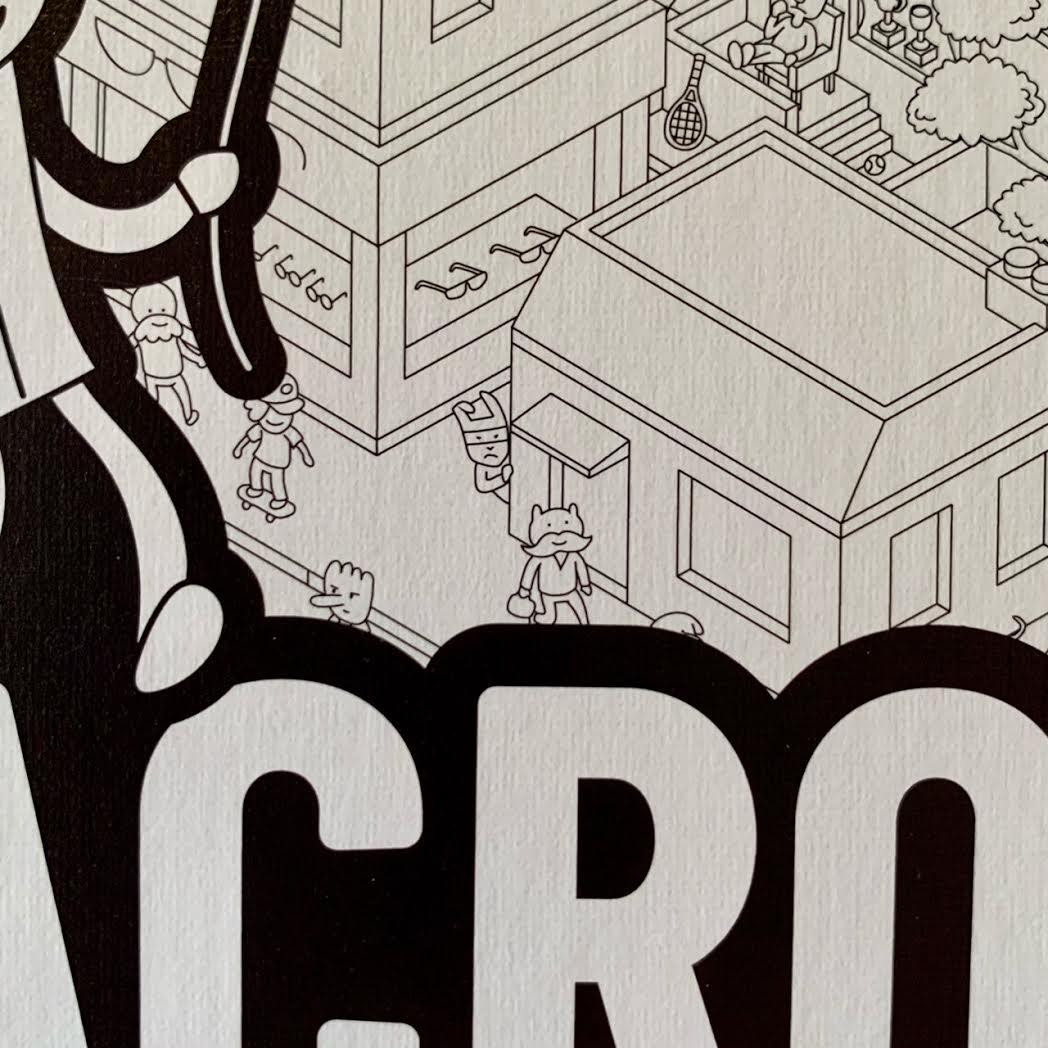 … the burger vendor continues along, rocking his rad facial hair… 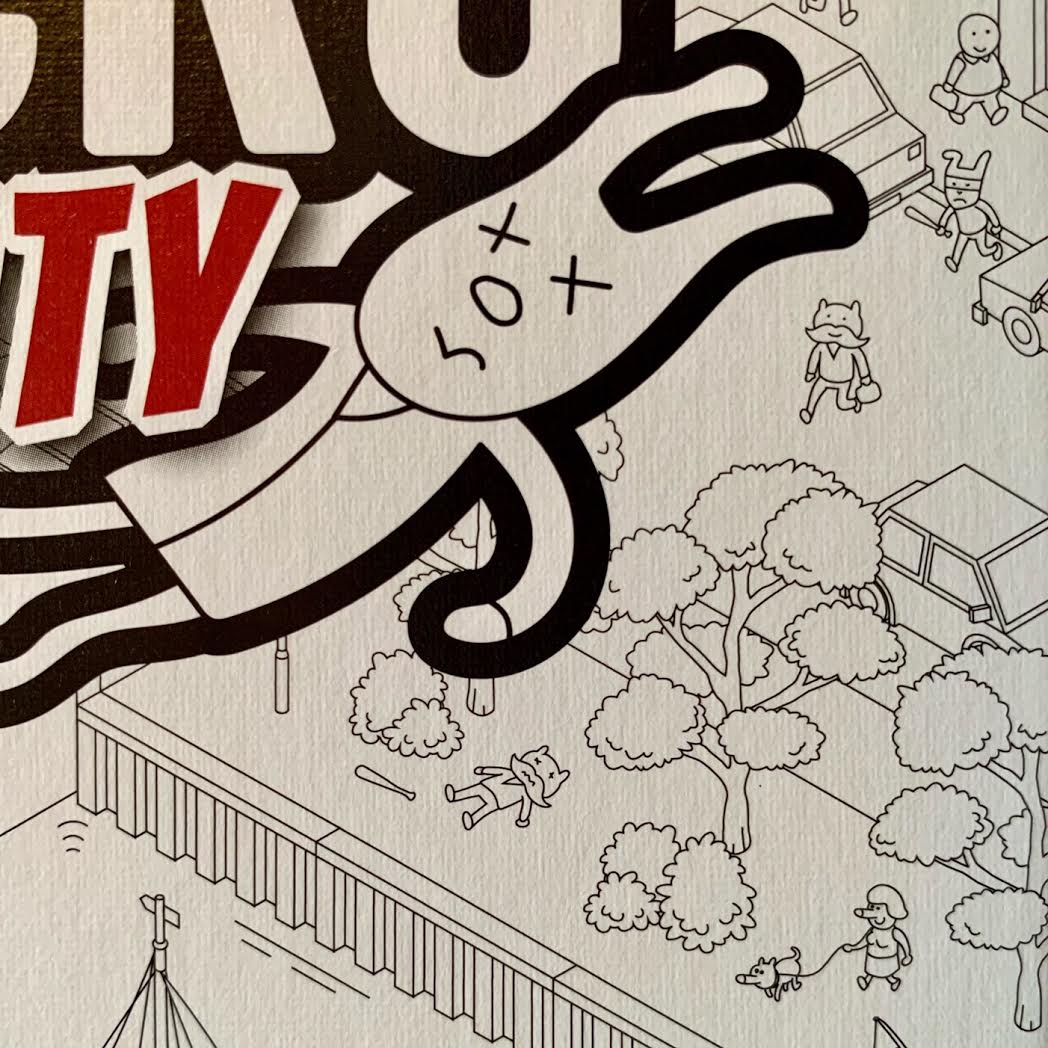 … and gets attacked by the rabbit, who wields a baseball bat! 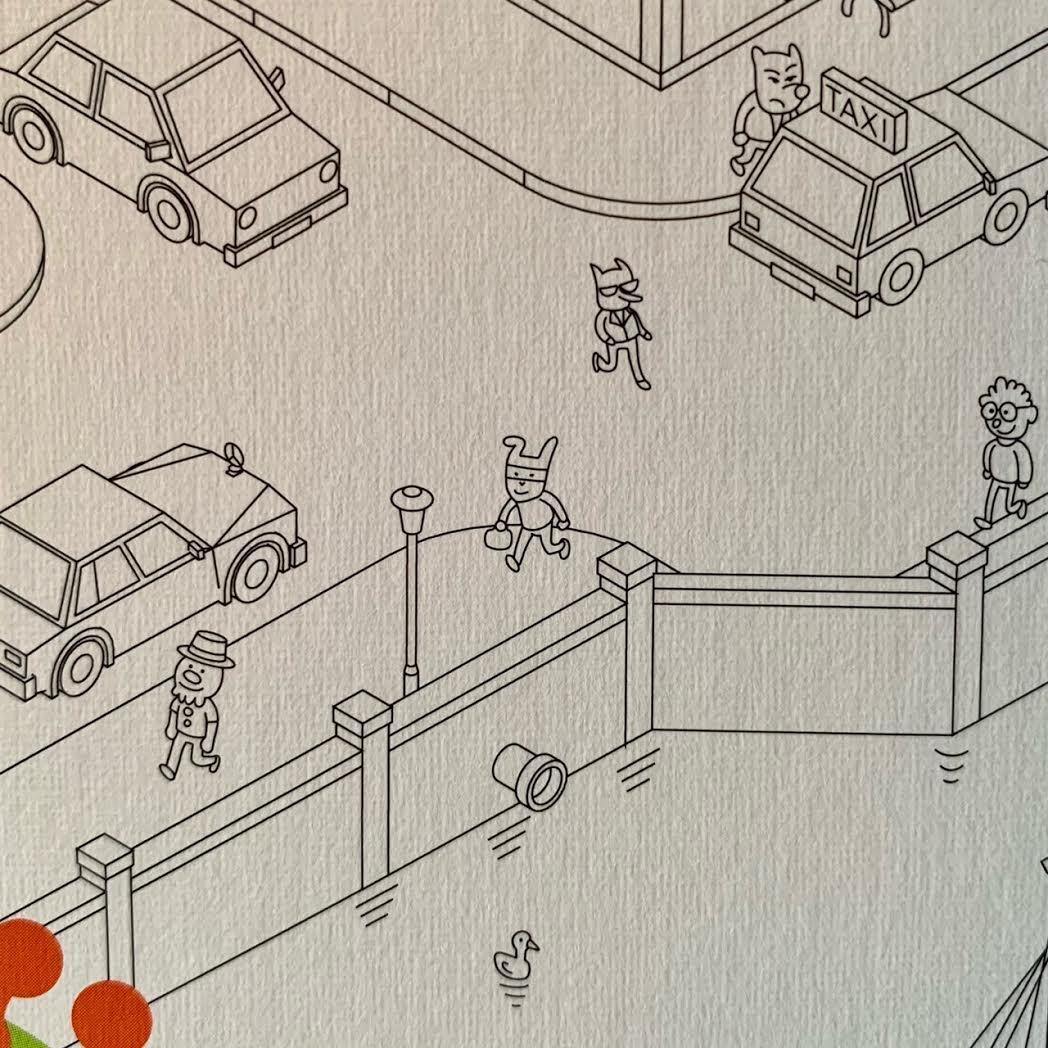 Leaving the bat at the scene of the crime, the rabbit nonchalantly makes off with the poor burger vendor’s bag.

This brings up one of my favorite aspects of the game: the built-in visual narrative. Just as the eye-popping illustrations of Where’s Waldo? tell a story, so too does the sprawling landscape of this game. It’s fun for players to imagine themselves in this bustling city; the details on the map are as much eye candy as they are potential clues.

On a more practical note, the physical components are nice. The game comes with a magnifying glass for up-close examination (a good inclusion, since it also makes the game more accessible to folks with visual impairments). The map is printed on poster paper that feels pretty durable and the cards are laid out thoughtfully for ease of use.

One thing that is really cool about MicroMacro is its ability to played incrementally, as players desire. Since it is more of an activity than a traditional game, it can be left out (even hung on a wall!) and played… whenever. Have guests over but dinner isn’t quite ready? They can solve a murder while the lasagna bakes!

As much as I love this game, I realize that it’s not for everyone. The good news is that the demo case linked above should tell you pretty clearly if it’s a game for you. Personally, I think it’s a great choice for families; kids will love looking at the pictures. Fans of puzzles will likely enjoy it, too. It’s just different than anything else out there.

I realize that it’s still very early in 2021, so it’s probably far too soon to say this, but given how much I enjoy this game, I can easily see it making my “Best of the Year” list. I suppose time will tell. In the meantime, I highly recommend MicroMacro: Crime City. It’s a ton of fun.

A review copy was provided by Pegasus Spiele.

MicroMacro: Crime City is like nothing else I've played before. It won't be everyone's cup of tea, but personally, I LOVE it.