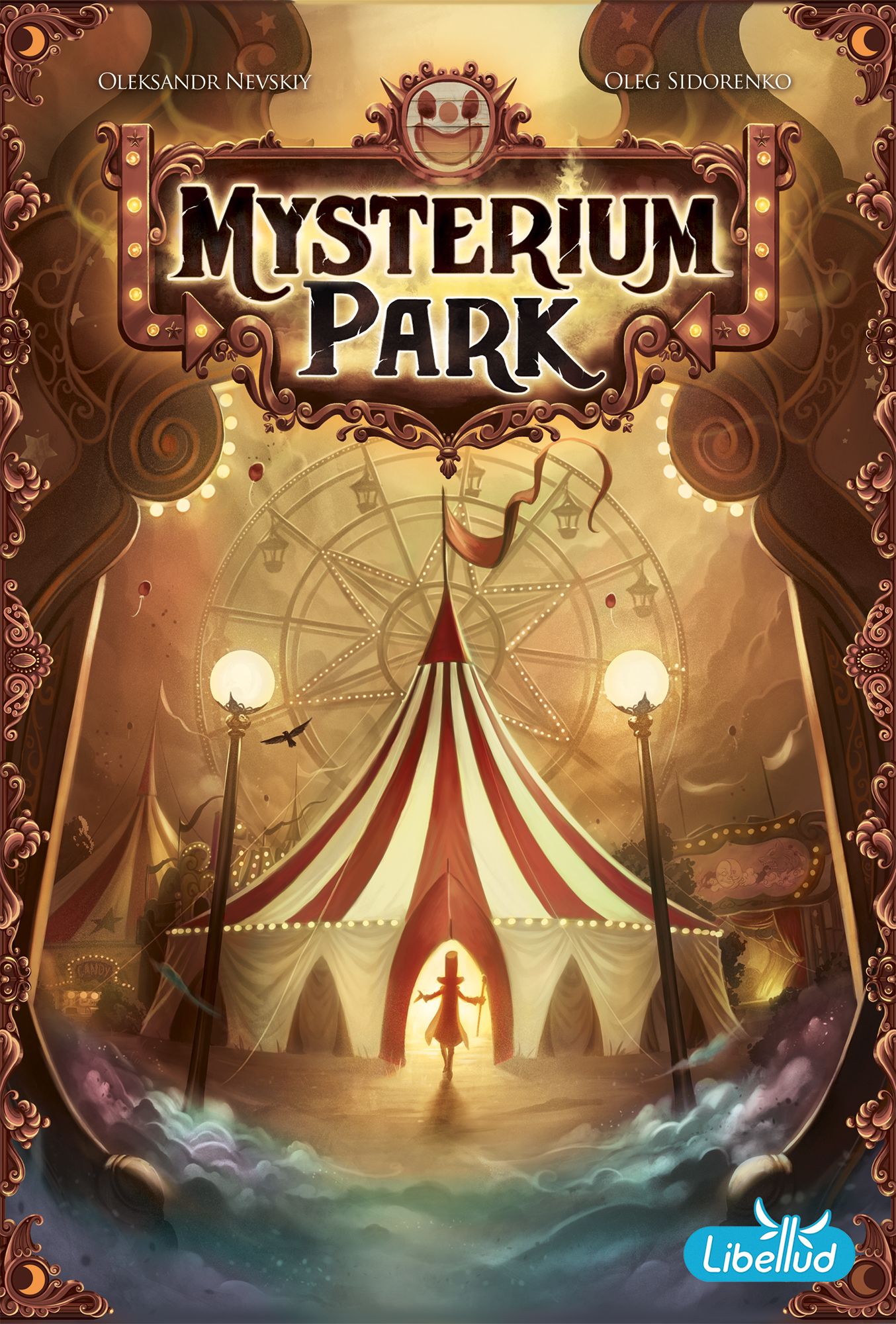 In the “before times,” when the only danger of attending a gaming convention was a few days of “con crud,” I attended Gen Con annually. One of my favorite memories is sitting down to learn the one-with-all  (as opposed to one-versus-all) cooperative game Mysterium in 2015. The table was full, but then I bargained with the booth worker: “Can I be the ghost? I already read the rules.” We lost terribly, but it was a wonderful first experience with an incredibly unique game.

Five years later, Mysterium is less unique than it was, and aspects of the game have begun to show their age. In response, Libellud has created a new, shortened version, dubbed Mysterium Park. But is shorter better? 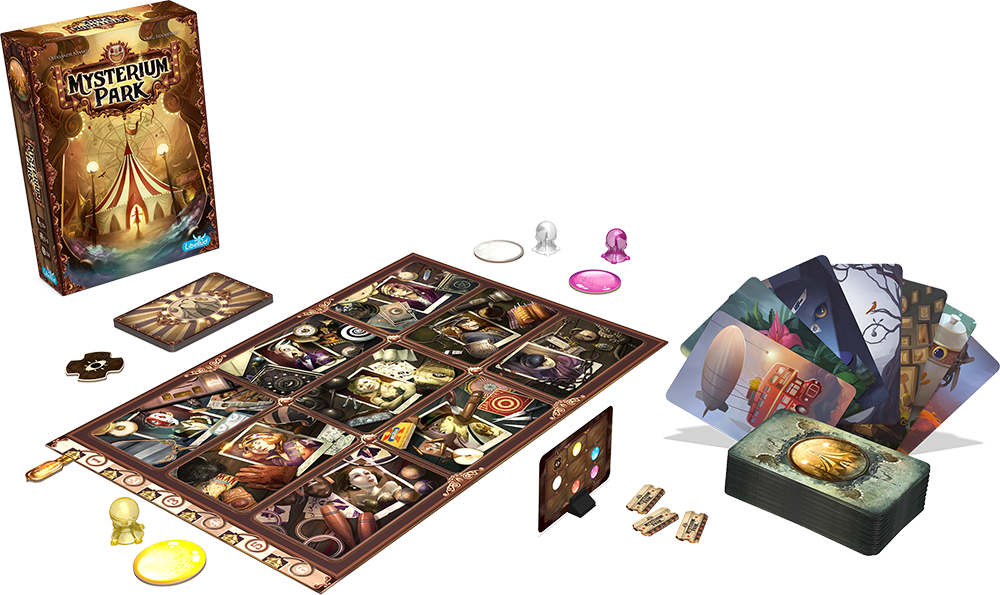 In 2015, Mysterium’s biggest competitor was likely Codenames. Although they feel very different, both involve a large group of players getting vague clues from one or two players who have “all of the info”. So, it’s no surprise that Mysterium Park borrows a key concept from Codenames as part of its simplification process. The giant player screen for the ghost has now become a “key card”, indicating which cards on a 3-by-3 grid belong to which player. This is also possible in part due to some other rules changes; most importantly, suspects and locations are now entirely separate phases (and weapons are gone). There are still a fixed number of turns to solve everything, but players cannot move on to the next type of evidence until everyone has. There is also no more “betting” on player’s choices, which we never used anyway.

Whether these changes are “more fun” or “less fun” could be argued either way, but it is indisputable that the game moves along much more quickly. (I suspect the discarding of the weapons round is the main reason.) The game still fully feels like Mysterium, and in retrospect everything missing from the original now feels like chaff, deserving to be cut. It is also absolutely amazing that this game is selling for only $29.99 MSRP. Asmodee is still charging the same price for an expansion pack of Dixit cards; this game has essentially the same content in addition to much more, and if you’re into games like casino games, there are some great sites like megaways online, where you can find the best games to make money.

In fact, I want to argue that even if you dislike the Mysterium Park ruleset, you could use this as a set of expansion cards for Mysterium. However, integration is not seamless, and this is really a missed opportunity. At minimum, I don’t understand why the Vision cards have different backs. You could still use them in Mysterium with opaque card sleeves, or just accept the fact the backs are different, but it really doesn’t make sense. More understandably, the characters and locations do not have the needed corresponding cards for Mysterium.

Of course, you can also go the other way, and try to use Mysterium’s Vision cards in Mysterium Park, and I might even encourage you to do so. It’s possible we are just idiots, but we really struggled to put these new Vision cards to good use. It doesn’t help that Mysterium Park inherits Mysterium’s biggest flaw, which is that the artwork is far too dark to notice every detail, and the worst mistake you can make in this game is to utilize a detail the other players don’t see, or to fail to notice one they do see.

Yet, while Mysterium Park isn’t perfect, it is the best version of Mysterium. Its price is astoundingly low, and it is the most efficient, well-crafted version of a unique system that helped pioneer a genre.

Mysterium Park keeps the best of Mysterium and discards the rest.