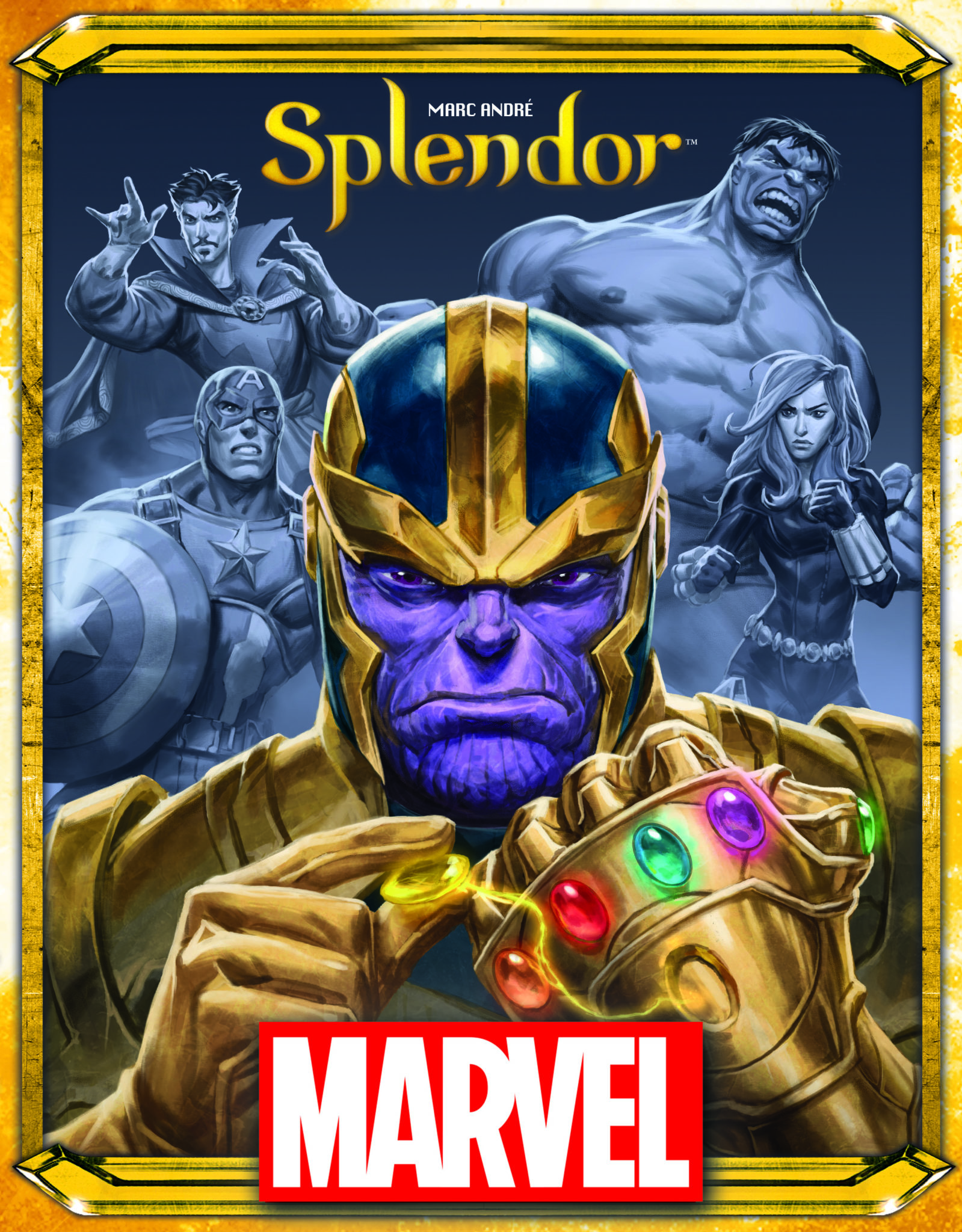 I still fondly remember playing Splendor for the first time. It was the middle of a harsh winter, and my wife was pregnant with our first daughter. Unable to go anywhere, instead we spent the day playing Splendor five times in a row. If I remember correctly, it is also one of the few reviews where I was the first person on the internet with a review ready and published.

Six years later, I still love playing Splendor, yet I still find it hard to get it to the table, due to its bland look. Now that Asmodee has the Marvel license, a new coat of paint for Splendor is a no-brainer, even if it is “pasted on”. Is the new version even better than the old one? Let’s find out! 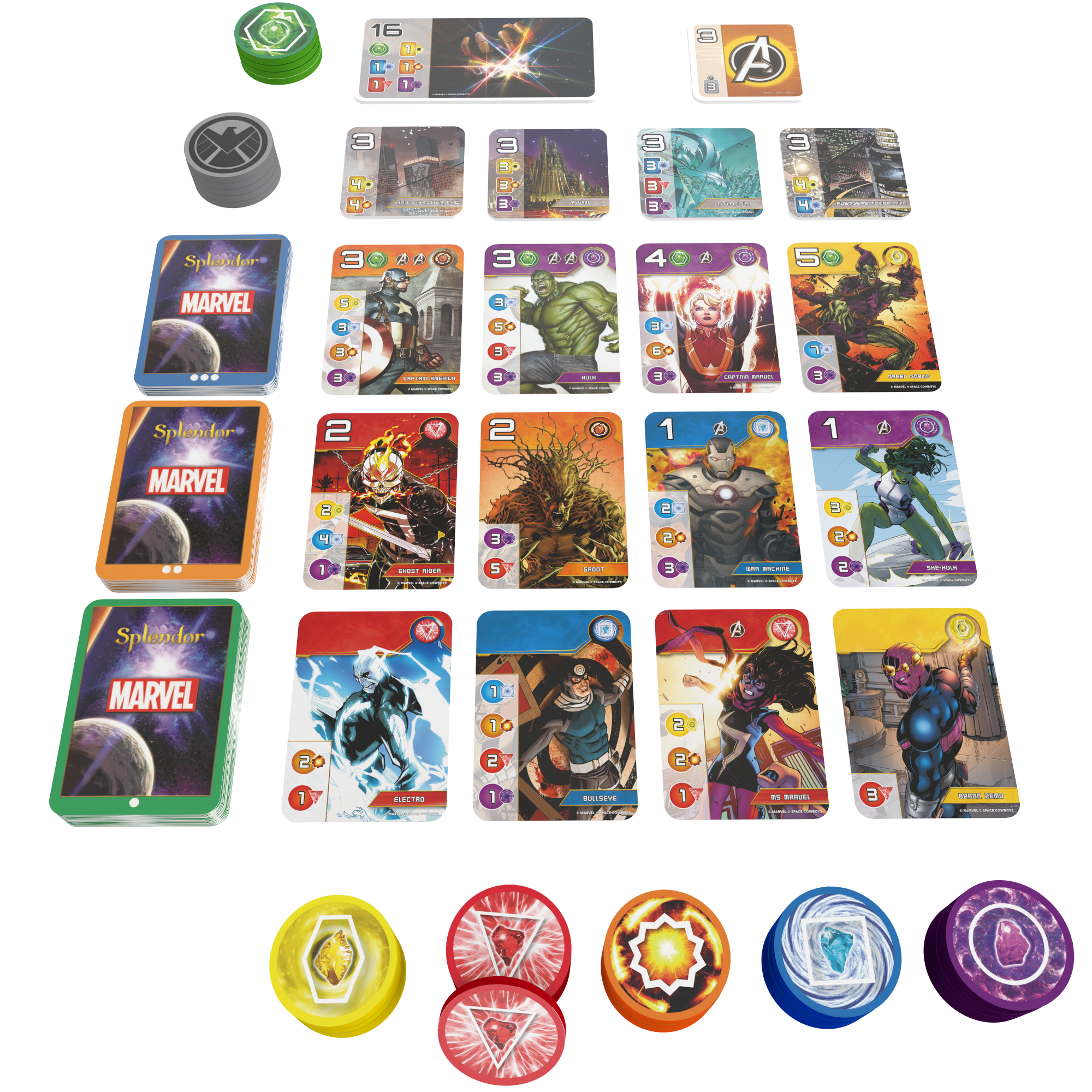 First, let’s talk about the gameplay changes. They’re small, and most of them can be implemented into the original game. Winning now requires players to have at least one card of each color, and one level 3 card (which provides the sixth “Infinity Stone” in addition to the five colors… okay, sure). The other, more interesting change is that in addition to the standard “Nobles” which are now “Locations” that score you extra points, there is an “Avengers” tile that can move from player to player. Some cards have Avengers tags on them, and once somebody gets three Avengers tags, they can get the tile, but when a player overtakes them for total number of Avengers tags, they steal the tile. Since the game ends at 16 points (rather than the former 15), a 6-point swing (stealing the 3-point tile) can be quite significant. I don’t see an easy way to add the Avengers tags to the original Splendor, but other than that, it’s essentially the same game.

So, for me, what it really comes down to aesthetics. And Splendor Marvel looks far, far better than its predecessor. Yes, all the different Marvel characters and locations are meaningless, but it was just as meaningless to look at pictures of caves and old medieval men. Given a choice, I’d rather look at the former. So, if both games were the same price and neither had expansions, the question would be easy: get Splendor Marvel.

However, that’s not the case. Splendor Marvel has a $49.99 MSRP instead of $39.99, and Splendor has an (expensive) expansion, Cities of Splendor, at $39.99 MSRP itself. I only like half of the modules in Cities of Splendor, but I really like them, so that makes this a tough question. I would say, for players that already own Splendor (especially if they also own the expansion), you’re really not missing much of anything, gameplay wise, with Marvel Splendor. But if you can’t ever get the game played, that doesn’t help, does it? For more casual players, or players new to Splendor, I honestly think the coat of superhero paint is worth it.

For me personally? I haven’t decided yet, and they’re both sitting on my shelf, staring each other down. But honestly, isn’t deciding between two versions of a great game a nice problem to have?

A modern classic gets a modern look.