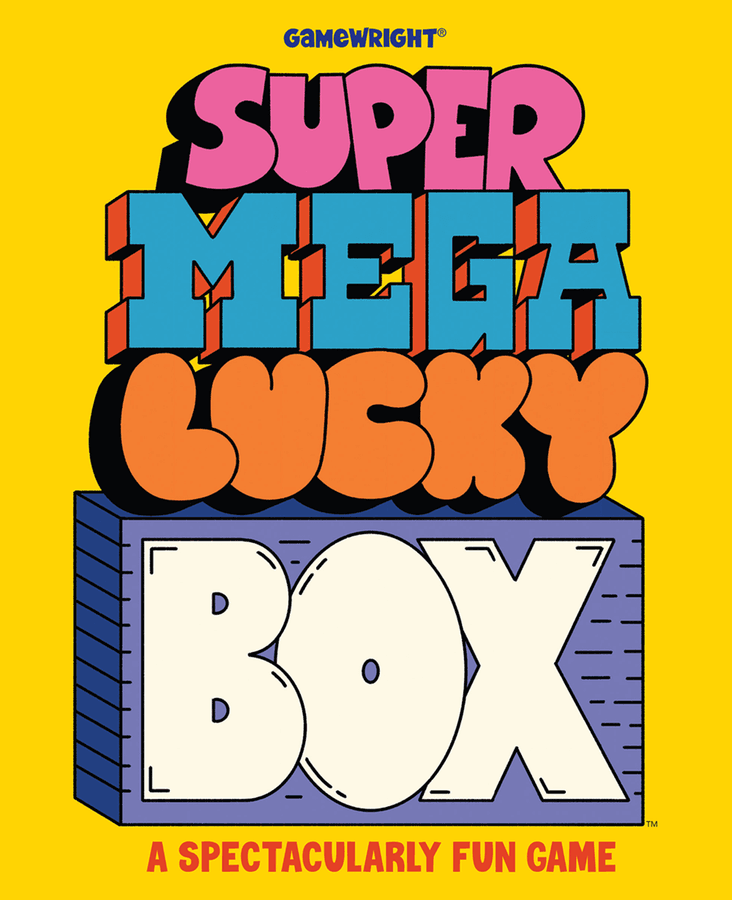 Super Mega Lucky Box is a new game from superstar designer Phil Walker-Harding (Sushi Go, Barenpark, Gizmos, Imhotep). In this game, players compete to cross off numbers on 3×3 grids in hopes of earning bonuses and scoring the most points. Walker-Harding’s track record is impeccable; how does this one measure up?

Super Mega Lucky Box is a game built on a Bingo-style mechanism. Much like Silver & Gold, another game from the same designer,it involves players writing on cards using dry-erase markers. The goal of Super Mega Lucky Box (hereafter SMLB) is to earn the most points over 4 rounds.

All players begin the game with a scorecard and 3 “Lucky Box” cards; each Lucky Box bears a 3×3 grid of numbers ranging from 1 to 9, as well as a bonus next to each row and column.

In the common area is a deck of number cards—2 copies each of the numbers 1-9. At the start of each round, this deck is shuffled and split in half, such that 9 random cards are used. Then, 1 at a time, these cards are revealed, and all players can cross off a matching number on any of their Lucky Box cards.

If a player completes a row or column, they immediately earn its bonus. Bonuses come in several varieties:

Each round, after all 9 numbers have been called, the number cards are reshuffled and another set of 9 cards is dealt. Additionally, everyone gets to draw a new Lucky Box card. When the 4th round is completed, the game ends and players total their scores to determine the winner!

Phil Walker-Harding has done it again; SMLB is an absolute blast. It’s simple to learn, quick to play, and most of all, a ton of fun. While regular Bingo is neither interesting nor strategic, this game manages to be both. Indeed, as the title suggests, there is a fair bit of luck in this game, but it is blended with meaningful decisions like which boxes to cross off, when to spend lightning tokens, and how to make bonuses combo off of each other.

Design-wise, this game has a few Walker-Harding hallmarks, so fans of his signature style will find a lot to enjoy here. SMLB is highly accessible to kids and non-gamers, but even experienced players will have no trouble getting into the excitement. What’s more, the rapid-fire pace of this game makes it easy to play back-to-back rounds, and the game even offers a solo mode!

Of the new games I have played in 2021, Super Mega Lucky Box is among my favorites. This is the kind of game that I can’t image anyone disliking. It’s simple, it’s fast, and it’s fun. Do yourself a favor and check it out.

Super Mega Lucky Box delivers an amazingly fun, highly addictive gameplay experience. It is one of my favorite releases of 2021.