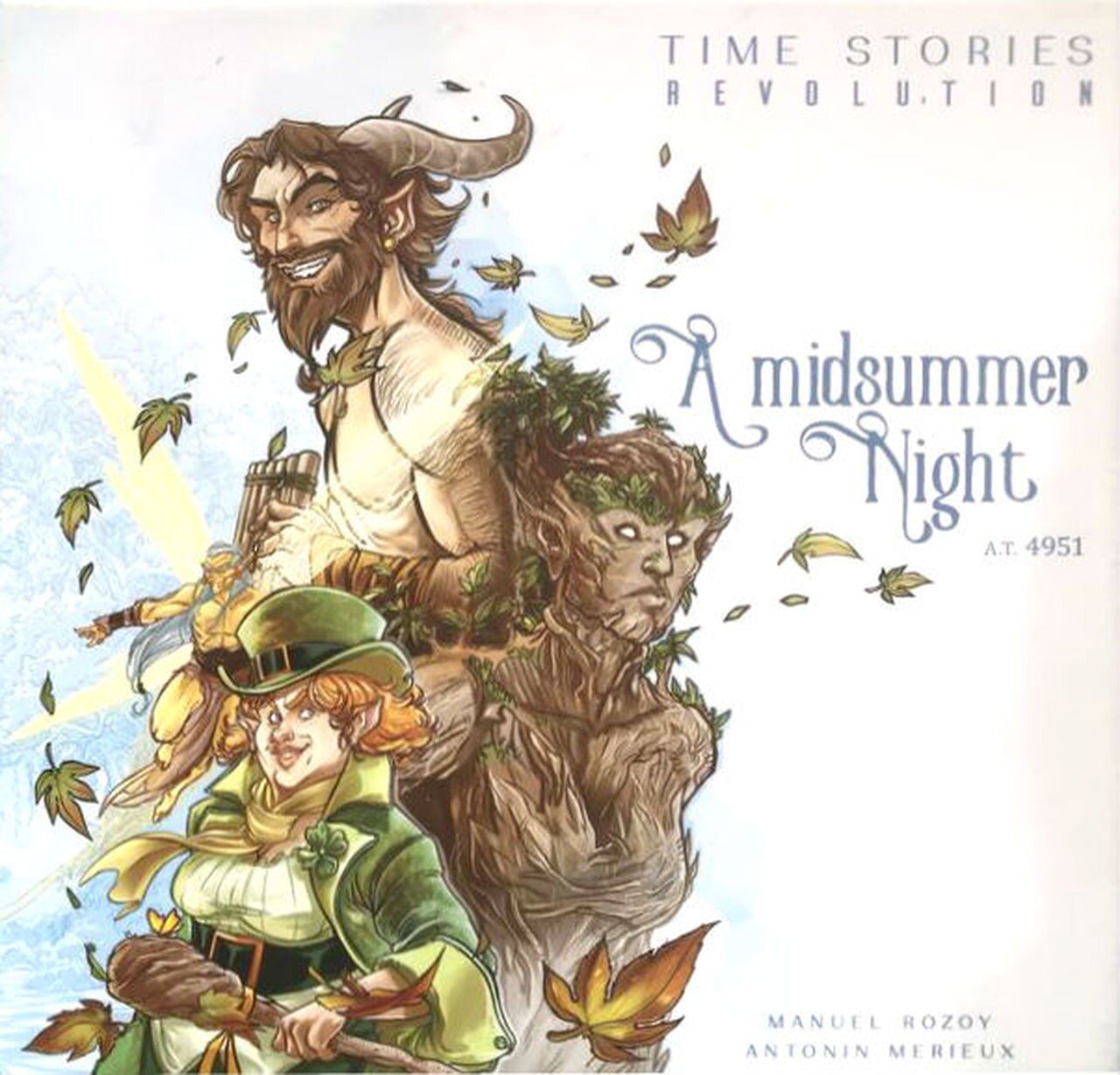 In 2015, when Pandemic Legacy: Season One was rewriting what a board game could be, T.I.M.E. Stories was also released, with a different lesson from the same new playbook. A cooperative…. experience… where players explore stories in an ongoing campaign, T.I.M.E. Stories tried to bridge the gap between the story-driven exploration of role playing and the puzzles of escape rooms. It had its criticisms, many of which have been addressed in T.I.M.E. Stories Revolution. Obviously I won’t get into spoilers here, so I’ll primarily be talking about the new system rather than this specific scenario. Let’s get started!

There are several big changes to the system, presumably in response to player feedback. In the original, it was quite common to “fail” a run and have to do the entire story from the beginning to complete it successfully; that mechanism is gone. Additionally, the modules can now be done in any order and do not require a “master” game box to get them running. Lastly, each character interacts differently with NPCs. Those are indeed welcome changes.

However, TIME Stories still feel too “loose” for my liking. This game attempts to bridge the typical board game design of tight, mathematical rulesets with the creative playground of RPGs, but I feel like you end up with the worst — maybe the “middlest” — of both worlds and not the best. The communication rules are strange, and sometimes so are the puzzles, or lack thereof. (In this particular scenario, the theme also felt a little off if you’ve never read the Shakespeare piece, which I haven’t.) In a way, it feels like TIME Stories is trying to become “Unlock! for gamers” with this cycle, but I would rather play Unlock!. The app in Unlock! provides a central “anchor” for the gameplay that tightens things up for me, while TIME Stories feels too vague.

I only played a few of the scenarios of the first cycle, so my opinions may not reflect those of serious veterans of the series. However, in the past five years, it’s not only TIME Stories that’s reinvented itself and pushed forward. Unlock!, EXIT, and many, many different legacy game systems have also pushed the envelope and provided similar experiences, making it harder to compete in this space. Generally, those other systems offer  tighter rules design, and more support (hints, solutions, guardrails) to avoid potentially sour experiences. If you are a long-time TIME Stories fan and want to see what’s next, I’d hardly try and stop you, but for those seeking to explore the new intersection of puzzles, campaigns, and cooperative play in board games, there are better options.

Thank you to Asmodee North America for providing a review copy of TIME Stories Revolution: A Midsummer Night.

The gameplay is too loose and the puzzles too lackluster compared to its modern competitors.