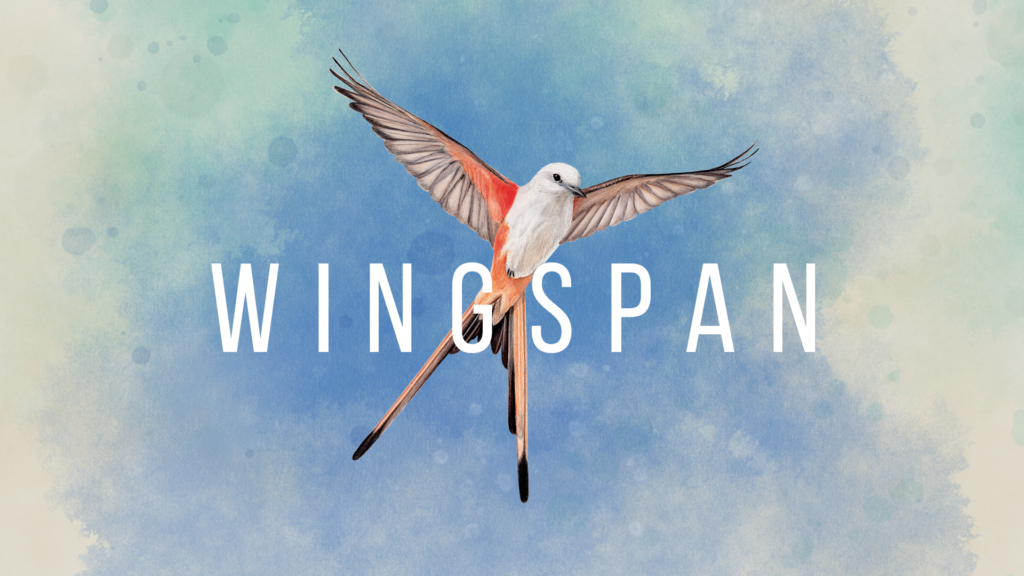 While hundreds of board games come out each year, there’s usually one or two that just hit, with rapid rise in popularity and a plethora of awards. In 2019, the game was Wingspan, which won quite a few industry awards, including the Kennerspiel des Jahres (Connoisseur’s Game of the Year), the Deutscher Spielepreis (German Game Prize), and Game of the Year at the Dice Tower Awards. Unsurprisingly, Stonemaier is partnering with Monster Couch to capitalize on that success with a digital implementation. Let’s check it out! 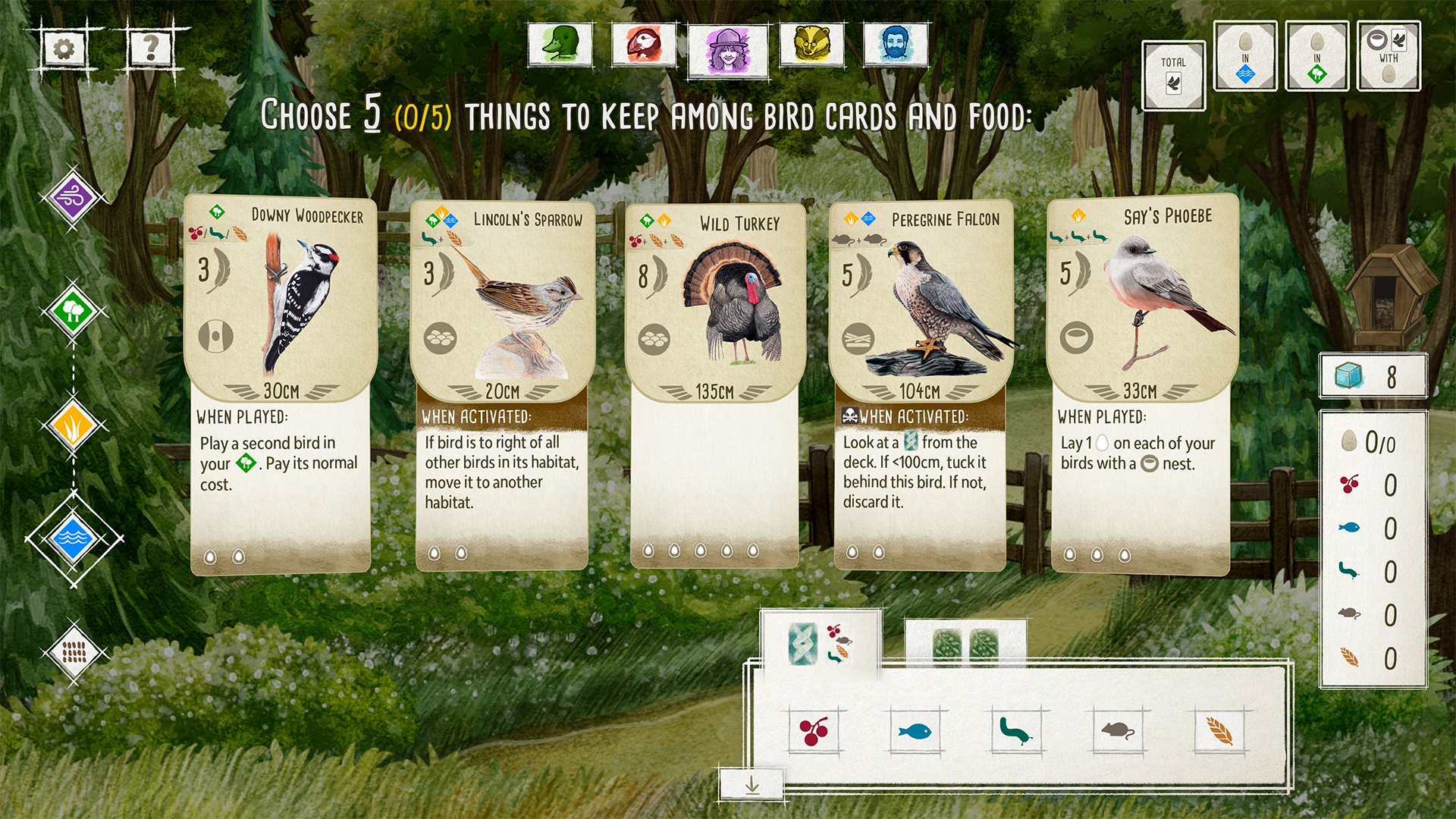 Every time I play a digital adaptation of a board game, I’m always a bit surprised by all of the visual and audio “upgrades”. In Wingspan, you can tell that a lot of work went into making the game look and sound good: no surprise, considering the board game’s success is often accredited to the gorgeous artwork and components.

The digital app shows beautifully painted habitats as backdrops while you play, and they made sure to highlight the beautiful card art as much as possible, with clear full displays of the cards. The audio is relaxing, soft music with a campfire feel, mixed with the sounds of birds tweeting (duh) and when you play a bird, a soft voice tells you trivia about the bird. It’s all very “on-brand” for the game, often touted as a “relaxing” game compared to most engine-builders.

Given that “relaxed” motif, I assume most players will be looking for a game against the AI or specific friends, rather than a competitive online scene. That’s a good thing, because the app is unfortunately not well prepared for ranked play. Matchmaking only ever sets up 3-person games, which is 1 more person than I’m comfortable worrying about (my queued games rarely finished before a player quit). Five minutes per turn for “realtime” games is also far too long; my turns took about 40 seconds each. As far as I can tell, there’s no ranking / ELO / leveling type system for matchmaking games. There is a basic karma system, however.

So, if you’re not playing competitively against humans, how about the AI? At first, I was unimpressed with the AI difficulty, beating the normal AI (there’s no hard AI) three in a row, but I did finally lose 85-83. I also find it hilarious that the game never shows you what the AI even does unless you go and click on their tableau, it simply reports “I’ve drawn birds” or I’ve laid eggs” while you continue to play in your own little corner. I always felt that Wingspan was too much multiplayer solitaire, and this somewhat reinforces that feeling.

I also really struggled at first with the visual layout. For players who are used to seeing the entirety of Wingspan on the table, it is a bit jarring to see the game so “chopped up”. Everything is available to be seen, but in pieces. You can’t even see your entire tableau at once unless you click an extra button for a “bird’s eye view” (see what I did there). Everything is very tied to the individual rows: the bird cards available don’t appear unless you are on the water habitat, and the birdfeeder (dice tray) doesn’t appear unless you are in the grasslands habitat. However, once I learned the interface, everything ran smoothly, and I was quite thankful that the game has an intuitive undo button and logical warnings for skipping bonuses or attempting illegal moves.

The last thing to discuss is price. $19.99 may be typical for Steam or Switch products, but for digital board game implementations, it’s insanely high. Star Realms unlocks on iOS, Android, and Steam all at once for $5, and has a campaign, online leaderboards and weekly arena challenges, and much more. While Wingspan is much prettier, at this price I would at minimum want some kind of single player campaign (since I don’t see this as a game where most players would clamor for competitive play).

For all my complaints, what impressed me the most about Wingspan digital was that it did what I thought impossible: it made me like Wingspan more. I found the original game to be a beautiful production and okay game, but vastly overrated. I’m now noticing many more subtle interactions with my opponents, new and interesting strategies, and I’m becoming truly enamored with the game for the first time. I’m not sure I can give higher praise than that.

The interface takes some adjusting and it's too expensive, but Wingspan digital is a solid implementation of one the hottest board games of the last few years.