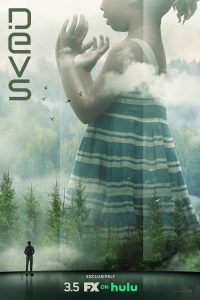 Following his immensely critically successful (if box office lukewarm) film Annihilation, writer/director Alex Garland has returned with his newest delve into cinema! His newest series for Hulu is an eight episode mini-series that returns to some of the themes and aesthetics he explored in his 2015 film Ex Machina.

Spiritual Content: Characters pontificate that their scientific breakthroughs preclude the possibility of a God; most characters we meet are atheists. Numerous references are made to Christ and characters with messiah-complexes.

Other Negative Themes: Themes of meaninglessness, inevitability, egotism, and power.

Positive Themes: Themes of choice, the value of human life, and defying the inevitable. 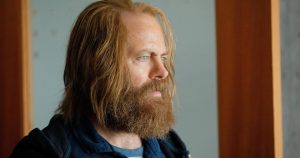 I wouldn’t have been excited for Devs if I didn’t know who the show’s producer was. Alex Garland has rapidly become one of my favorite original sci-fi writers in the past half decade. Initially, he was just the screenwriter for awesome films like 28 Days Later, Sunshine, and Dredd. In the past half decade, he’s broken out into the Hollywood mainstream as a high-minded director of mind bending science fiction films like Ex Machina and Annihilation. I was quite curious to see what he could do with an entire season of television.

The first episode of the season is a bit slow to start. It takes a while for the mystique and drama to kick in, but the moment it does, the story glues your eyes to the screen. We meet our two characters, a Russian immigrant named Sergei and his girlfriend Lily, who are living together in San Franscico and are shipped off via van to a software developer based in the middle of the California woods north of the Golden Gate Bridge called Amaya. When Sergei managed to create a piece of software impressive enough to catch the eye of the CEO of Amaya (Nick Offerman), he’s gifted a chance to participate in a mysterious program called Devs which he quickly discovers is close to developing an algorithm that could completely change the world. When Sergei doesn’t return home that night, his girlfriend Lily begins investigating where he could’ve disappeared to and why. 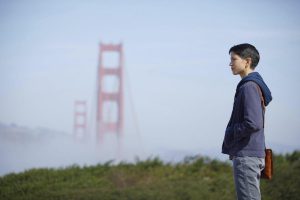 Devs sells itself on a mystery initially, but reveals the nature of the horrific secret quite early in the series. By episode two, you basically understand what Amaya is attempting to do. What isn’t clear is the full implications of what it means and how it will affect Lily. In some ways, Devs is retreading ground explored already in Garland’s previous film Ex Machina. Both films concern themselves with the secretive lives of tech geniuses living hidden on their own in the woods. The similarities run somewhat deep. Both stories follow characters who don’t give much consideration to the implications of their actions.

The differences come down to the what these films are ultimately saying through their stories. Ex Machina is about an egotistical man who creates sentient AI women, uses them for his own means, and destroys them. It’s a story about the depths we’ll descend to when we don’t recognize something as a living being. Devs is using its Silicon Valley imagery to pry at a different question: What does it mean to be a human who possesses all the power in the world? 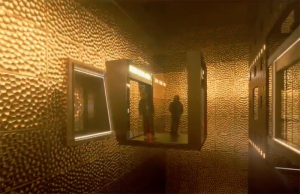 Mild Spoilers For Devs From This Point Forward

The most prominent theme of Devs is the issue of biological determinism. If you can put all of the information in the world into a machine that can predict your every action, how do you move in the world? What is a man who can predict everything and tell you exactly what is going to happen in the future?

Amaya’s CEO Forrest comes to the conclusion that it makes him something of a God. He has so much power, he’s able to look into the past to see and hear Jesus preaching or dying on the cross. He’s also able to look into the future and see his own inevitable death. It hollows out the soul of the user and turns them into completely resigned and emotionless individuals with no hope. All the characters who understand the full implications of Dev’s research are clearly disturbed by it. The implications of a device that can read the future and perfectly depict the past are enormous. All of these characters have resigned themselves not only to the scientific likelihood of a Godless universe, but to the pointlessness of living lives thinking our choices matter. 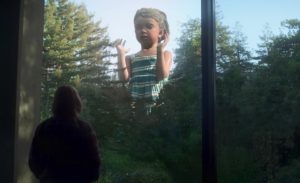 This all begs a more serious question: What does it mean to be a human being who possesses this much power? This is where the Silicon Valley angle steps in. Throughout the series, characters negatively malign Forest and the other technicians for creating a program with too much power. The ability to affirmatively describe the future is too powerful a responsibility to bear. These are very similar themes to those explored in Steven Spielberg’s Minority Report. Such an ability might be useful, but it makes its user a potential tyrant and egotist.

This reflects the real-life terrifying power that our world’s software developers have. Companies like Google, Apple, and Facebook have access to so much collective human knowledge that they have the ability within their grasp to predict people’s actions. They disabuse that power and often sell it to third parties for profit. At its worst, companies like Verizon allow the American government to siphon data for them to view at their own discretion to survey the citizenry. Technology is terrifying, and we don’t know the full depths to which many of our real world Silicon Valley companies have been able to extend their research. As we see in Devs, the power and knowledge it creates is too great for any one person, let alone a corporation or a government. That power makes you into a God. 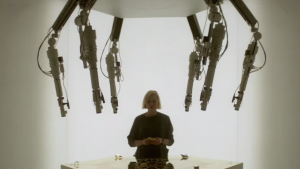 This doesn’t ultimately end up being a story about Devs being unleashed on the world. It’s a story about the man who created it and the people who question it as it’s developed. It’s a smaller story with smaller stakes. It’s about the implications these questions have on Lily, Forrest, and the other technicians.

The story builds up to a final confrontation that ultimately serves to question the nature of inevitability and choice in the face of such a cold and calculating outcome. Are things inevitable because the data says they are, or can we break free from such cycles of cause and effect? Are these cycles inevitable because we obey them, or because we’re trapped on a trolley car line inevitably moving in a single direction? Even if we can assert our individuality, can those choices affect the outcome? What better world is even possible on the other end of such decisions?

These are all difficult questions, and Devs handles them beautifully. As a Christian, these questions take on additional meaning. Free will is an open question in Christian circles depending on your opinions of Calvinism versus Arminianism. Are we free actors moving in the world choosing salvation, or are we predestined and chosen to be part of God’s elect who will be saved? I’m not a biological determinist myself. These questions run deep regardless of what you believe or understand about the nature of reality.

Devs is a complex, quiet, and understated science fiction mini-series with a lot on its mind. It asks its viewers to consider the implications of the actions of its characters and what they mean for the world and us as individuals.