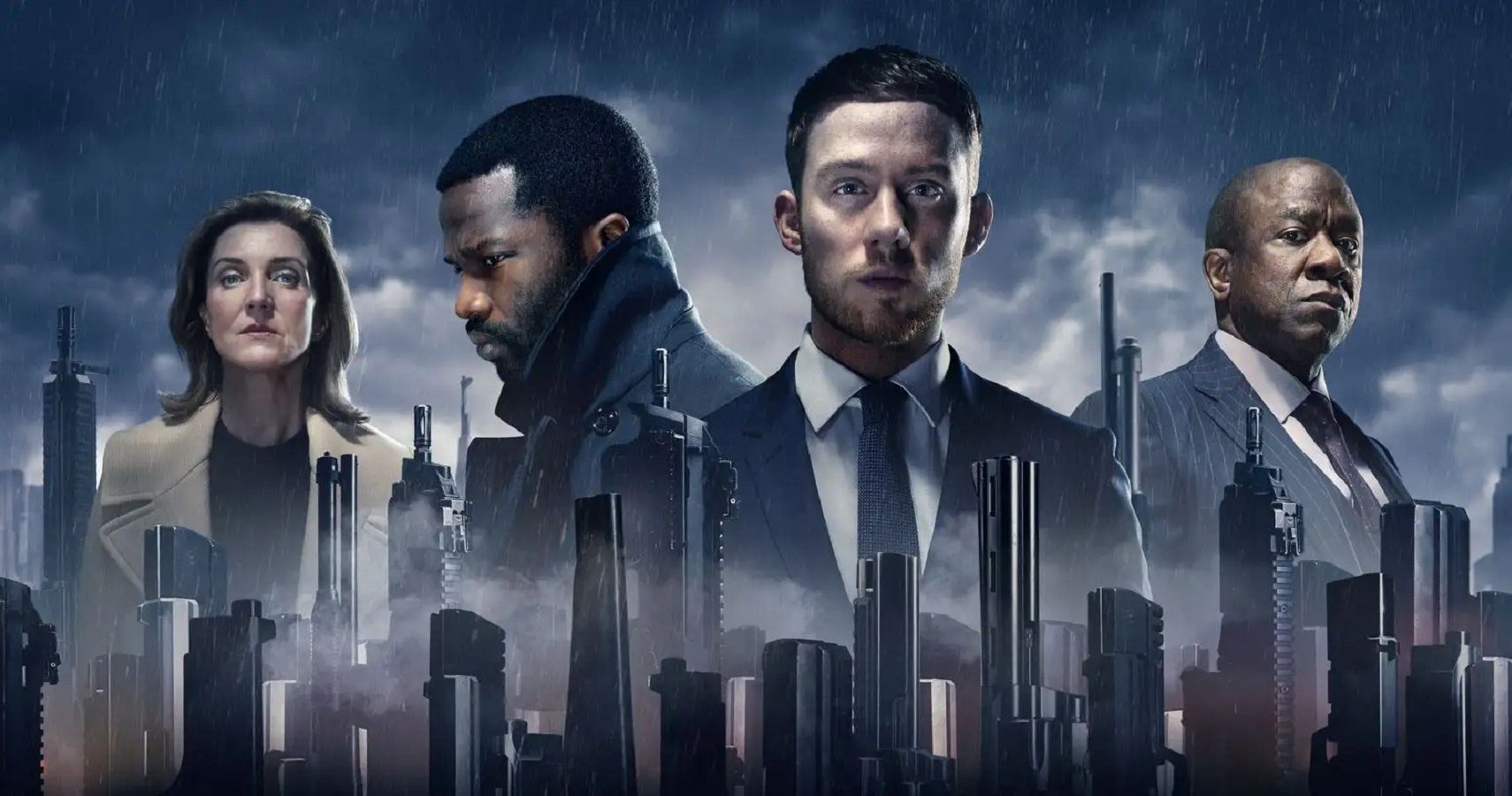 Gareth Evans, the creator of The Raid movies, is back! In his new show for Sky Atlantic/AMC+, we’re treated to a classical gangster crime epic that is also bolstered by the director’s incredible eye for action scenes. The result is one of the most exciting television shows in years.

Violence/Scary Images: Extreme and excessive violence and gore throughout; characters are shot, crushed, broken, maimed, set on fire, cut, melted, stabbed, blown apart, and otherwise gored with blood and guts shown in graphic detail…NOT for the faint of heart
Language/Crude Humor: Severe languague including F***, S***, B*****d, A******, P****, D***, B****, and C***
Drug/Alcohol References: Heroin usage and selling are major themes throughout the show
Sexual Content: Scenes of infrequent but graphic nudity, characters have somewhat graphic sex, a scene takes place in an orgy where multiple men and women are having sex in the background
Spiritual Content: Some references to Islam
Other Negative Content: Depiction of violence, sociopathic retribution, power grabs, assassinations, and gangs
Positive Content: Themes of justice and retribution

I’ve been a huge fan of Gareth Evan’s since I first watched The Raid: Redemption in college. I knew then I was witnessing a film from a deeply talented young filmmaker with attitude and bravado. His strengths were further expanded upon in his sequel The Raid 2, which recast the story of the first film as the first part of an epic crime drama.
Between these two films and his 2018 Netflix exclusive horror film Apostle, we saw the birth of a great action director. He had arrived fully formed and ready to deliver ambitious, energetic, dramatic, and engaging stories.

It was for that reason I’ve been anxiously awaiting his newest project Gangs of London. The new television show premiered last year in the United Kingdom but took several months before it received its North American release on AMC+.

If you’ve seen Evan’s previous projects, you know what to expect here. It’s a basic narrative written in the classic tradition of the mob epic but retold through Evan’s very specific lens and fetishes. Spread out into a nine-episode television series, he’s given a lot of room to stretch his wings. The story is set against pre-pandemic London. It’s not the London of high society, but of the criminal underworld. Set against the rise of 21st-century multiculturalism, the story explores the lives of the people who live on the dark side of British life. It’s a world of two faces – the proper face one puts on to keep up appearances, and the one behind closed doors that allows you to profit and survive. As we see, London is a town split between allegiances to multiple powerful crime families. Each family is controlled by different ethnic families: Pakistanis, Albanians, Kurds, Welsh travelers, etc.

At the heart of the city’s crime is the Wallace family. This powerful crime family stands above the rest and controls billions of dollars worth of the drug trade that flows in and out of the city. That all changes one night when two Welish homeless boys living in a “Gypsie” camp are hired to kill an anonymous man. As it turns out, it’s the head of the Wallace Organization, Finn Wallace. The two boys are shocked to realize they’ve killed the most powerful criminal in London and quickly flee on the lamb for their lives. 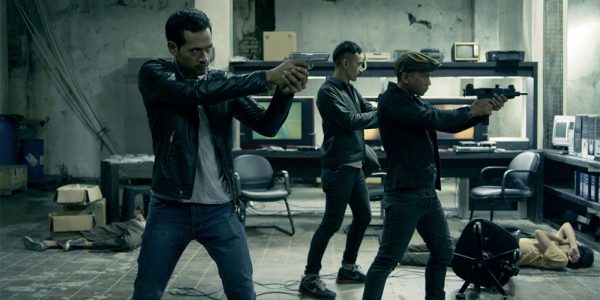 Suddenly, the criminal underworld is set on fire. Every other criminal organization is threatened with violence if discovered they were the ones who put out the hit on Wallace. The drug business is ground to a haunt. As this is happening, a newer member of the Wallace organization starts rapidly working his way up the ladder. His name is Elliot Finch. In just a few days, he singlehandedly makes more progress in tracking down the killers than anyone else and starts to earn the respect of the entire organization. That’s not an accident. As it turns out, he’s a deep cover police officer who has been trying to build a case against the Wallace family organization to take them down. His ability to delve into the situation gives him a special ability to ingratiate himself to the Wallace organization’s inheritor.

What follows from this point of the story onward is a fairly standard, if well-executed, crime drama. These are all stories and archetypes we’ve seen before. Many of these ideas were explored in Evan’s prior film The Raid 2, which was also about a cop trying to infiltrate organized crime and stumbling upon a wider conspiracy which he ultimately ends up having to be the one to take down. 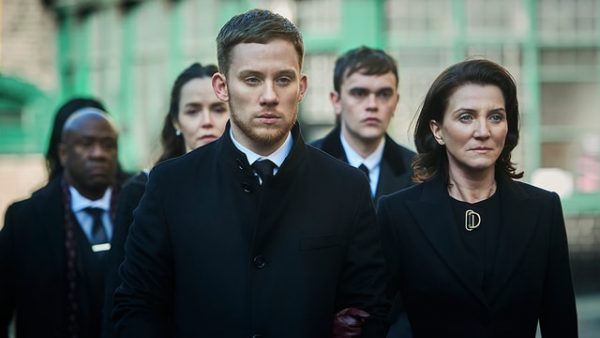 Gangs of London, for being such a familiar crime story, is quite dense. There are numerous storylines all surrounding the multitude of factions that orbit the Wallace family. Each of them has their own story, motivations, and reason to have grievances against Sean Wallace and the actions of his father. Every group in town wants a part of the heroin trade for one reason or another. Some of them are political idealists, some are purely capitalistic, and others have a chip on their shoulders. In any case, each perspective is depicted and given surprising empathy.

Of course, this is a Gareth Evans project, and that means one thing: blood-curdling action.

Much like The Raid 2, the story is trying to balance the needs of a pure crime drama with the similar needs of being an epic action masterclass. In that regard, it’s a masterpiece. At times, the action and gore feel overpowering to the story itself, but it also serves as a purposeful loss leader. People come to Evans movies for action scenes, and he delivers.

You never have to wait too long in the show for an absolutely gruesome and awesome action scene to happen. The first episode delivers an amazing pub-fight right out of the gate and then follows it up in the next episode with an amazing brawl between the main character and an intensely huge brawny man that looks like he’s entirely made of muscle head-to-toe. The action here isn’t necessarily as formal as the martial arts action of his previous work, of course. If anything, this show is defined by extended shootouts and punchouts. They’re all amazing.

Episode 5 in particular makes the action highlight of the entire series. It depicts a small group of people trapped in a house that’s being slowly encircled by a squad of trained assassins who have been hired to massacre everyone in the house. The scene is long, brutal, bloody, and lasts almost the entire duration of the episode. It’s easily the highlight action setpiece of the entire series, and for other directors, it might be a career highlight. 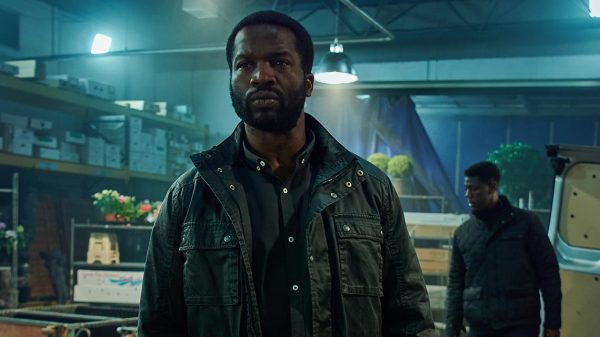 All that said, it’s also somewhat indulgent. The story embraces the ultra-violent action of The Raid films and gives its death scenes an edge of gore and pain. When characters die, their bones crack and their wounds gush blood. They die in agony, burning or being blown apart. This is not casual violence I would recommend to the squeamish. This is action for fans of hardcore action violence and advanced-level action filmmaking.

Honestly, it’s not just violence for the sake of violence. It’s violence with a purpose. The message is clear; the cost of getting caught on the wrong side of powerful men in this world is a brutal end. Crime doesn’t pay, and when it demands its due, sometimes it makes you suffer horribly.

Gangs of London is only the first season of a multi-season project Gareth Evans and Matt Flannery are collaborating on. The story wraps up quite neatly by the season finale, so I wouldn’t expect the majority of the cast members to return for a new series, but enough of them do survive that I’m sure they could make an equally awesome series just following the surviving characters getting thrown into new situations and stories. Evans is also very busy at the moment in the production of a new film called Havoc, of which few details are currently available. While it’s not clear how production on both projects will go going forward, I can already state I’m excited to see where Evans takes the success of this show and channels it into.