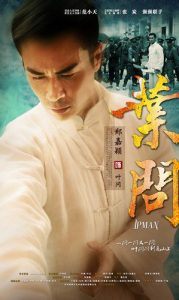 The original Ip Man movie that inspired this show is beautifully done with amazing sets, wonderfully shot fight scenes, and an engaging story line. Because this show is meant to give the origin story behind Ip Man, I was excited for the chance to watch the first few episodes.

Originally produced in China, Ip Man was produced in response to the popularity of the Ip Man films of which there are currently three, with a fourth planned for released in 2018. One 10 episode season of Ip Man was released in 2013, but there don’t seem to be any current plans for more seasons. 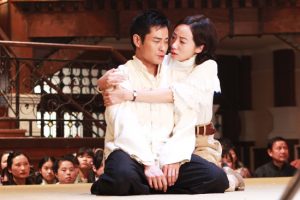 Spiritual content: No overt spiritual content, but the first episode features people fighting to keep their long braids against others who want to cut them off. It is not made clear if the significance of these braids is religious, cultural, or both.

Violence: This show is rife with violence. The first scene is a series of people being beat up and vomiting blood. Also, a family is sent what they think is the bloody finger of their small child. Because the story follows Ip man, who is a student of Kung Fu, there are many fight scenes throughout.

Sexual content: None, just the sidelong glances of a guy with a crush on a woman.

Other negative themes: While Ip Man is a child he is caught in the midst of a social revolution and is kidnapped for money. Young Cheng seems caught in a  not-entirely consensual relationship with a military leader.

Positive Content: Viewers are encouraged to ask questions rather than blindly follow what you are told is right. High value is placed on  both independence and familial loyalty.

When watching Ip Man in it important to keep in mind the genre of the show: Chinese historical romance. The cultural context of the show needs to be understood by viewers who might not have any experience watching Chinese drama series, because they are very different stylistically. Cheesiness is standard and the love story is usually the driving plot. Both of these elements hold true for Ip Man. 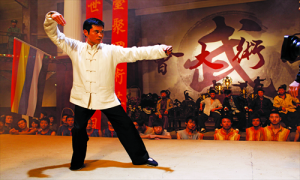 In typical Ip Man-fashion, the show opens with a large fight scene in what appears to be a martial arts tournament. After the competitor in the center ring defeats a few people, a younger man jumps into the ring despite the protestations of his female companion. This character is Ip Man, but contrary to expectations he loses quickly and is knocked out. This is a different view of the Ip Man who never loses, and a jarring jump to his more rambunctious young adult self. Here begins the flashback to his childhood.

The majority of the first episode focuses on one event that shaped Ip Man in his childhood when he meets Chinese revolutionaries and is taken hostage. Unfortunately, this flashback was also beset by frequent platitudes, a drop in acting quality for his younger self, and a wavering suspension of disbelief for the circumstances involved. At one point, Ip Man runs away for the sole purpose of asking the revolutionaries why they are trying to cut off people’s braids, even after his family warned him how dangerous this was. Really, you’re going to put your whole family at risk to ask a stupid question? Couple this with the revolutionary leader’s declaration that Ip Man has “the right idea because he questions and knows things are not what they appear at first” and your imagination is tested for treating this as a believable world with logical consequences.

The show had a wide variety of characters to introduce, but in an extremely short window of time, leading to heavily disjointed scenes with only Ip Man’s presence holding them loosely together. This was seen in the odd monologue of his cousin in a field about revolutions, to the random fight scene between his rickshaw driver and all the other rickshaw drivers…. which while beautifully done and definitely the best martial arts sequence in the first two episodes, was also unnecessary and didn’t serve to forward the plot.

Similarly, the love story between Ip Man and Young Cheng leaves more to be desired. The two meet just briefly in episode 2 and yet by the end Ip Man has completely fallen for her. However, this brief introduction to the couple still has all the hallmarks of a great Chinese drama:

(1) A chance meeting– Ip Man tries to rescue her from peril… only to discover that she is an actress in a street play. 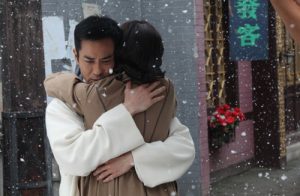 (2) The man loves the woman instantly and must win her affection– immediately Ip Man begins following her around.

(3) A love triangle– Young Cheng is already in a relationship, and so Ip Man will need to steal her away.

Again, the storyline that the show seems to be heading down – while cliche from a Western viewpoint – is nothing to be bothered about because it’s expected and meant to be enjoyed as a staple of the genre. However, the introduction to the two main characters felt awkward, stiff, and lacking incentive to continue watching their story unfold. In fact, I walked away from these first two episodes with more interest in the friendship between Ip Man and his rickshaw driver.

While the story fell flat, this was still a visually beautiful experience thanks to the amazing sets, great costumes, and spectacular cinematography. It was genuinely a pleasure to just watch the filming, without even focusing on the dialogue or the plot. The music was dramatic – another feature of this genre – but never detracted from the show in any way.

Despite the genre’s typical quirks and the story not being what I anticipated, I would still continue giving the series a shot– because I already love the Ip Man movies and see further potential. I hope to see the political aspects of original film about the Japanese occupation explored, though it hasn’t been hinted at yet. I am also hopeful that as the love story develops, the characters will become more engaging and it will become a redeeming quality of the show.

Overall, not the best Chinese historical romance that I've seen, but also not the worst. As a prequel to the 'Ip Man' films it doesn't deliver to its full potential, but the martial arts fighting scenes alone make it worth watching along with the prospect of a good love story.