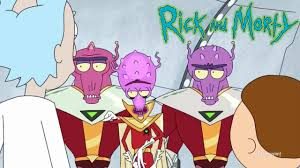 Rick and Morty is an American animated series created by Justin Roiland and Dan Harmon for Cartoon Network’s adult swim late night time slot. Inspired by an animated short created by Roiland entitled “The Real Adventures of Doc and Marty” (which in itself is based on the modern classic Back to the Future), Rick and Morty premiered on December 2, 2013 to rave reviews. The series went on to complete three critically acclaimed seasons for Cartoon Network. Rick and Morty has been nominated and won multiple awards including The Prime Time Emmy Awards, BTVA voice acting awards, The Saturn Awards, The Golden Globes, and many others. Rick and Morty’s third season (which concluded in October 2017) was awarded the title of Television’s #1 comedy series for adults 18 to 34. Naturally, with such a cult following and universal critical reception, in May 2018 Cartoon Network ordered an additional 70 episodes of this historic series. On May 15, 2019, Cartoon Network announced season four of Rick and Morty will begin airing on Adult Swim in November 2019 to many fans’ delight.

As anticipation grows for new material, Rick and Morty lends itself well to multiple rewatches. Every episode is packed with fast-paced humor, thought-provoking concepts, and punchy one-liners that can easily be missed. Upon rewatching the episodes, I have discovered hidden references, concepts, and quiet jokes that went seemingly unnoticed during my first watch. I invite you to join me in rediscovering and/or introducing you to the series as I dive into and analyze every episode while we try to patiently wait for the new season.

Spiritual Content: Faith, hope, destiny, and fate are all questioned with the themes of Nihilism are explored in the episode.

Violence: A large explosion of a spacecraft is featured which one can conclude leads to thousands of deaths. Rick threatens Morty with a knife and threatens to murder him while he is sleeping.

Language/Crude Humor: Frequent discussions of male genitalia are held along with other bodily humor involving the anus.

Sexual Content: Jerry and Beth engage in lovemaking. Sounds of lovemaking can be herd. Rick and Morty undress and stand nude in a school’s locker room.

Drug/Alcohol Use: Rick drinks alcohol from a flask. Rick also barges into Morty’s room in a drunken rage.

Other Negative Themes: The necessity to remove all clothing to avoid detection from the alien race has a hint of inappropriate child molestation themes. Though no sexual contact happens between Rick and his grandson, one could find it unsettling watching them undress in front of each other.

Morty Smith greets his Grandfather Rick Sanchez who is in the garage operating on a rat. Morty expresses how beautiful the day is before heading to school. Rick looks at Morty suspiciously. At school, Morty is called up to the front of the classroom and asked questions about the formula to concentrated dark matter.  Sensing something strange in the behavior of the teacher and students, Morty reluctantly attempts to answer Mr. Goldsfold’s questions.

Suddenly, Rick appears and removes Morty from the classroom. Rick takes Morty to the school’s locker room and explains they are being monitored and are in a holographic simulation created by a race of aliens called Zigerion Scammers, who are the con artists of the universe. He continues to explain they have been abducted and are on the spaceship of these galactic con artists for the sole purpose of obtaining the formula to concentrated dark matter, which is a fuel Rick Sanchez invented for space travel. 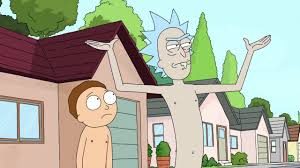 Meanwhile, in the control room of the alien ship, the Zigerions congratulate themselves for the successful abduction of Rick. Suddenly, one of the aliens realizes there is another human on board in the simulation. They discover Morty’s father, Jerry Smith, was accidentally abducted. The Zigerions focus on their mission and direct all their attention to Rick and decide to leave Jerry alone to his own devices within the hologram. 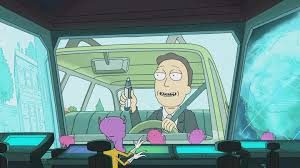 In the simulation, Jerry is on his way to what he thinks is a meeting at an Ad agency where he is scheduled to deliver a marketing presentation. While on his way to, and in, the meeting, he is oblivious to many of the inconsistencies around him and the strange behavior of his coworkers. Jerry, believing his presentation was successful, runs home to celebrate his accomplishment by sleeping with who he thinks is his wife. 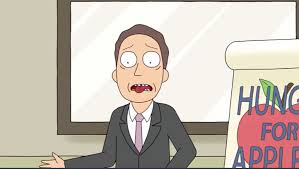 Rick and Morty devise a plan to escape the simulation by overloading its processors by putting on an elaborate concert. As the holographic simulation glitches and freezes, Rick and Morty reach the boundaries of the simulation and escape into the corridors of the alien ship. They board a space pod and jettison themselves back to earth.

After landing in their front yard, Rick enters the garage and attempts to open his safe with a private passcode. After several attempts of inputting the passcode with no success, the environment devolves and the Zigerions arrive to reveal Rick and Morty were still, in fact, within a simulation on the alien ship. Rick and Morty begin to run from the Zigerions through the alien vessel. 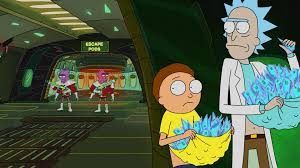 Jerry, on a high from his successful Ad campaign, is presented with an award at a ceremony for his achievements. During his acceptance speech, the holographic simulation disappears leaving Jerry in the middle of a large empty simulation chamber within the alien ship. Jerry is now saddened as he realizes all of his recent accomplishments never really occurred. Rick and Morty enter the chamber to find Jerry crying in the center of the room. 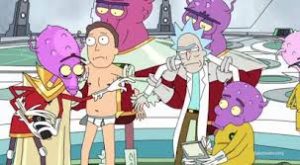 Rick, Morty, and Jerry continue to look for a way to escape as they run through the corridors of the alien ship. They board a ship in the spacecraft hanger and blast into space. While Rick, Morty, and Jerry attempt to outrun the Zigerion vessel, they realize they are too fast and will catch up to them. Rick instructs Morty to make concentrated dark matter which will allow the ship they are in to fly faster. Just as Rick finishes reciting the fuel formula to Morty, the environment dissolves revealing Rick and Jerry where still in a simulation within the alien ship. Rick is disgusted to learn Morty was also a simulation the entire time. 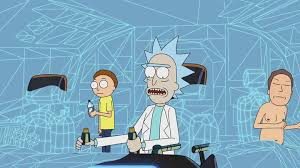 Now that the Zigerions have the formula for the fuel they needed, they send Rick and Jerry home in an escape pod. As Rick and Jerry head back to Earth, the Zigerions begin to create concentrated dark matter using the formula Rick recited to Morty in the simulation. Just as they add the last ingredient, the Zigerion ship explodes in a fiery ball of flames. Jerry asks what the sound was. Rick reveals he intentionally recited the wrong formula for the fuel causing the aliens to destroy themselves. 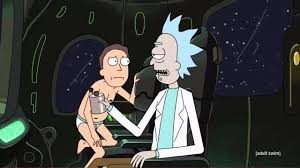 Episode 4 of Rick and Morty explores a multitude of philosophical theories such as the Simulation Hypothesis and Nihilism and combines them with the stereotypical trope of a Hollywood twist ending as seen in films directed by M. Night Shyamalan. Simulation Hypothesis is a theory in which it is believed all reality, including every living organism, human, Earth, the Solar System, and the entire universe is an advanced simulation operated by some form of higher being or intelligence. If this theory is to be believed, then a Nihilistic approach to life and existence would be appropriate. Nihilism is the belief in which life is pointless, where every choice, decision, action, and outcome is meaningless and devoid of purpose.

This episode of the series sets the groundwork for Rick and Jerry’s developing characters. During the simulation, Rick bonds with Morty during their escape. This bonding and show of affection is rare in the series. So when it is revealed Morty was a simulation, it is fitting to find Rick question the authenticity of Morty at the end of the episode. Rick falls into a drunken rage and threatens the life of his nephew at knifepoint assuming he may still be a simulation. Throughout the episode, Rick’s focus is to reject and escape the confines of the simulation while avoiding being controlled by the race of aliens.

While Rick rejects the simulation, Jerry embraces it. Jerry finds success and satisfaction in the poorly rendered reality. He is so content with his existence in the simulation, he actively dismisses some of the obvious flaws of the reality that surround him. When it is revealed his accomplishments are a lie, he mourns the loss of the simulated reality. This echoes throughout the entire series as Jerry continues to fail in all facets of his life from the destruction of his marriage to his loss of employment.

Rick and Morty creates a satire of the twist ending horror genre in this episode. With its repeated revelations of simulations within simulations, the series fires at such films as the Six Sense, The Happening, Signs, and The Village. The multiple reveals of the many simulations could be taken as a statement on the fatigue we feel regarding such twists. If a twist is expected, is the presence of a twist a twist at all? Is it a twist if the audience sees it coming?

Rick and Morty continues to excel at parody comedy like no other show on television today. The series once again perfectly matches a core of character development surrounded by over-the-top circumstances and episode 4 delivers on every level. Although M. Night Shaym-Aliens may not be one of the best episodes in the series, it still delivers solid satirical punches and earns a solid thumb up. By diving deep into philosophical ideas and exploring pop culture with satirical wit, this episode continues to thrust Rick and Morty into the spotlight.

If you are a fan of slapstick spoof humor and existential motifs then M. Night Shaym-Aliens! will be right up your alley. Rick and Morty continues to deliver witty satire by exploring profound intellectual themes with over the top comedy.