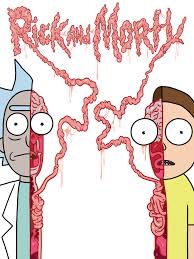 Fans of Rick and Morty have impatiently waited for the new season ever since the announcement of its renewal. It has been two years since new Rick and Morty episodes have graced our television sets and the anticipated premier did not disappoint. Episode 1 of Season 4, Edge of Tomorty: Rick Die Rickpeat, premiered with an impressive 99% critic score and a 96% audience score on Rotten Tomatoes. Metacritic scored the episode with an 86 and IGN identified it as its Editor’s Choice and awarded the season premier with a 9.1. With such critical praise for the first installment of the season, fans are excited for what’s to come.

Spiritual Content: Predestination is heavily featured, which is a major theological school of thought where one’s life and ending destination is preplanned. Morty blindly follows the ultimate fate he desires.

Drug/Alcohol Use: Rick and Morty from an alternate dimension are seen drinking martinis.

Other Negative Themes: Egoism is featured heavily. By following his own self interests, Morty is lead to a path of destruction.

Positive Content: The episode ends with the characters learning that pairing their own self interests with empathy for others leads to a balanced existence.

The Smiths are enjoying family breakfast as Morty swoons over Jessica’s (his crush) social media activities. While the family continues discussions over their meal, Rick responds via an auto response chip he placed in his brain to avoid family time. Once the chip is deactivated, Rick is forced to ask Morty’s permission to take him on a mission. Rick and Morty travel to a distant planet to obtain “Death Crystals.” Once in contact with a Death Crystal, they can show you how you die. Morty holds a crystal in his hands and sees multiple visions of potential death possibilities. Rick explains the future is determined by your present, which has infinite possibilities. 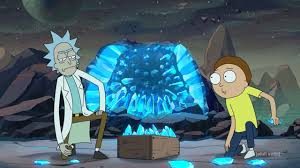 While mining Death Crystals, Rick observes one possible death scenario and avoids being shot by Crystal Poachers. Rick tapes a crystal shard to his forehead to see all possible and potential scenarios of his death by the poachers. By observing the possibilities in the vision, he is able to avoid being shot and kills the poachers instead. Morty secretly holds onto a crystal shard in his pocket. Visions of violent deaths flash before his eyes until he sees a vision of him dying as an old man in bed while being comforted by an elderly Jessica. 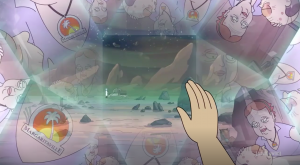 Morty blindly walks in the direction which shows him the vision of Jessica. Morty winds up behind the wheel of Rick’s flying car and flys sporadically. Rick attempts to take control of the vehicle. Morty fights back, flying toward his desired vision. Morty crashes and sends Rick flying through the windshield, where he is then impaled on a rock on the planet’s surface. He dies.  A projected hologram of Rick appears and instructs Morty to take a DNA sample of Rick’s corpse in order to make a clone of Rick. Allowing the crystal’s vision to guide him, Morty decides not to make a clone of Rick as instructed by the hologram, but instead jumps into the ship and leaves. 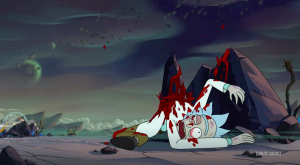 Rick’s consciousness wakes up in a clone back-up body of his in an alternate dimension. After discovering the dimension he is in has been taken over by socialist fascists, Rick is killed by Nazi Morty. Rick continues to transfer his consciousness into clone bodies of different designs. Meanwhile, Morty continues to allow the crystal to guide his decisions. These decisions lead to Morty obtaining weapons from Rick’s garage. Morty uses these weapons to attack the police and use their DNA to make a DNA blob turning himself into a giant monster. 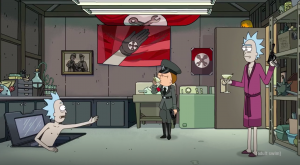 Rick finally finds him self in a friendly dimension where the population are wasps. The Rick from the wasp dimension helps Rick to return to Morty who is terrorizing the city. They remove Morty from the center of the monster and separate him from the death crystal. Rick’s hologram comes into contact with the DNA blob and becomes a physical being and attacks both Ricks and Morty. Wasp Rick attacks and kills the hologram Rick Blob. Rick and Morty realize they both must find balance in the decisions they make to live in the moment and also think ahead. 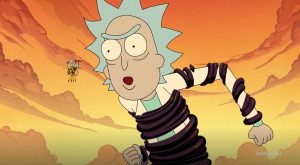 Rick and Morty continue to push the boundaries of the ridiculous and pair it with subtle yet profound ideas. As a season premier, this episode sets the bar high for what’s to come for the remainder of the season. What sets the series apart for any other sci-fi or animated show is the ability to merge expert writing with the extreme absurd. Social commentary and pop culture parodies coupled with witty dialogue is what’s at the  core of the series, and this episode pulls no punches. Lines of dialogue are expertly woven together leaving the viewers’ head spinning. Often times, profound existential or theoretical truths are relegated to throw away lines. This is what makes watching Rick and Morty worth repeat viewings. Even after watching episodes multiple times, there are still visual and auditory gags I discover upon doing so. This allows the series to continue to feel fresh and relevant.

Although to some Rick and Morty may look like a cartoon about nonsense (considering this episode features a dimension of sentient shrimp people), a deeper analysis into the themes of the series reveal universal themes of faith, fate, hope, nihilism, and the human condition. By following the crystal, Morty attempts to change his fate. Morty’s desire to reach his ultimate goal leads him through a path of self destruction and chaos. His selfish desires drive him to become a literal monster feeding off the DNA of others. This can be a mirror to our current selfish society using others for self gain. The series also dives into social commentary surrounded by gags and parodies. Rick’s consciousness transfers from clone body to clone body within different dimensions once his clone body is killed; which is a direct parody to Tom Cruise’s Edge of Tomorrow (2014), where the episode gets its title. Rick’s clone awakens to a fictitious socialist dystopian dictatorship reminiscent of Nazi Germany. This is a (although on the nose) obvious commentary at our own social and political climate in the U.S. and the political division in our nation.

Rick and Morty’s Season 4 premier has stuck its landing. Many other television shows and movies have buckled under the pressure of the fans’ anticipation. The series continues to perfectly pair the ridiculous with comedic brilliance. Although some episodes of Rick and Morty are better than others, every season premiere of the series is met with great critical and audience praise. With this episode of Rick and Morty, the series creators dive deep into the concept of living in the present. By not appreciating the present and focusing only on the goal of the future, the present  and all of its possibilities are lost. The series is at the top of its peak and it seems Roiland and Harmon are continuing to push forward and surpass all of our expectations.