Watching Zack and the rest of the original Saved By the Bell gang hang out at The Max is a treat for any child of the 90's. 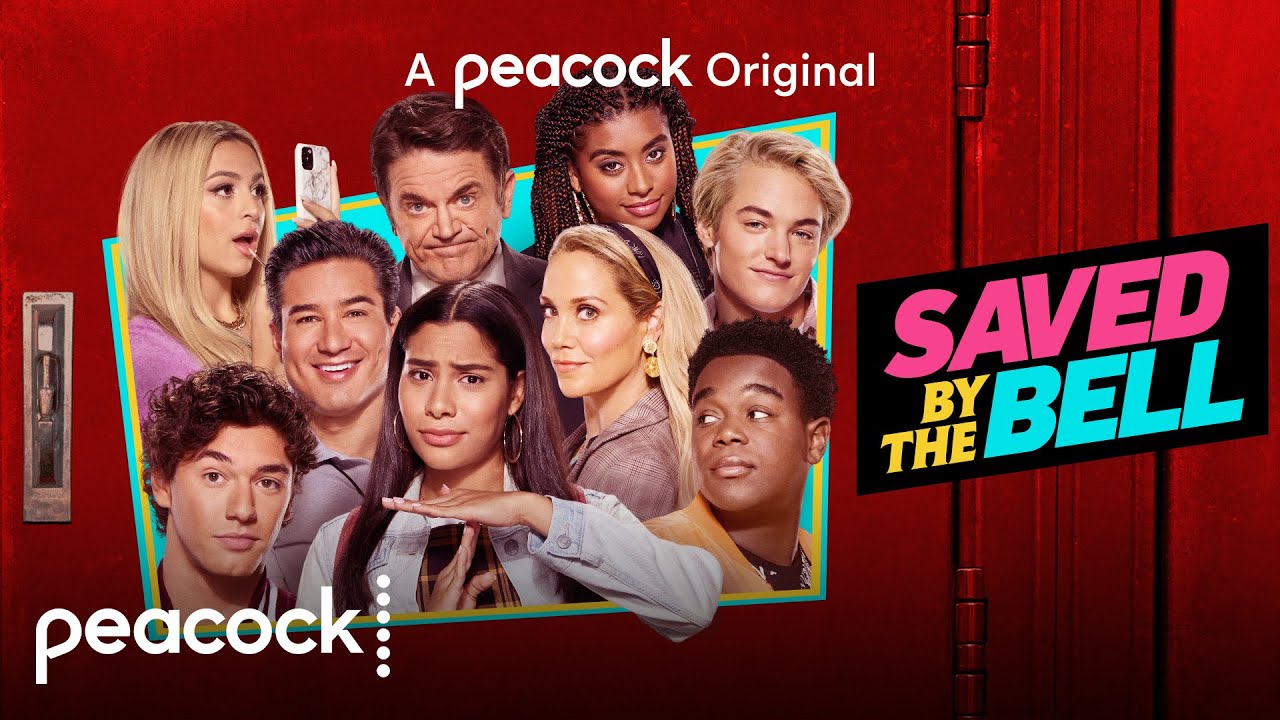 Saved by the Bell (2020) is an American television series developed by Tracey Wigfield based on the original Saved by the Bell series created by Sam Bobrick. The series serves as a direct sequel to the original show, which ran from 1989 to 1993. Along with a new cast of students, most of the original cast reprise their roles as their iconic characters and also serve as producers.

Mark-Paul Gosselaar, Elizabeth Berkley, Mario Lopez, and Tiffani Thiessen are all executive producers. They attempt to bring this iconic show that captured the hearts of preteens in the 90’s to a new generation. Over the last few years, there have been rumors of a possible reunion of  the Saved By the Bell cast in some fashion. Famously in 2015, Jimmy Fallon of The Tonight Show began to petition the cast of the original series to sign on for a reunion project. The idea of a Saved By the Bell reboot began to build and sustain momentum.

With the launch of Universal and NBC’s new direct-to-consumer streaming service Peacock, the two entities began re-acquiring their licensed content to ensure exclusivity to draw in consumers. Along with their current library, NBC looked into developing new exclusive titles and content. In the fall of 2019, NBC announced a reboot of Saved by the Bell to be exclusively available on Peacock. Along with the announcement of the majority of the original cast’s return, it was also announced one of the writers of the new series would be Dashiell Driscoll, creator of Funny or Die’s hugely popular “Zack Morris is Trash” web series.

Saved By the Bell premiered the entirety of its 10 episode season on Peacock on November 25, 2020. Though the original series was fairly liked during its original run, it became hugely popular in syndication and seemed to be ever-present on networks and cable channels over the decades. Although the original series was and still is immensely popular, it’s widely accepted that the show is not the most well-written piece of programming.

The revival of the series has been highly anticipated, but the audience did not know what to expect from the reboot as far as tone and quality. Upon its premiere, Saved By the Bell was met with overall positive reception. Rotten Tomatoes rates the series with a certified fresh critic score of 75% and an audience score of 61%. Metecritic rates the reboot at a 72 out of 100, and IGN rates the series with a 9 out of 10 calling it “Amazing.” Universal and NBC have yet to announce a second season for the series; however, with the positive critical reception, a second season seems inevitable. 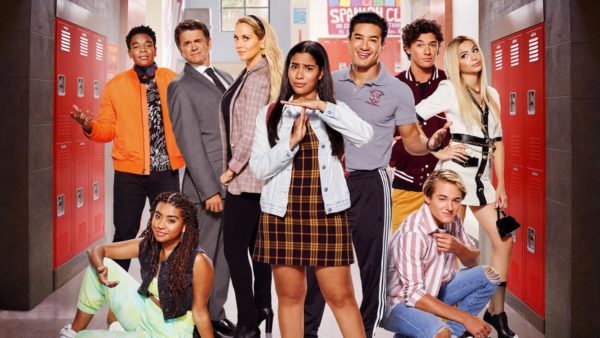 Violence: There is no violence exhibited in the series.

Language/Crude Humor: There are a handful of instances where the use of the word “B***h” is used.

Drug/ Alcohol Use: There is one mention of a character attempting drug use. 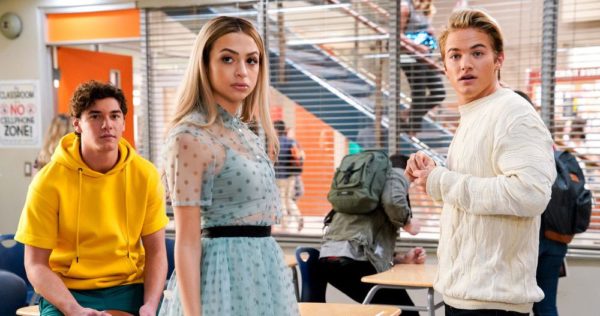 The Saved By the Bell reboot takes place 30 years after the original gang walked across the graduation stage. The series opens with a political ad by the current Governor of California, Zack Morris (Mark-Paul Gosselaar). We learn the current the state government has drastically defunded their education system. These cuts led to multiple school closures in under-privileged neighborhoods.

Governor Morris’s solution to the school closures is to relocate the displaced students from the under-privileged areas to districts with much higher funding. We are introduced to a group of underprivileged students from the recently closed Douglas High as they attempt to find their way through the drastically different environment of Bayside High.

Hailing from Douglas High is the overachieving Daisy Jimenez (Haskiri Valazquez), the sassy Aisha Garcia (Alycia Pascual-Pena), and the brooding Devante Young (Dexter Darden). In order to help smoothly transition the Douglas High students to Bayside life, they are partnered with a current Bayside student. The Douglas students are partnered with the slacker Mac Morris (Mitchell Hoog), the dumb but lovable jock Jamie Spano (Belmont Cameli), and the fashionable socialite Lexi Haddad-DeFabrizio (Josi Totah). With help from the school’s guidance councilor Jessi Spano (Elizabeth Berkley) and the physical education instructor and coach A.C. Slater (Mario Lopez), along with their student partners, they help the Douglas kids acclimate to the out of touch world of Bayside…or do the Douglas kids help acclimate the Bayside kids to the real world? 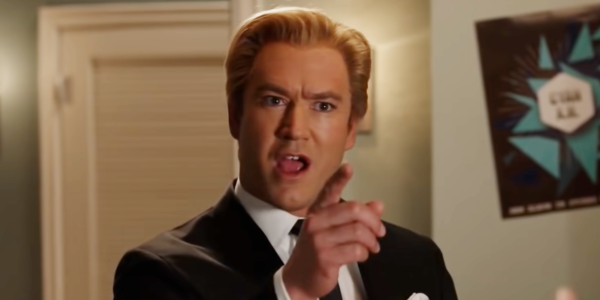 The Saved By the Bell development team was able to reimagine the world of Bayside High, yet maintain the heart of the original series as well as its aesthetic as a goofball comedy. As showrunner, Tracey Wigfield, along with Lopez and Berkley, worked together with the production team to ensure the series maintained the spirit of the original show while still achieving its own identity. This allows for fans of the show to appreciate the broader scopes of the similar Bayside campus and commonly used restaurant “The Max.” As such, its single camera filming style propels the series to the modern era to appeal to new audiences.

Although the series is filmed in a more modern style, many of the original series mechanics that made the show stand out continue to be maintained. The series is lead by Daisy Jimenez, who adopts the famous “Time Out” ability where she pauses time to address the audience, directly breaking the fourth wall and letting the viewers into her internal monologue. 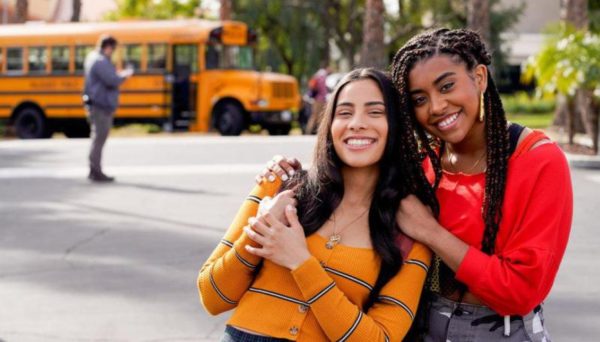 Although the series is as light-hearted in tone as the original, the reboot addresses a multitude of profound social issues. Normally the issues addressed in the series could have dramatically altered the tone of the show; however, the writers and directors were able to address these issues while maintaining a comedic, satirical tone that mirrors the original series.

For many of the students at Bayside, this is the first time they become aware of what “privilege” is and how “privilege” is not accessible to everyone. This new revelation leads to significant character development, and the Bayside students become more socially aware. Along with the character development of the Bayside elite, the Douglas students also learn not every privileged student is shallow. The writers successfully navigate these issues with a sense of levity and humor. 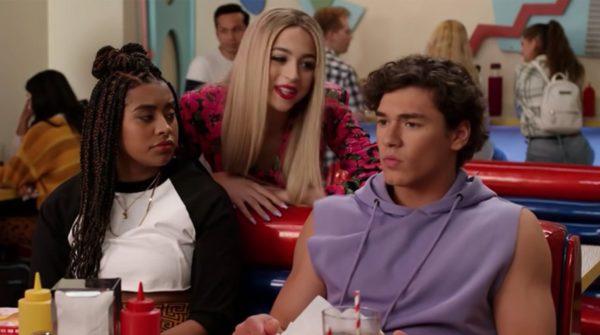 The series also successfully subverts social expectations by having characters break out of socially acceptable norms. The series beautifully bends and even breaks stereotypes; stereotypes that have been long standing in most television shows. Some of these are exhibited by the captain of the football team being overly sensitive and in touch with his feelings; a girl who becomes the quarterback of the football team; an assumed thug from Douglas becomes the star of the school’s musical; and many of the rich, privileged students are generous, loving, and welcoming.

Though these breakdowns of stereotypical norms are socially heavy, the series maintains its light-hearted tone. As the series continues, the characters’ growth and relationship development becomes the forefront of the story. The first half sets up the social circumstances, while the second half allows the characters to navigate through those circumstances. 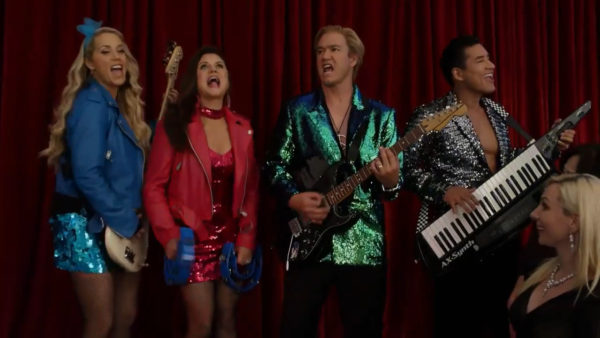 The show perfectly marries the new characters with the original cast. Following where these characters we grew up with are and the effect they have on the new cast is overall fulfilling. Inauthentic relationships between parents and children are explored. The writing is sharp, witty, and will leave you laughing out loud multiple times. Saved By the Bell is not ashamed to poke fun at itself and its predecessor. The series is filled with Easter eggs and references which will make any fan of the original series grin ear-to-ear, but do not isolate the new audience. A number of the cast members performances are standouts, including Haskiri Velazquez in her leading role as Daisy and John Michael Higgins’ dry humor as Principal Ronalds Toddman. Watching Zack and the rest of the original Saved By the Bell gang hang out at The Max is a treat for any child of the 90’s. The series does a fantastic job of reimagining the original series with relevant social commentary, yet gives fans of the original show great callbacks and character resolutions.

Saved By the Bell (2020) does a fantastic job of reimagining the original series with relevant social commentary, yet gives fans of the original show great callbacks and character resolutions.