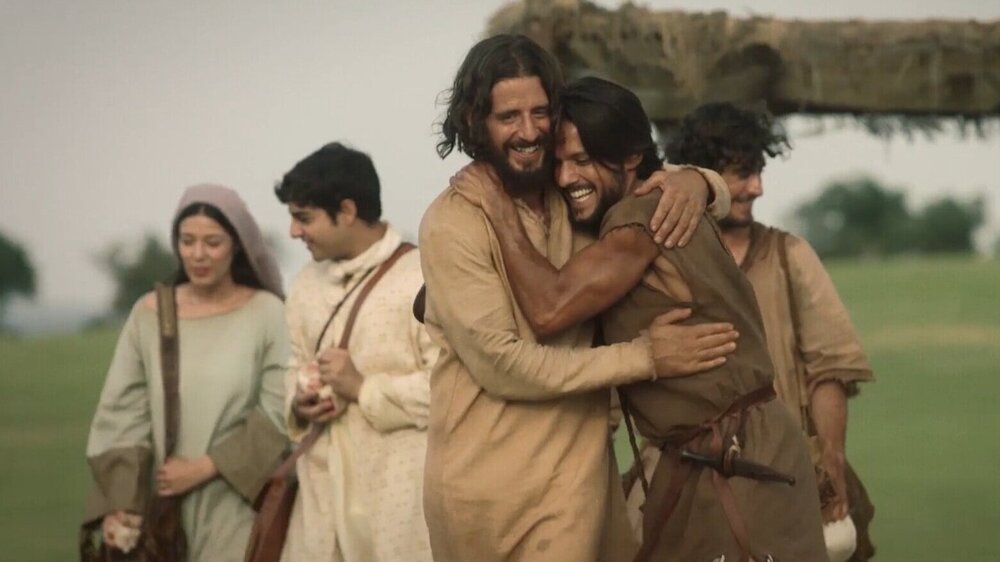 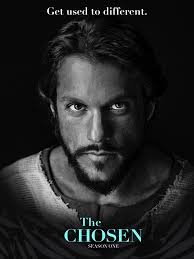 The Chosen became notable in its development for being one of the most successful crowd-funded television projects of all time. It was initially released only on the Christian streaming service VidAngel; however, the entire series caught more attention when all eight of its episodes were released for free on YouTube this past spring. Since then, it’s become one of the most talked-about entertainment projects in Christian circles.

Spiritual Content: The series follows the ministry of Jesus Christ, and depicts miracles, demonic possession, and Jewish cultural practices like the Sabbath and teaching of the Old Testament.

Violence: A woman is shown possessed by demons in a scene potentially frightening to some viewers.

Drug/Alcohol Use: Characters drink wine at a wedding

One of this year’s most interesting discussions in Christian circles regarding recent entertainment has been surrounding the release this past spring of The Chosen. While it’s not the first major project in Hollywood to discuss the life of Christ, the show is the self-declared first-ever multi-season television show designed to approach the topic of Christ’s ministry. In that, it’s quite ambitious. The showrunners have a story arc planned for eight seasons they hope to self-fund and distribute. The show’s reputation certainly precedes it. I’ve had multiple Christians suggest it’s something I ought to check out. I’ve read of Christians online who are obsessed with the series and who cried watching the episodes after multiple viewings. It’s clearly struck a chord with tens of thousands of Christians who yearn to learn about Christ’s ministry.

Truthfully, I didn’t go into the series enthusiastically. Modern “Christian” media is, at best, a well-meaning but underdeveloped genre that consistently puts out some of the worst film releases every year. Sadly, modern Christian filmmakers are not producing works of art on par with great epics like Paradise Lost or The Divine Comedy, or painting like Michaelangelo or Da Vinci. While I understand the purpose of films like Fireproof, The Shack, or God’s NOT Dead as a ministry tool, they don’t work as films. Atheists who watch them don’t respect them as artistic statements and usually find them boring and condescending. The same can’t be said for classic religiously flavored films like It’s a Wonderful Life or Ben Hur which have a lot more to offer religious and non-religious audiences alike. 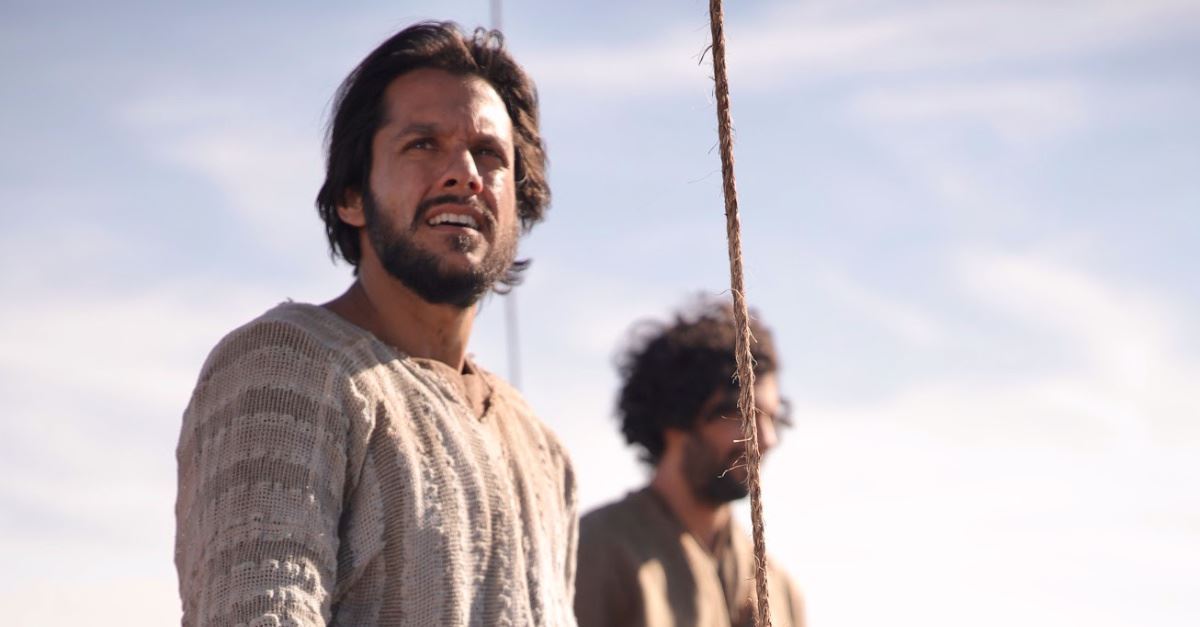 So what do I think of The Chosen given my own antipathy towards low-budget Christian independent filmmaking?

I will say I appreciated The Chosen a great deal more than I have appreciated most recent Christian film projects. It’s not bad, and it definitely has its moments. It’s very ambitious, and manages to make the most of its relatively small production budget. A lot of what I like about it is its tone and pacing. While the first few episodes are a little too slow, the show is very laid back for the most part and lets its scenes play out slowly. The plot for the first season covers Christ’s early ministry when he’s still an anonymous Jewish wanderer that the greater Roman Palestine doesn’t know much about. The show’s story isn’t complete, but the first eight episodes cover Christ meeting the first six disciples and Mary Magdalene. A lot of time is used to explore all of these characters in unique ways.

You can divide the plot into two halves. The first half covers the early lives of Nicodemus, Simon, and Matthew as flawed sinners and doubters in a time of Roman occupation. Simon is a poor fisherman who is violating the Sabbath illegally to fish. Matthew is a traitorous tax collector who works with the Romans. Nicodemus is a Rabbi struggling to live out his faith in troubled times. Mary is a woman severely possessed by multiple demons who even Rabbis struggle to exorcise. The stories all intersect and build to the point where Christ becomes the center of the story.

The second half then follows Christ revealing himself to Simon by filling their fishing boat with fish, and then depicts some of the early miracles of his ministry. From here on out, it becomes a slightly more traditional Jesus story as he leads his followers and performs miracles. We see him turn water into wine at a wedding, confront a divorced woman at the well, help a crippled man and a leper, and start revealing himself to the world. 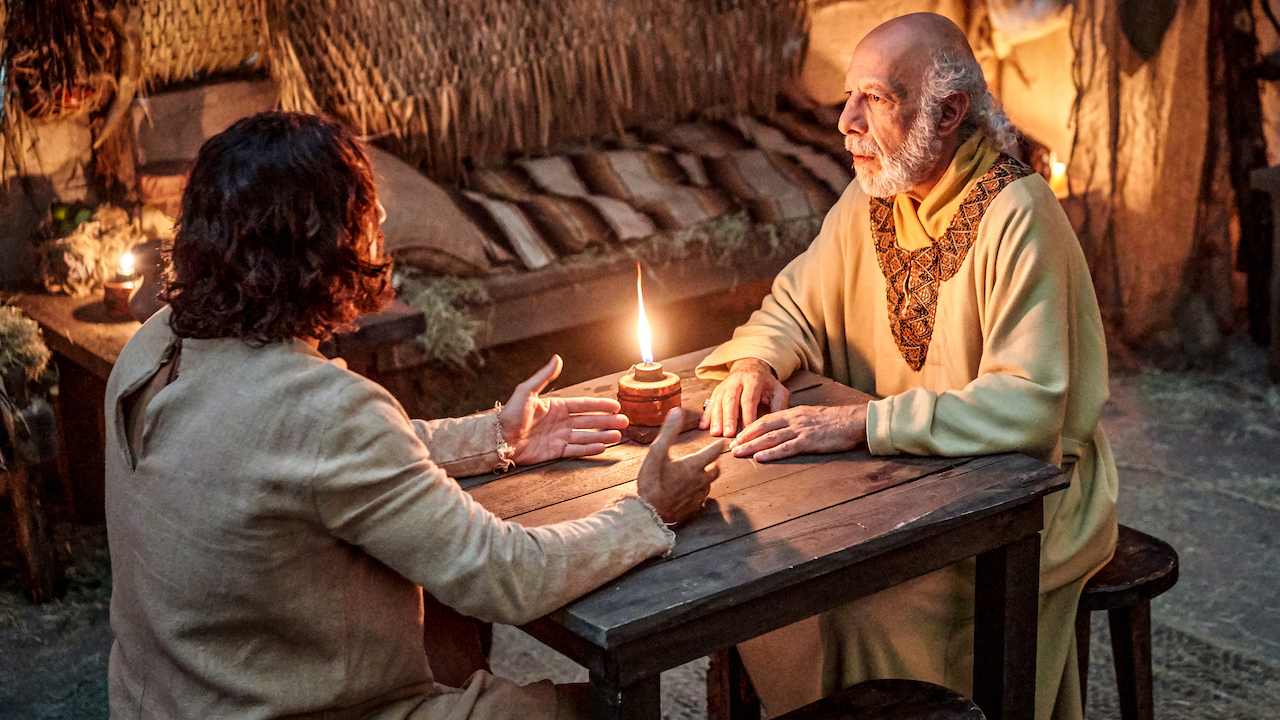 Unfortunately, that bifurcation between stories doesn’t necessarily help the plot. The show’s general weakness is that it hasn’t fully come into itself yet and played its hand for what KIND of story it’s trying to tell. You can see hints. Giving the disciples such complicated backstories certainly offers some insight into these real-life individuals. In episode five, the story even gives Jesus a minor story arc where he doubts it’s truly his time to come into the world yet and he must decide between honoring his mother and honoring what he thinks his true responsibility is.

At times, it captures hints of a deeper narrative; but without more character development, most of these moments feel incomplete. How much is the series going to continue developing Simon and Matthew from the point it starts them out at? What is Nicodemus’ crisis of faith and mature understanding going to develop into? How far can you take a story arc about Jesus without going into full Apocrypha/Last Temptation of Christ territory? You risk emphasizing Christ’s humanity too much and deemphasizing his traditional depiction as fully God and fully man. 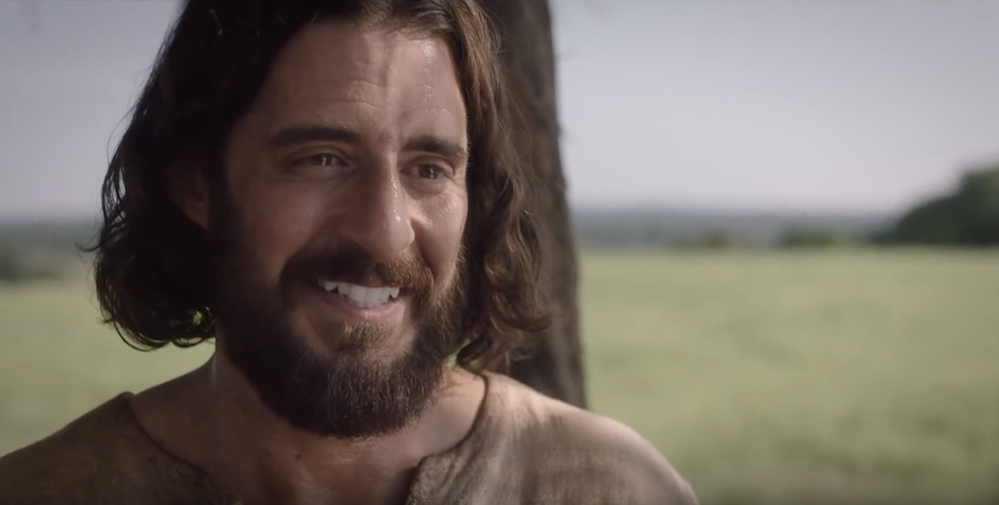 Much of this show’s potential remains to be seen. Like most independent Christian entertainment, The Chosen suffers from numerous drawbacks. The script has some weaknesses and the low budget can’t hide the fact the show occasionally looks like a low budget movie shot in a soundstage in Texas (this does not look like the Mediterranean). One friend of mine went as far as to compare the tone and approach to its depiction of Jesus as being “Disneyfied.” It might be too soft of a depiction. While I don’t know how much the edges of Christ’s ministry will be sanded off in the future, there’s still a lot to like with what we have. There’s obviously a reason this has hit a minor nerve! As the second season is now in production, I’m looking forward to seeing how it approaches the more challenging parts of Christ’s ministry and how the non-depicted disciples are shown for the first time.

As far as family-friendly Christian entertain goes, The Chosen is solid. Given it’s being released online for free, I’m not inclined to be too harsh about its flaws.

The Chosen isn't perfect, but it's commendable and watchable. It shows potential to grow into one of the most interesting projects in Christian independent filmmaking.