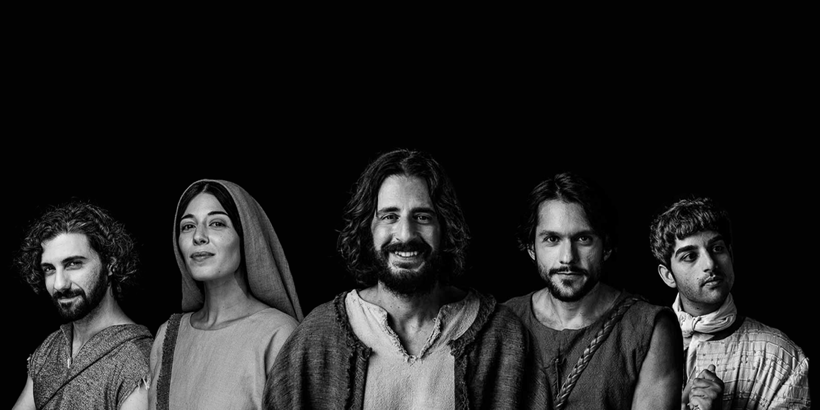 The new season of The Chosen has slowly been plucking away at new episodes since this Easter. Three episodes of the new season have premiered so far on VidAngel, with a fourth episode releasing this week.

I’ve been a little bit slow in catching up on the show. I’m not great at keeping up with television as it is (I still need to watch Superman and Lois, Invincible, Attack on Titan, Murder Among the Mormons, Dark Crystal Age of Resistance, What We Do in the Shadows, Father Brown, and Twin Peaks…).

I admittedly had somewhat lukewarm reactions to the first season, but I appear to be in the minority position in regards to the show overall. Most everyone I know who has seen it, from my pastor to my best friend, has adored the show and walked away with a lot of things to say about it and its depiction of Christ.

As it stands, I’m willing to hold out for The Chosen and see where it takes its story.

Spiritual Content: The series follows the ministry of Christ and his disciples and explores how they were taught to live and spread the gospel. 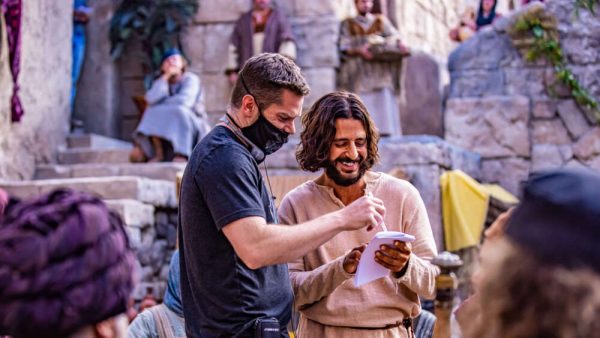 The first scenes of the new season were some of my favorite conceptual scenes so far of the entire show. Set decades after Christ’s ministry, the show introduces us to John as he’s sitting down to write the Gospel of John, the last of the four canonical books written about Christ’s ministry.

It’s generally believed Christ was crucified in 32 A.D. Subsequently, the Gospels themselves were written between 40-70 A.D., although the actual dates and authorship are debated vigorously. Canonically, the earliest surviving gospels were written by two students of Peter and Paul, while the later gospels were written by two of the surviving witnesses of Christ’s ministry. A lost fifth Gospel in Aramaic may have also existed and influenced Matthew and Luke. There are modern Biblical/secular scholars who contest the authorship question (sometimes quite aggressively), but that’s not relevant for this show given it’s generally fairly deterrent to traditional protestant Bible teachings.

What’s interesting to me is the series tackling the idea of HOW the gospels were written. The scene opens up with one-on-one interviews between John and surviving members of the disciples. It then cuts to John struggling to write the famous opening verse, “In the beginning was the Word, and the Word was with God, and the Word was God. He was with God in the beginning. Through him all things were made; without Him nothing was made that has been made” (John 1:1-3).

John doesn’t quite know yet what he needs to say to help future generations understand who Christ was. There’s even a cute joke about how Matthew and John approached writing their Gospels from VERY different perspectives and approaches. The prologue ends on a cliffhanger but suggests that a running subplot in this season is going to be how the disciples come to terms with their relationships with Christ and what they ultimately believed others needed to be told about him.

The episode then ends with an epilogue that resolves the conflict it set up at the beginning. It’s honestly a bit anticlimactic.

Timeline jumping is already a frequent motif of this series, but honestly, I hope they spend more time building up these ideas. I’m excited to see where this could be taken (or if it’s taken anywhere), but if this is the end of this flashback idea, then I’m afraid it wasted a great opportunity.

Speaking of long-term stories, the season begins by picking up one of the smaller story elements of the last season by showing more of the life of the Apostle Thomas before he joins the disciples. As we saw in the back half of season one, he and his sister are working as lucrative wine merchants and sell the wine that ends up becoming relevant to Christ’s first miracle: turning the water into wine.

We don’t see much development for them in just the first episode, but their story does seem to set up ideas that will be pertinent for the season. Thomas’s father specifically seeks out Christ to speak with him, but Christ’s ministry ends up keeping the two apart for longer than he wishes. At the same time, Thomas begins facing the antipathy of the local Samaritan population as they begin traveling through their lands.

This sets up the main ideas of the episode. 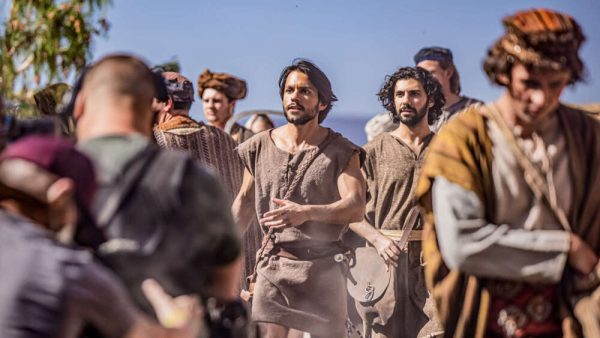 Picking up from the end of the last season, Christ and the first of the disciples begin their ministry in Samaria. Seven of the disciples, Mary Magdelene, and Jesus had just started gaining popularity among the Samaritans because he had announced his status as the Messiah to Photina at the end of the last season. Suddenly, Jesus has become the most popular man in town. Every person is asking to see him, he’s constantly preaching to the point of exhaustion, and he’s being invited to meals multiple times a day by powerful people in town.

It’s interesting getting to see an in-depth view of Samaritan life like this. One of the most important of Christ’s parables is the story of The Good Samaritan, but teaching that story requires the knowledge that Jews and Samaritans, during the time of Roman Palestinian occupation, hated one another. The episode does a pretty good job, if on the nose, of exploring the outstanding resentment between these two cultures while still showing just how profoundly popular Christ’s ministry ends up being.

The episode’s story ends up being more deeply influenced by another parable, though. Throughout the episode, Christ keeps finding himself weary and distracted from his task of mentoring the Samaritans. He keeps disappearing and reappearing at strange times. This builds to the point where he finds a lone Jewish man living in the outskirts and ends up being able to mentor him when he discovers he has a criminal past. The whole episode ends up serving as a fascinating retelling of the Parable of the Lost Sheep.

“What do you think? If a man owns a hundred sheep, and one of them wanders away, will he not leave the ninety-nine on the hills and go to look for the one that wandered off?” – Matthew 18:12

This theme ends up serving as doubly important as we see John musing how much he wishes for the wrath of God to smite the Samaritans because of their ancient antipathy towards the Jews. Christ rebukes him for his racism and tells him God wants to save all people.

The modernized dialog at times is a stickler point for me. It’s funny listening to Matthew bicker about spending like a bemused accountant, but there are also times when the dialog becomes overtly try-hard.

I’ve talked with friends who had less-than-stellar reactions to the premiere episode overall, and I’m generally inclined to agree. This show seems to work best in strides. Moments like Matthew being gifted free wine on Jesus’s behalf are sweet and capture the way this show creates a casual call-and-response flow to its moments. A character will muse about the group running out of money, and then they receive free supplies. Characters still start to get tense about their relationship with the Samaritans, and then Jesus will rebuke them.

With the way the show is organizing all of its scenes, it’s not clear how it’s going to keep a consistent narrative going throughout the entirety of the proposed seven seasons. Too many of the show’s ideas are set up and then instantly resolved within the episode. It’s an improvement from the four-episode story arc that started in the first season, which felt too drawn out, but the series hasn’t quite found its ideal groove yet.

On paper, this is a show about the characters who orbit Christ. “The Chosen” characters are those who Christ has very specifically chosen to uphold the extremely difficult challenge of being his immediate followers. So far the series has found ways to build stories around their character traits, but if the series wants to write its way into seven seasons, it’s going to need to build these stories with longitude in mind.

The Chosen is back. If you liked Season 1, you’ll likely enjoy this too.