The second season of The Mandalorian has finally wrapped this weekend. After the incredible success of the first season last year, the new season was highly anticipated! The slow drip of new episodes over the past two months has been one of the highlights of 2020 so far for this year’s entertainment. With all that hype and excitement, how does the new season square up against the first?

The fan outpouring for The Mandalorian has been nothing if not gratifying. I love hearing long time Star Wars fans breathe a sigh of relief as they’re finally enjoying a new story for the first time in a long time. It’s clear that with this season, showrunners Jon Favreau and Dave Filoni wanted to deliver something memorable to their audience who fell in love with the first season last fall.

At times though, they do almost go to far.

Part of what made The Mandalorian such a breath of fresh air was that it was an incredibly simple premise. A bounty hunter goes on the run to protect a force-sensitive infant from the remnants of the Empire. The combination of the titular Mandalorian and the infant child made for an incredible pair. Mando was a cold, hard shell of a man who couldn’t show emotions through his helmet. The child was a ball of cuteness and vulnerability that needed constant protection. 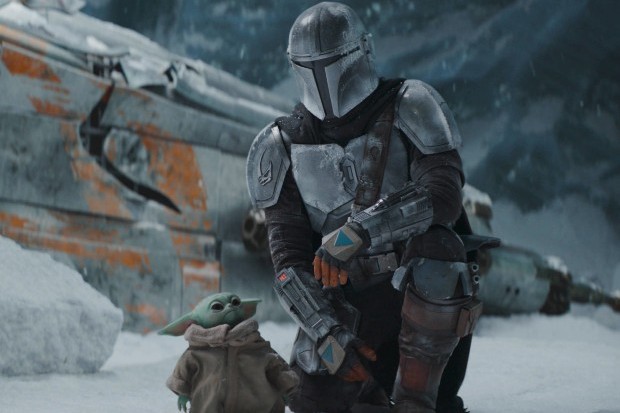 The story was a stripped-down retelling of classic samurai stories like Lone Wolf and Cub that make the same contrast between the warrior and the innocent child that must be protected. We viscerally understand why this man wants to go on the run to protect this child. We understand just how deeply compromising his circumstances are. Our hero is in constant danger from the moment he makes the right decision to protect the child.

Outside of this relationship and the tension it creates, there wasn’t much else to the first season of The Mandalorian. The show hinted at a deeper story with more complex ideas brewing in the background, but these ideas always stayed marginal to the story proper.

The Mandalorian‘s second season doesn’t quite have this advantage. It’s packed to the gills with major character cameos, one-off stories, and setups for future stories. Episodes three through six all setup stories that are clearly prepping for the new slate of Disney+ shows like Rangers of the New Republic, Ahsoka, and Book of Boba Fett. 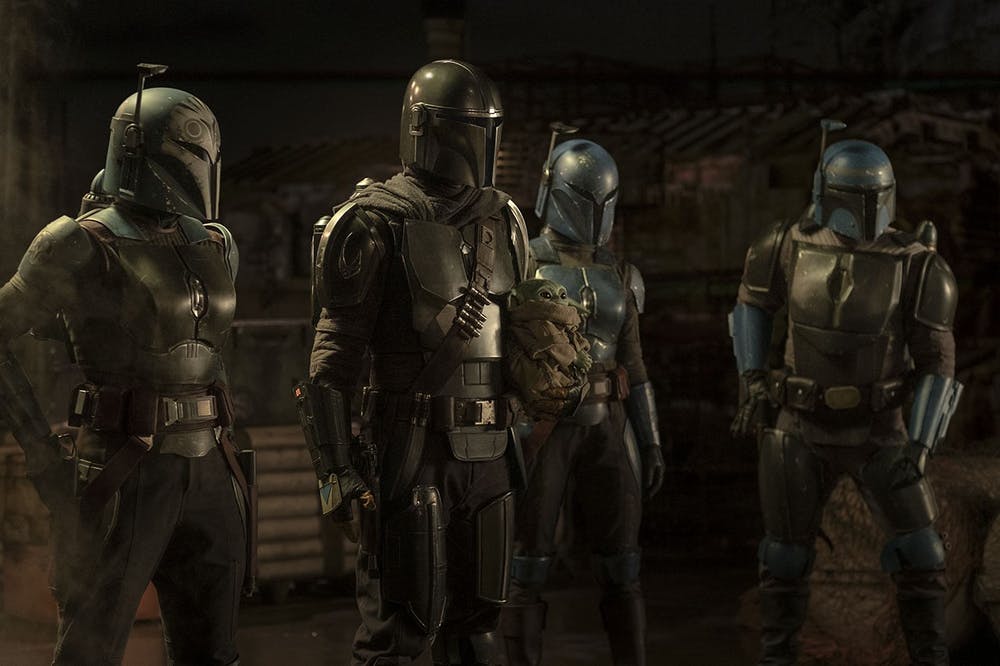 The narrative minimalism and consistent threat of the first season is missing from the outset of the show. While it’s cool seeing established characters like Boba Fett, Bo Katan, and Ahsoka Tano show up for whole episodes, I can’t help but wonder if that diminishes the point of the show.

Regardless, season two is filled with tons of highs and lows. There are episodes and performances that rank among the best moments in all of Star Wars. There are a handful of episodes that have no reason to exist (namely episode 10). Its dialog often feels underdeveloped and its fan service is almost chokingly intense.

Following the season premiere, we once again join Mando and the child on their mission to find someone capable of training this force-sensitive young being. What follows is a long series of chases and quests wherein our lead character must follow one dot to the next to work out the location of a surviving Jedi.

The story has been repeatedly compared to that of a video game, and I don’t think that’s wrong. Mando shows up to a place, meets a major character, performs a task for them, and then gets the info he needs to move on to his next target. When he’s not doing this, he’s getting caught in snags only the writers know how to write him out of using deus ex machina solutions.

In a word, The Mandalorian is clunky.

It’s clunky in the way that Star Wars fans love, though. It’s a show in the same realm as the clunky old video games and paperback novels like Shadows of the Empire, Dark Forces, X-Wing Ultimate Alliance, Heir to the Empire, and X-Wing Rogue Squadron. It’s filled with tangents, fan service, worldbuilding, moments of sheer coolness, homages to classic films, and excellent action scenes that put some of the recent films to shame. It’s also a deeply passionate story made by people who love Star Wars deeply and want to make something people will love. 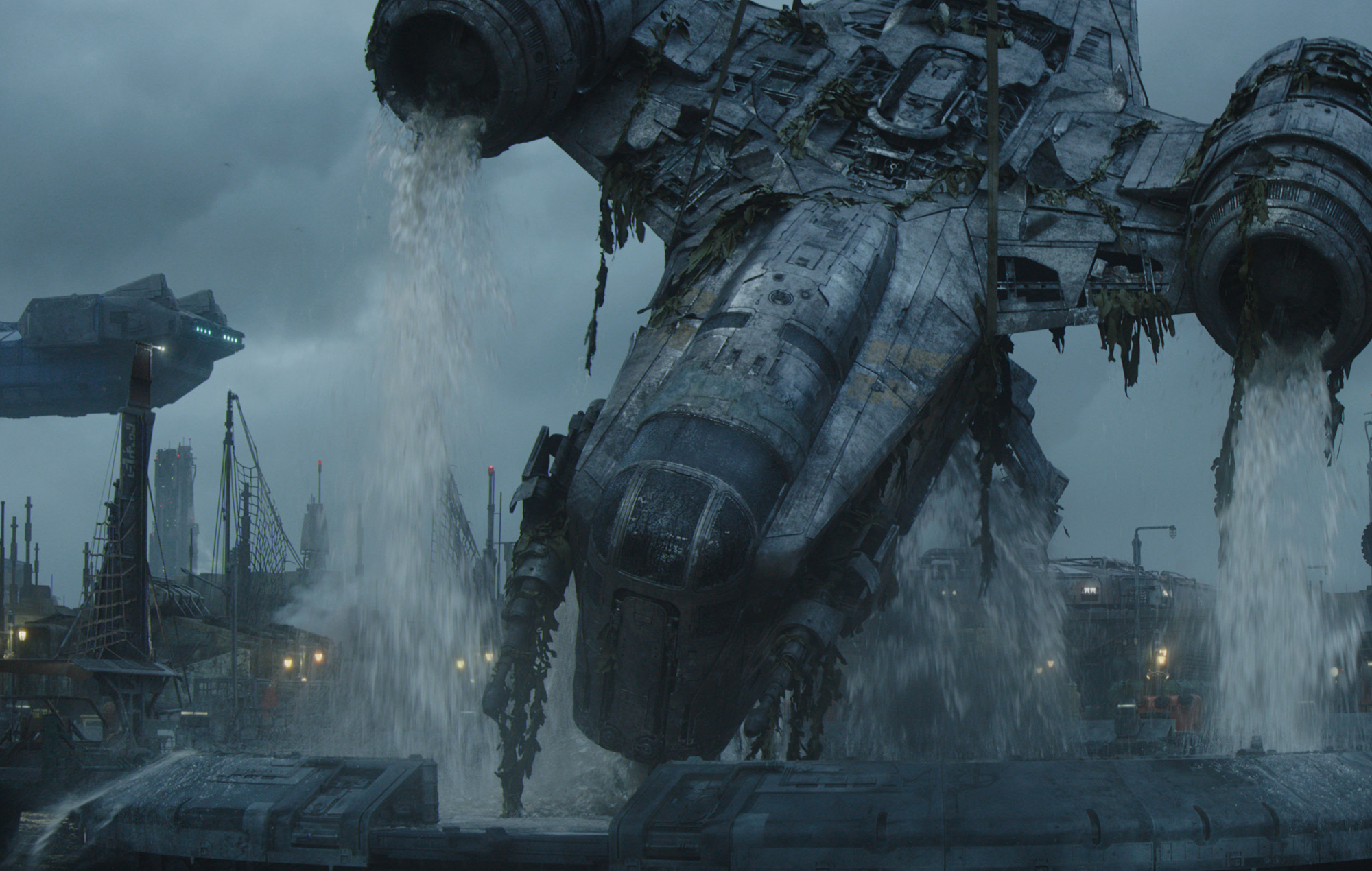 Still, the series is walking a tightrope. It occasionally takes huge creative risks that nearly plunge it into a place that would break the story. Without spoiling the events of the finale, the worst example of this comes in the final confrontation of the series thus far. Not only does the series fall back into its habit of using deus ex machina solutions, it also does so with one of the most naked moments of fan service in the history of the Star Wars franchise.

Is it awesome? YES!

Does it work? I don’t know for sure.

It definitely doesn’t work on paper, and it’s marred by some poor facial CGI. That said, the way it’s executed in the story adds a layer of suspense and disbelief to the events as it slowly unfurls this final reveal. It feels like it’s delivering on a moment that fans of the series have been asking to see for a very long time. It’s intoxicating and frustrating all at once. 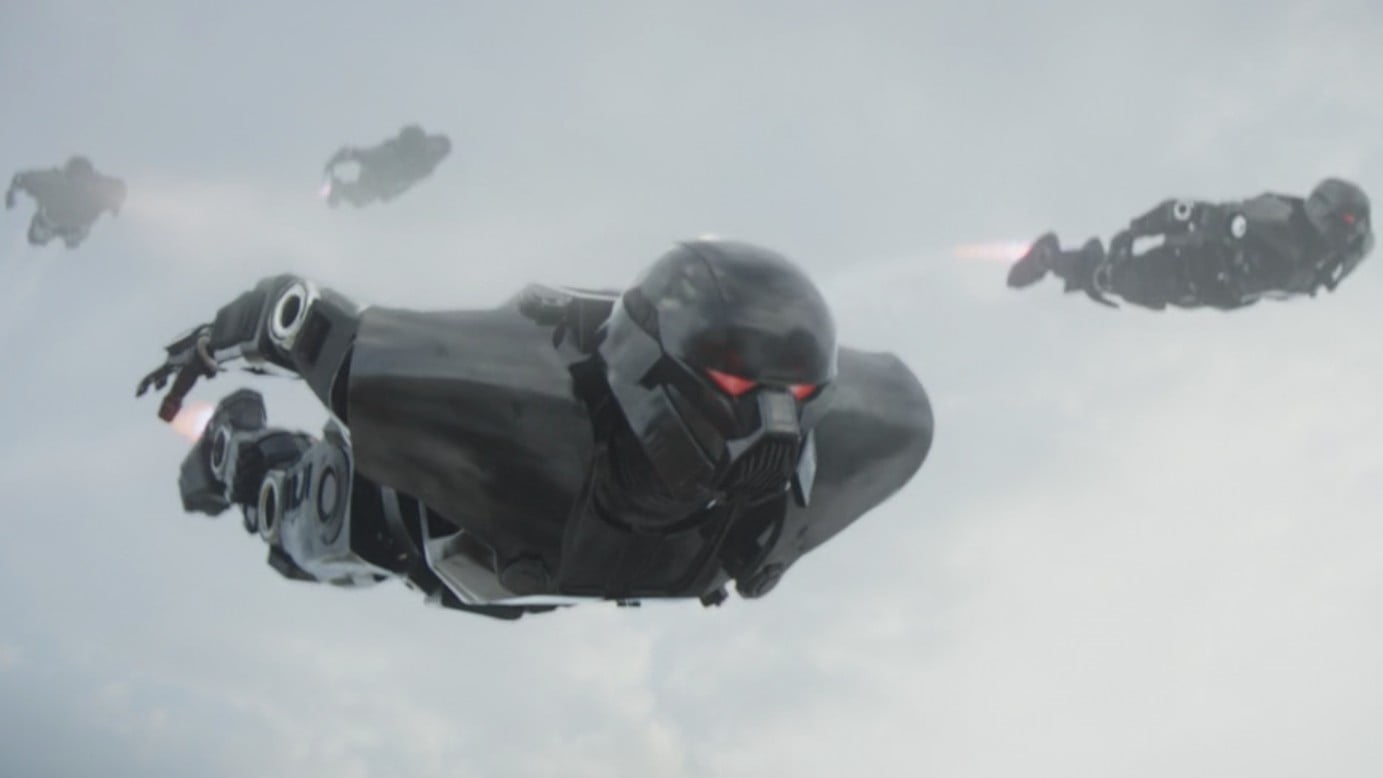 I don’t mean to sound overly negative. I LOVED this season of The Mandalorian, and I highly recommend it. It’s just qualitatively uneven. There are a ton of creative decisions I don’t fully understand, and there are episodes that don’t add to the story that was set up during the first season. The writers do a pretty good job integrating the established characters from The Clone Wars and Rebels into the narrative. The dialog crackles and these characters all have amazing moments of interaction, tension, and motivation.

Ultimately, the story’s revelations as to the child’s name and origin, Mando’s religious extremism, the Imperial Remnant’s true leadership, and Moff Gideon’s immediate plans are all awesome!

Beyond just the worldbuilding, The Mandalorian is also a gorgeous TV show. The sets are beautifully rendered and the action scenes are all lovingly crafted. There is a continuous tension to the series as it finds new creative ways to explore how its characters fight and interact. The sound design is wonderful and brings back most of Ben Burt’s best blaster effects to texture an amazing soundscape. This is peak television!

That The Mandalorian doesn’t totally stick the landing is acceptable. There are a handful of creative decisions I can say for sure I didn’t understand. The final decision of the season felt rushed and poorly thought out. Honestly, I don’t know what the series’ plan going forward is after what happens in the season finale. That said, I’m already itching to find out. I want to know more about Moff Gideon’s plans. I want to know more about the child’s fate. I want to know what Mando and Bo Katan are going to do to save their homeworld.

That investment is a testimony to just how well this series has captured its fan’s affection.

The Mandalorian is back and it's just as fun as ever! While its story is clunkier than the first season, the highs of this season are great and Star Wars fans won't be disappointed with its story!