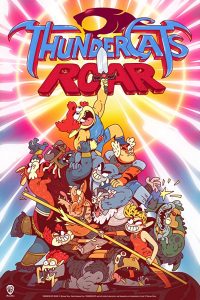 Thundercats Roar is an American animated television series created by Victor Courtright and Marly Halperner. The series is produced by Warner Brothers Animation and distributed by Cartoon Network. In 2018, Cartoon Network announced the development of a new reimagined Thundercats series very different from previous renditions. This announcement was met with mixed reactions. The series was set to premiere in 2019; however, production was delayed and a new release date was scheduled.

Thundercats Roar premiered on Cartoon Network on February 22, 2020 and concluded its 22 episode run on May 2, 2020. The series is a re-imagining of the highly popular 1980’s Original Thundercats series and its 2011 remake. At their core, both adaptations were cartoons for younger viewers; however, they took themselves seriously and the quality of the animation was ahead of its time. Thundercats Roar features an extremely cartoony and childish art style. The atmosphere of the series is far removed from the original show by exhibiting a goofy and comedic tone.

Thundercats Roar follows the same basic premise of its predecessor. After escaping the destruction of their home world Thundera, Lion-O, the leader of the Thundercats, along side Tygra, Panthro, Cheetara, Wilykit, Wilykat, and Snarff, crash land on the planet Third Earth. The survivors of Thundera attempt to settle into their new home as they encounter the unfamiliar creatures that inhabit the planet. Along with the new creatures they encounter, the Thundercats also encounter their Mutant enemies in Slithe, Monkian, and Jackalman. The Cats also cross paths with Third Earth’s greatest threat, the evil Mumm-Ra: A magical mummy-like creature who can transform into a powerful giant. 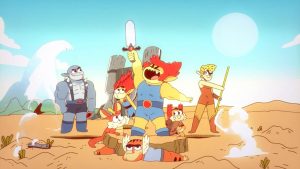 Spiritual Content: Jaga is a spiritual guide to Lion-O and the other Thundercats

Violence: The series if full of animated violence including sword fights, space battles, and hand-to-hand combat.

Language/Crude Humor:  There is no foul language or any crude or suggestive humor whatsoever.

Drug/Alcohol Use: There is no drug or alcohol use.

Other Negative Themes: The Thundercats are in a constant struggle with the Mutants and Mumm-Ra.

Positive (?) Themes: Every episode ends with a (shallow) life lesson. 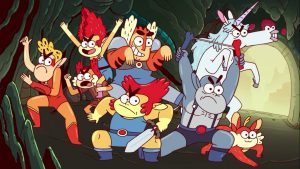 Thundercats Roar was one of the most anticipated animated series for all the wrong reasons. Upon first glimpse of the new series, fans and non-fans alike were turned off and confused by its new seemingly comedic tone and stylized art direction. There are many major flaws in this new adaptation of the Thundercats, which has lead to the series not being received well.

One of the major contributors to the series’ failure is its art style. The character design of the series is almost unwatchable. With their disfigured attributes and deformed characteristics, this cast of characters is hard to watch. The animation seems amateurish at best. There is a clear desire to achieve a more stylized production style such as Regular Show, Teen Titans Go, and Adventure Time, and Thundercats Roar is a failed attempt at a replication.

Poor animation and production can be forgiven if accompanied by great storytelling. Unfortunately, Thundercats Roar fails at this as well. The story structure is simplistic and childish at best. Character development is non- existent and shallow. One of the best features in the concept of Thundercats is its unique cast of characters, but this series does very little to allow the viewer to relate to or even like any of the characters on screen. The characters are one dimensional and painfully annoying at times.

The stand out of this annoyance is the buffoonery of Lion-O. This adaptation of the character is a major step back from other iterations. Some of the best children’s animations are those that have life lessons and can entertain children while still maintaining a level of maturity. Shows like the aforementioned Adventure time, Steven Universe, and Star vs. The Forces of Evil have a similar wacky and zany art style, yet are entertaining due to their excellent execution in storytelling and humor. Thundercats Roar is humorless. The series is intended to be an action comedy, but the action is boring and the humor is flat and unfunny. The only positive feature from the series is its use of the iconic score from the original series. Its sweeping orchestral score is just as dramatic, action packed, with moments of levity as featured in the original. 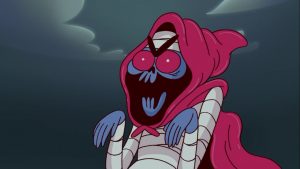 Thundercats Roar is full of missed opportunities at a wacky interpretation of a classic series. Unfortunately, it's a failed attempt at a satire and parody. Avoid at all costs. Thundercats...no!