The long awaited showdown of the Green Power Ranger vs Ryu 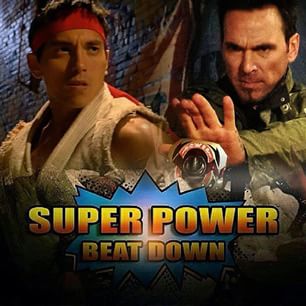 Courtesy: Bat In The Sun

The most anticipated battle so far in Bat In The Sun’s Super Power Beat Down series was released earlier today. An epic battle between Might Morphin’ Power Ranger’s Green Ranger and Street Fighter’s Ryu. The Super Power Beat Down series puts various legendary characters, from different series against one another. They let the fans vote to determine the winner, and the results were very close in the battle. Actor Peter Jang played the role of Ryu and Mr.My Morphin’ Life himself; Jason David Frank, stars as the Green Power Ranger.

So check out the episode, and let us know if they got it right..

If you really like the series, check out the other battles from Bat In The Sun, and give them a follow.

Also, go show Geeks Under Grace some love by subscribing to our page and check out our quality content as well.