Trauma and Faith: A Firefly Story 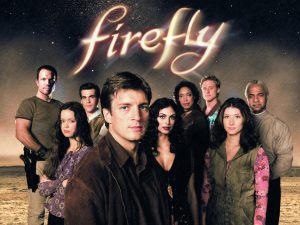 The very first novel in the hugely popular sci-fi universe of Firefly, called Firefly: Big Damn Heroes written by James Lovegrove with Joss Whedon as consulting editor, was released this month. This anticipated novel brings us Browncoats (Firefly’s cult fanbase) back into the world of Firefly and dives into the events that take place before the iconic classic television show. Since new Firefly content has been gifted to us, I thought it would be great to dive back into the ‘verse to see what lessons Captain Reynolds and the crew of the Serenity can teach us.

What is there to say about Joss Whedon’s Firefly that hasn’t already been said? It’s Whedon’s “cowboys in space” series that met an unjust and early demise. There’s action, adventure, romance, spaceships, laser guns, and cows. Underneath all of the swashbuckling, science fiction, and bar fights, there’s a story of faith; or rather, faith that has been broken.

In the pilot episode entitled “Serenity,” our outlaw 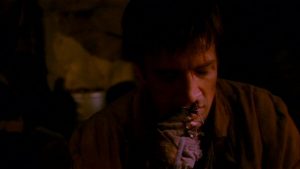 hero Malcolm Reynolds is seen in a flashback where he and his fellow rebel soldiers are fighting back against the Alliance in an attempt to secure the freedom of the outer planets of the ‘verse. His conviction allows him to fight for what he believes is right, even while facing down a more powerful and advanced foe. In this scene where gunfire, explosions, and even a shot down spacecraft fill the screen, there is a subtle, quick, blink-and-you’ll-miss-it shot of Malcolm kissing a gold cross which hangs around his neck.

He knows his faith will ensure he and the crew will come out victorious. However, the might of the Alliance forces overpowers the rebel soldiers and they overtaken. His men are shot down around him and our hero is left with a look of disbelief. This is the look of faith that has been broken. As the series progresses, our hero is a man who no longer holds onto faith, but does things his own way by his own will. Guided by a sense of morality (aside from the occasionally kicking men into a spaceship’s propulsion engine), he travels the cosmos existing with no direction, no goal, but to survive and keep flying. It’s not until much later in the subsequent movie that his belief is restored and the revelation of his ultimate direction is understood. 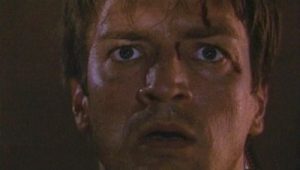 It’s a familiar tale—where one can suffer such great loss that the faith they once stood upon allowing them to face giants crumbles beneath their feet. Joy is replaced by pain. Faith is replaced by hopelessness. We can all relate to some traumatic event(s) in our lives which lead us to question our belief and faith. “Why God?” This is a common question when such traumatic events flood our lives like an unexpected storm. “Why suffer so much pain? What is the purpose? Why God?”

As Christians, we are called and challenged to be Christ-like. We attend Bible studies and discipleship classes to learn and grow in order to mirror the character traits of Christ Jesus. And like Christ, we will not avoid our share of pain and trauma. In 1 Peter 2:21, it is said “For to this you have been called, because Christ also suffered for you, leaving you an example, so that you might follow in his steps.” It’s unavoidable. We are called to pick up our own Cross and follow Him, which was not a pleasant experience (see Matthew 16:24). But there is hope. Unlike Malcolm Reynolds who flies through the cosmos with no direction or purpose but to survive, we find hope in the promises of God. We find a purpose not to just survive, but to live; and not just to live, but to live more abundantly with everlasting life. In John 10:10, Jesus says “The thief comes to steal, kill, and destroy: but I come to bring life and that you may have it more abundantly.”