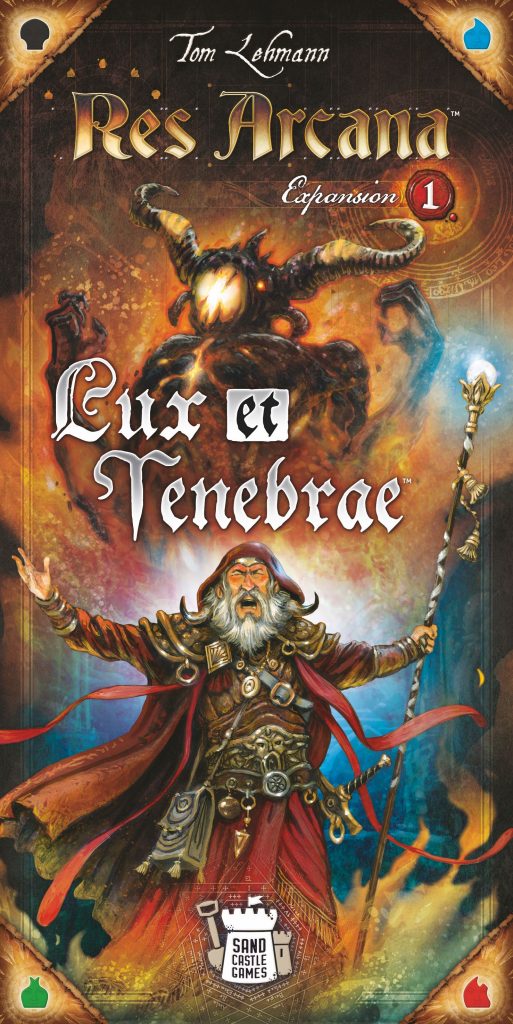 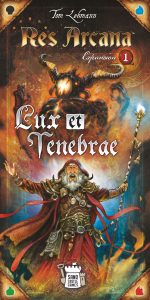 Res Arcana is a relatively new a new engine-building game from Thomas Lehmann, famous for Race for the Galaxy. It did well enough to warrant an expansion, although the speed of Lux et Tenebrae’s release, as well as the ease in which it fits in the base game, makes me think this expansion was in production well before Res Arcana was released. In any case, is it worth another twenty dollars to upgrade your copy of Res Arcana? Let’s take a look!

The game is about mages fighting each other, so be wary of any concerns you might have about witchcraft / sorcery. In particular, this expansion adds demon cards, which may give players a new level of discomfort with the theme. None of it is particularly scary-looking or realistic (after all, this is the same artist who does Ticket to Ride). The game is not explicitly violent; cards represent weapons, but I do not recall any blood or gore on the cards. There is maybe one revealing outfit (Beastmaster), but nothing extreme. 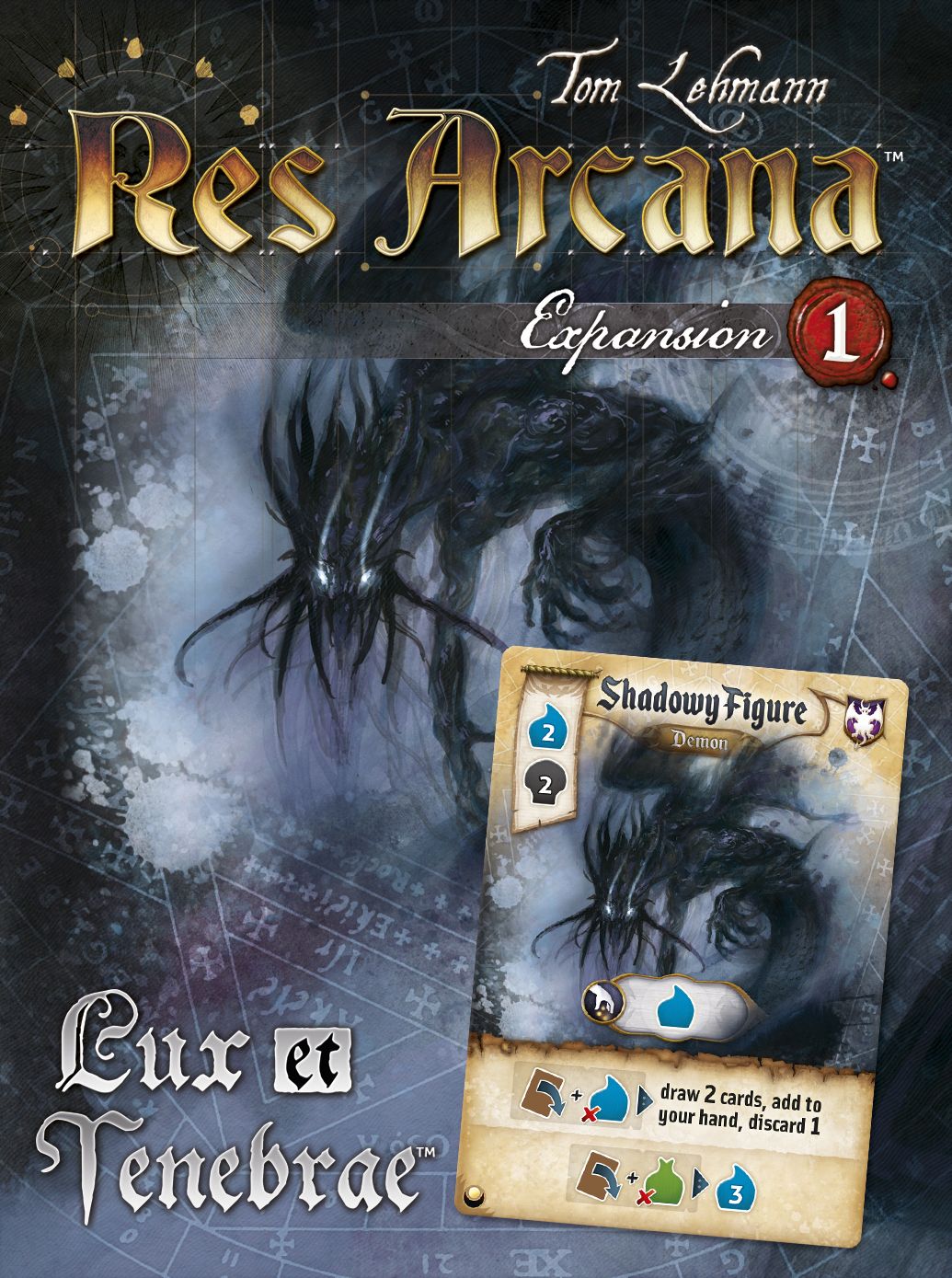 Strangely enough, the most important thing about receiving a review copy of Res Arcana was forcing me to play the base game again, and learning to properly appreciate it, forcing me to update my review.

It’s near impossible to identify the expansion components apart from the base game components, which is a good thing. In fact, everything fits so neatly into the well, including an obvious slot for an expansion-only component, that I almost feel like this content was intentionally deleted from the base game to sell later. While that thought is somewhat annoying, I’d probably be complaining the other way if it didn’t all fit easily.

One of my favorite things in engine-building games is variable content, not all of which is used every game. This makes expansion content easy, simply increasing variety and replayability without necessitating new rules. Lux et Tenebrae is right on the money here, providing more of every single type of content in the base game, but no new rules.

The most important thing Lux et Tenebrae adds are a new card type, Demons, which join Dragons and Beasts as the three possible sub-types in the Artifacts deck. And, of course, the new Mages, Monuments, and Places of Power reference the Demon Artifacts as well. Simply adding this new card type is important, allowing for more variation in the opening draft and diluting the overabundance of Dragon cards and their related strategies. The addition of Demons also adds a tiny bit more theme to a game that desperately needs improvement in that area.

Related to that, the second most important change in Lux et Tenebrae is that the number of Places of Power now scales with player count, and two-player games (the best way to play) are reduced down to four Places of Power out of the seven (with the expansion) possible, instead of a constant, identical five always available. Players who find a particular Place of Power overpowered no longer have to face it every game, and again, the game is more variable at the outset, which is a good thing.

If I had a complaint with the expansion, it’s that I’m not huge on the new Magic Item Inscription, because it’s unnecessarily complicated compared to the rest. However, considering the base game didn’t have it, I see no problem simply playing without it – it’s not as if any other Magic Items are removed from play with the expansion, so there are still plenty to choose from.

Overall, Lux et Tenebrae is more of the same, and that’s exactly the kind of thing a game like Res Arcana – an engine-builder with so many variable pieces – should get from an expansion. If you love Res Arcana, this is pretty much an auto-buy.