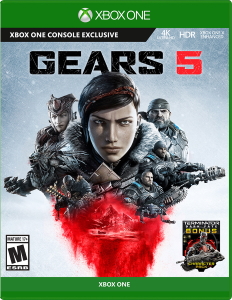 With over 13 years to its name, the Gears of War franchise has established itself as a force to be reckoned with. With Halo being in a sort of stasis, Coalition has stepped up, working to make Gears—arguably Microsoft’s premier game franchise. With Gears 5, the team has pushed themselves, reinforcing their storytelling chops and improving already-great gameplay for what is easily the best franchise title to date. 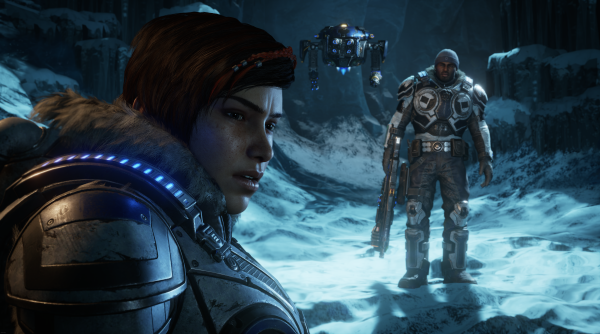 Spiritual Content: Some characters exhibit psychic connections. There are also moments when characters have to learn to cope with loss and betrayal.

Violence: This is a Gears game; the violence is off the charts. You will be shooting, blowing up, and sawing enemies in half. You can skewer them on the end of a bayonet or bludgeon them to death with rifles and pistols. Buzz saw guns can cut people in half. Head shots from sniper rifles will cause the head to explode. Do not let children play this game. 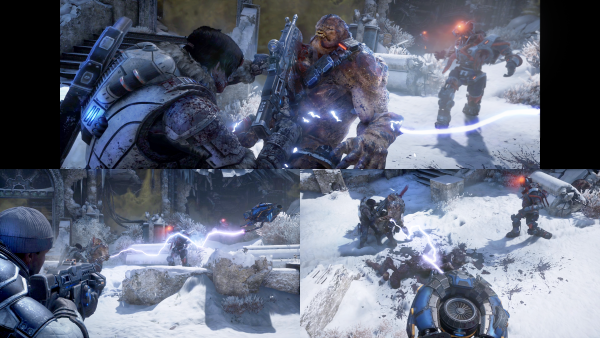 Language/Crude Humor: Gears 5 is chock full of foul language. F***, G**D***, S***, and anything else you can think of is probably in the dialog here. Whether in the campaign or multiplayer, characters will still use foul language.

Positive Themes: The characters have to learn to deal with loss, betrayal, and forgiveness. The character arcs are a big part of why the narrative is so powerful. 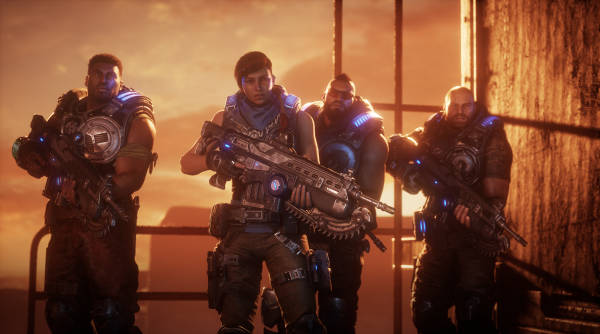 Without spoiling anything, it’s safe to say Gears 5 picks up right where Gears of War 4 left off. Marcus, Cole, and Baird are still around from the original trilogy, but Marcus’s son, JD, and his comrades Del and Kait are center stage now.

From beginning to end, Gears 5 is an action-packed experience that deals with some surprisingly prescient topics. From story pacing to location changes to character building, the team at The Coalition has skillfully crafting a top-tier campaign for Gears 5. 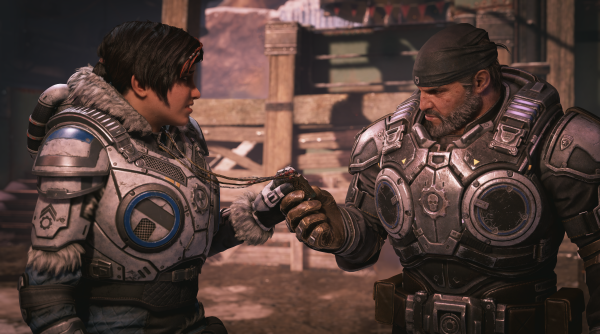 At 10-15 hours, the campaign has enough meat on the bones to satisfy nearly any fan of third-person shooters. While there are a handful of unnecessary side missions that break up the narrative flow, they have cohesive, rewarding world-building payoff. The rest of the campaign is full of focused storytelling with exciting set pieces and memorable encounters.

Nailing the narrative in the second entry of a trilogy is often difficult. You have to bridge the gap between the first and third entries while keeping things interesting and meaningful. For the most part, Gears 5 does an amazing job in that regard, however there are a couple key moments that held it back. For that reason, however, I already can’t wait to get my hands on Gears 6 to see how things wrap up. 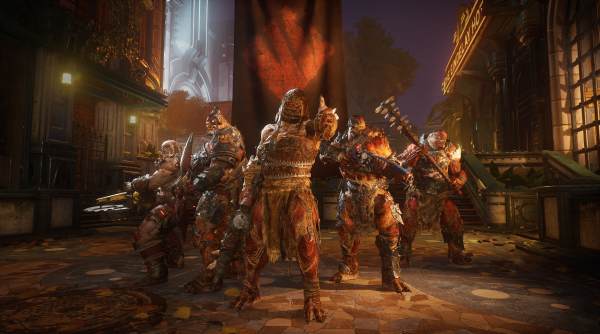 Gears 5 provides a robust suite of multiplayer options as well, and they’ve removed the loot boxes that were so prevalent in Gears 4. The Horde mode makes great use of new enemies and weapons, with more arenas to keep fans busy for the next couple years. The new Escape mode offers players a new sort of experience where you’ll have to outrun a poisonous gas explosion and clear out enemies in your way. It provides a fun, tense challenge with a new way to tackle taking down tons of grubs.  The Versus aspect of Gears 5 multiplayer is as beefy as ever, too. You can focus on ranked game modes like King of the Hill, Team Deathmatch, Escalation, and Guardian (where you have to kill a team leader to stop enemy respawns).  There are also a couple of Quickplay playlists that will let you partake in everything from Team Deathmatch to Dodgeball and more. If you’re wanting something more lighthearted or have a new player, you can even show them the ropes again a team of AI enemies. 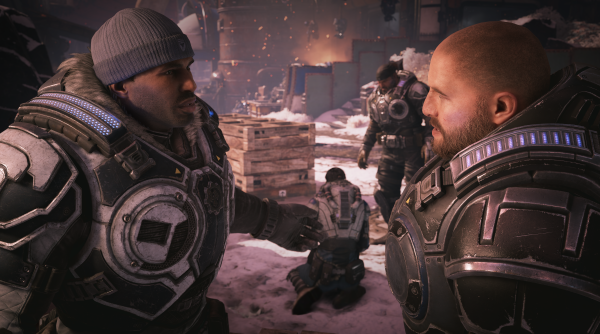 With regards to the game’s aesthetic, Gears 5 is easily the best looking game in the franchise. There are several new character and weapon designs that look fantastic and environments offer great variety. The voice work in Gears 5 is as good as ever, with heavy talent like John DiMaggio and Laura Bailey reprising their roles. As always, the music is somber and atmospheric, driving the mood of a torn, desolate world. 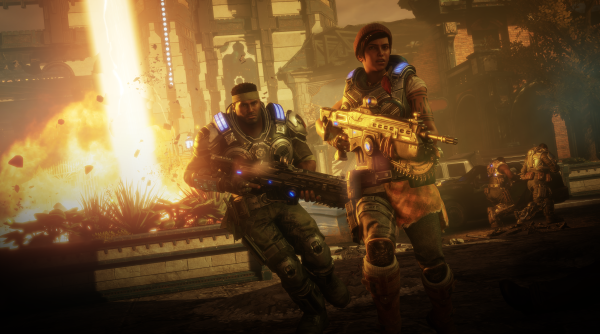 When I covered Gears of War 4, I’d said it was the best Gears game created. It ticked all the boxes: great narrative, likeable characters, great multiplayer content with worthy new additions. The same sentiments have carried over into Gears 5, but The Coalition has continued to improve their franchise. Gears 5 has everything its predecessor has and more. It will appeal to longtime Gears fans or anyone looking for a beefy third-person shooter multiplayer suite. This time around, anyone with Xbox Game Pass already has access and, either way, you’d be doing yourself a disservice to pass this by.

Pro tip: Make sure you finish Gears of War 4 (or at least watch the included “Previously on Gears” video) before diving into the newest campaign for the full story.