I’m a sucker for loot-driven games. When I first saw Outriders, I knew this was going to be up my alley. As a fan of franchises like Destiny and The Division, the bait was in the water. Add in superpowers and cover-based combat from a team involved in Gears of War and Bulletstorm, and a recipe for success was born. Now, despite some technical hiccups out the gate, I’m glad to say Outriders may be one of the most addictive games of 2021. 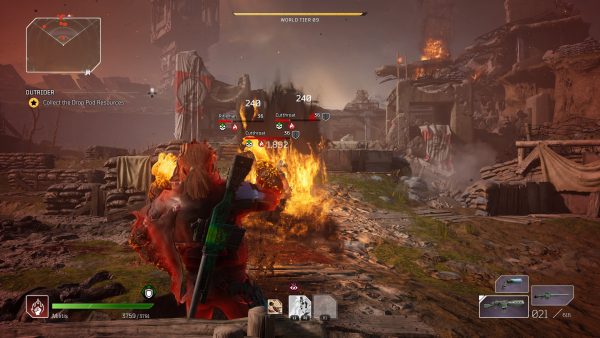 Spiritual Content: While there isn’t really anything particularly spiritual mentioned in the game, many of the characters have otherworldly powers. There are monsters and superhumans. Some of the game’s thematic narrative elements speak to problems endemic with human society.

Violence: The blood and gore are intense with Outriders. Characters can explode into a gory red mist routinely. There are scenes of intense violence. Characters are shot, stabbed, immolated, blown up, and more, and it’s all on graphic display here.

Sexual Content: There is a prostitute in one town that gives sidequests, but nothing is ever shown. One arguing couple uses some explicit, sexualized language. There is nothing sexually explicit in nature ever shown. 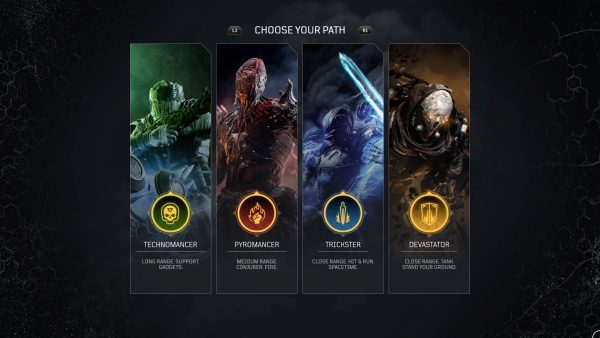 Drugs and Alcohol: There are bars full of patrons. It’s implied they’re drinking away the woes of a tattered world.

Language/Crude Humor: Profanity is prolific in Outriders. The F*** word is commonplace. If foul language gives you pause, seriously consider that in your decision to purchase or play this game.

Positive Content: There are characters who overcome their anger and biases, coming instead to care for one another. One protagonist is shown to have a genuine friendship with another abused, ostracized character. Several characters sacrifice their own good for the well-being of those around them. 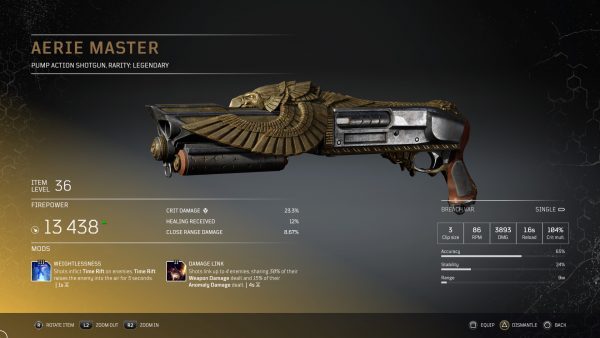 The launch of Outriders has admittedly been marred with technical hiccups. From overloaded servers that prevented single-player progression to players’ inventory being wiped, the game has come out to a rocky start. The team has, however, been hard at work diagnosing and working on those issues, and their transparency is a welcome breath of fresh air in a world where PR spin tries to downplay a game’s faults. Technical problems aside, the team at People Can Fly has made a fun, addictive game I’ve grown quite fond of.

The narrative is better than I’d originally hoped for. Though it borrows elements we’ve seen in other sci-fi, Outriders manages to pack some fun twists and genuine character moments into its ~20-hour campaign. It’s no Dune, but the game contains genuinely likable characters the team’s journey across Enoch was fun to experience. 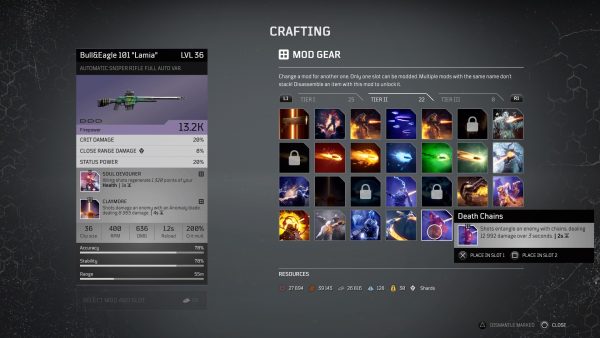 Arguably more important than the story is Outriders‘ gameplay. This is where the game shines. The gameplay loop is both fun and brutal, offering savage combat encounters while allowing some flexibility in the challenge. I love how Outriders rewards aggression, forcing you to deal damage in order to heal yourself. Players will constantly be drawn to the cover-based combat that blends beautifully with addictive random loot elements. On top of that, every weapon can be modified and upgraded to suit different playstyles.

If the variety of weaponry and armor weren’t enough to keep players happy, Outriders has implemented a fantastic job class system, granting each style a completely unique, powerful set of combat abilities. From immolating foes behind cover as the Pyromancer, to warping behind enemies as a Trickster, to the Technomancer’s sniping and gadgets, to the Devastator’s in-your-face rock-based earthquakes, there’s something here for everyone’s playstyle. Each class also gets three skill trees to further customize your experience. These can be modified and enhanced depending on the gear mods you have equipped. Classes complement one another, too, allowing a diverse crew of up to three people to connect and take on challenges together. 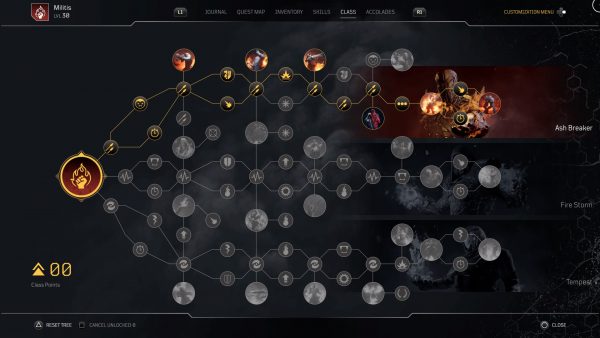 With a welcome variety of environments and plenty of areas to explore, Outriders will give you lots to do. From taking on the slew of hunts, bounties, and side missions to completing your in-game accolades, you’ll wonder when to focus on the main story. As with most loot-driven games, finishing the narrative doesn’t end your experience. You can take on additional tasks to overcome foes and search for loot after the credits roll. 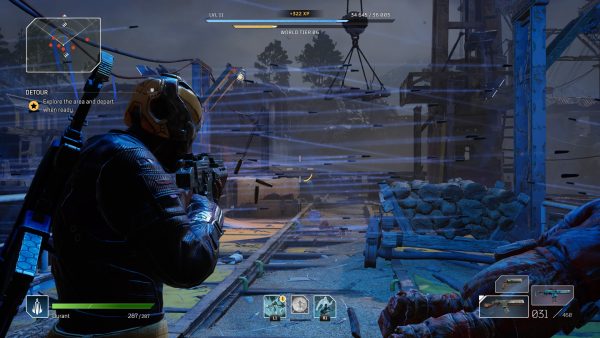 With regards to the game’s aesthetic, Outriders is a fantastic-looking game. From lush jungles to deserts to icy mountains and volcanos, the game has fantastic environmental variety. This keeps things from feeling stale. Enemy design is fairly diverse as well, showcasing alien beasts and birds, Mad Max-like enemies, and altered superhumans. What voice acting there is feels well done for the most part, though there are a few dull moments. The game’s sense of humor helps break up a bit of that, though. Don’t forget, each class has a wide range of superpowers that all look incredible as well. From setting a volcanic eruption under someone’s feet to watching them disintegrate after being sliced with a temporal blade, the attention to detail feels fresh every time. 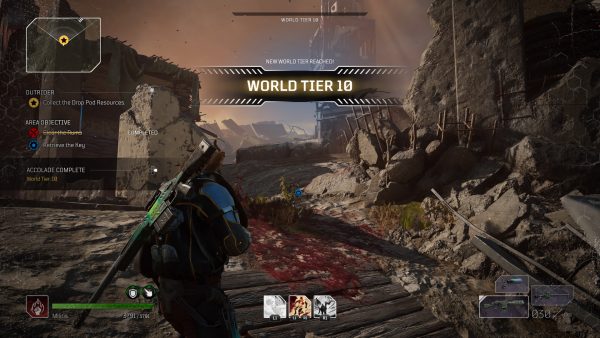 Outriders has undoubtedly had a rocky technical start. Despite that, it has proven itself to be one of the most challenging, rewarding, addictive games I’ve played in years. The narrative probably won’t blow anyone out of the water, but it’s a fun ride with some good moments. The gameplay loop will keep you coming back for dozens of hours, though. Now if you’ll excuse me, I have some more exploring to do.

Outriders is a fantastic third person shooter with addictive loot mechanics, fun superhuman powers, and a solid narrative anyone without an aversion to foul language can enjoy.